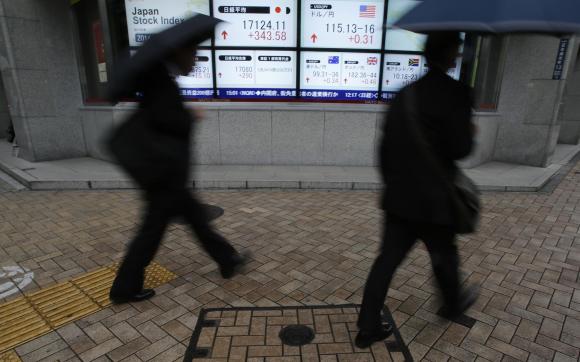 (Reuters) – Asian shares took solace from data showing broad U.S. economic strength even as signs of spreading weakness in China and Europe checked risk appetite, while the yen nursed its losses after sliding to multi-year lows against the dollar and euro overnight. MSCI’s broadest index of Asia-Pacific shares outside Japan was up slightly in early trade. It was on track for a weekly loss of over 1 percent, but was underpinned by record finishes […]

LONDON, Nov 18 (Reuters) – If Saudi Oil Minister Ali al Naimi wants to stop conspiracy theories spreading before a crucial OPEC meeting next week, it’s too late. Naimi’s intervention last week after a two-month silence failed to address a question energy markets want answered: is the OPEC leader no longer willing to defend oil prices which have dived by a third to their lowest since 2010, and is it pursuing new commercial or even geopolitical goals? […] 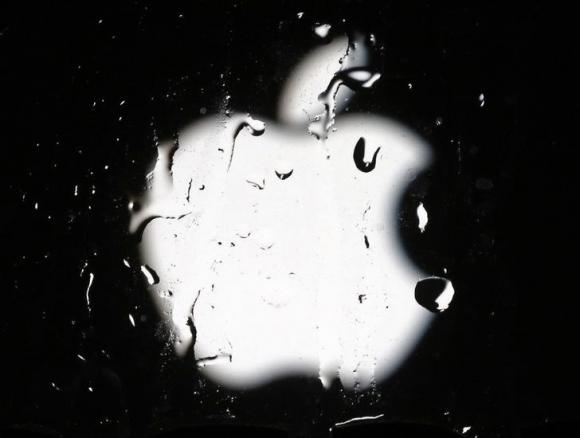 (Reuters) – Apple Inc will bundle the subscription music service it bought from Beats into its iOS operating system early next year, the Financial Times reported. The inclusion of the paid-for Beats service in an iOS softwareupdate, which would instantly make it available on millions of iPhones and iPads, could happen as early as March, the daily reported, citing people familiar with the situation. The move will mark the company’s first big push into subscription music, at a […] 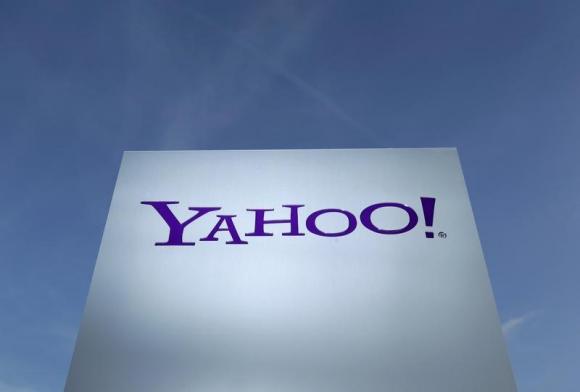 (Reuters) – Yahoo Inc struck a deal with Firefox maker Mozilla Corp to replace Google Inc as the default search engine on the Firefox Web browser in the United States, a move that Yahoo Chief Executive Marissa Mayer said will help boost its flagging search market share. The deal between the two companies will start in December and is set to last five years, Yahoo said. Mayer would not disclose the financial terms other than to say that the […] 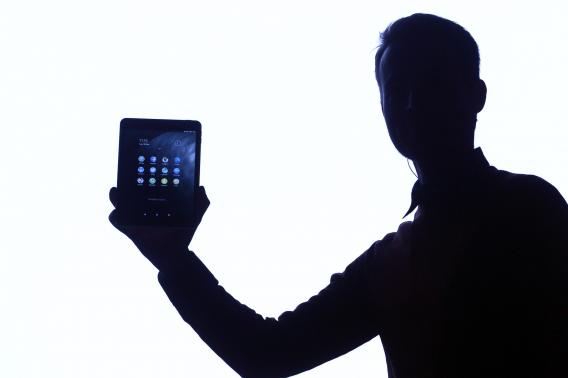 Nokia revives the brand with launch of iPad lookalike

(Reuters) – Finland’s Nokia (NOK1V.HE) launched a new brand-licensed tablet computer on Tuesday which is designed to rival Apple’s(AAPL.O) iPad Mini, just six months after the company sold its ailing phones and devices business to Microsoft(MSFT.O) for over $7 billion. Nokia, a name which was once synonymous with mobile phones until first Apple and then Samsung Electronics (005930.KS) eclipsed the Finnish company with the advent of smart phones, said the manufacturing, distribution and sales of the new N1 […] 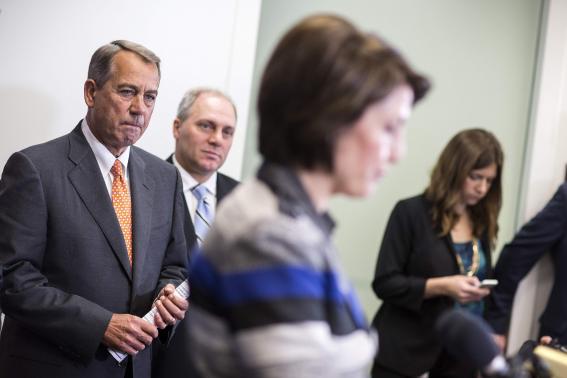 (Reuters) – The U.S. Senate on Tuesday narrowly failed to pass a bill that would have approved construction of the controversial Keystone XL pipeline, rejecting a measure the House of Representatives approved last week. The vote count was 59-41 in favor, but 60 “ayes” would have been needed to assure passage. Fourteen Democrats voted for the bill, joining all 45 Republicans who voted to support the pipeline. TransCanada Corp’s $8 billion pipeline would help transport crude oil from […] 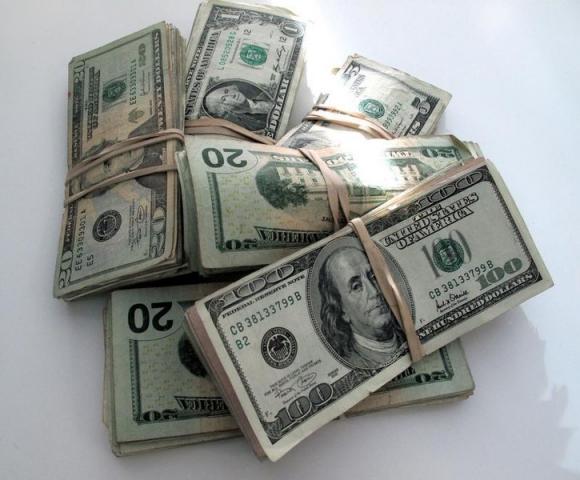 (Reuters) – Seven of the 30 largest U.S. corporations paid more money to their chief executive officers last year than they paid in U.S. federal income taxes, according to a study released on Tuesday that was disputed by at least one of the companies. Amid talk in Washington about corporate tax reform, the study said the seven companies, which in 2013 reported more than $74 billion in combined U.S. pre-tax profits, came out ahead on […] 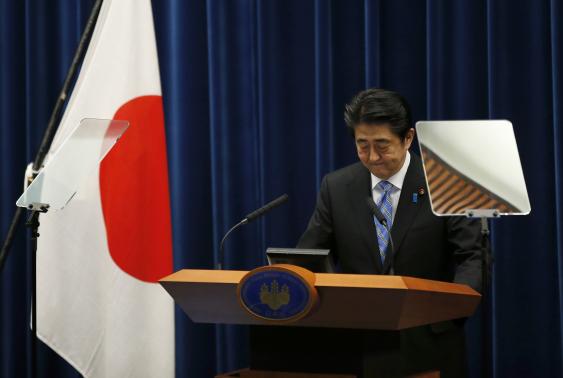 (Reuters) – Japanese Prime Minister Shinzo Abe said on Tuesday that he would call an early election to seek a fresh mandate for his economic policies, and postpone an unpopular sales tax rise, a day after data showed the economy had slipped back into recession. The world’s third-biggest economy unexpectedly shrank for a second consecutive quarter in July-September, a sign the pain from an initial rise in the sales tax to 8 percent from 5 percent in April was […] 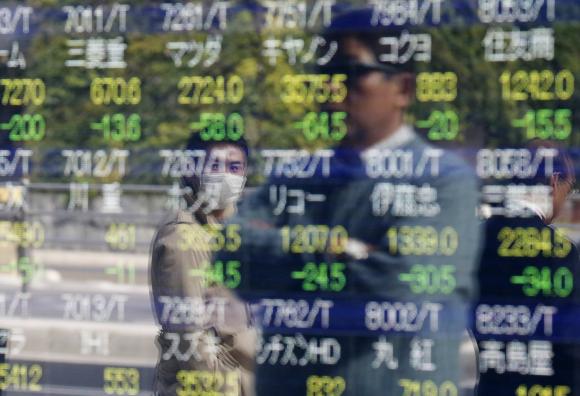 (Reuters) – Data showing Japan slipped into recession in the third quarter raised concerns on Monday about global economic health, hitting stocks and the price of oil. European shares fell and Wall Street looked set to open lower, according to index futures ESc1 1YNc1. Tokyo’s Nikkei index .N225 lost 3 percent, its biggest one-day drop since August, after the news that the world’s third-largesteconomy unexpectedly shrank by an annualized 1.6 percent in July-September. This followed a 7.3 percent contraction in the previous quarter caused […] 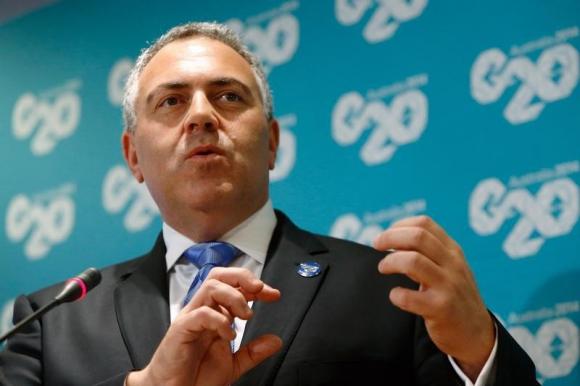 (Reuters) – Australian Treasurer Joe Hockey said on Sunday the Group of 20 countries will exceed a target to boost global growth by an additional 2 percentage points over the next five years. “The 2 percent target that we announced in Sydney has been met,” Hockey told ABC television ahead of Sunday’s meetings of the G20 leaders in Brisbane. “It will go further.” Hockey did not specify by how much the G20 would exceed the target. He said there […] 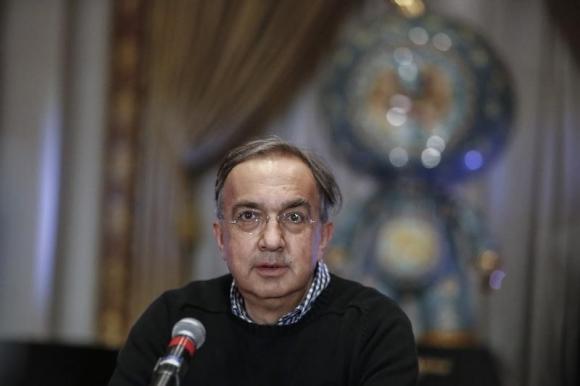 (Reuters) – A judge has ordered Sergio Marchionne, chief executive officer of Fiat Chrysler Automobiles (FCHA.MI) (FCAU.N), to give a deposition in a Georgia lawsuit involving a 4-year-old boy killed in a Jeep fuel-tank fire, the Wall Street Journal reported on Saturday. According to a civil suit filed by the boy’s family two years ago, he died while sitting in the rear seat of a 1999 Jeep Grand Cherokee which was hit from behind, it […] Brazilian federal police arrested 18 people suspected of involvement in a far-reaching corruption and money-laundering scandal connected to the state-run oil company, Petróleo Brasileiro SA on Friday (November 14). A former executive of the state-run company, Renato Duque, was among those arrested as part of the investigation which sent the oil company’s shares and bonds tumbling after the widening scandal forced it to delay the release of its financial results. Duque, the former engineering director, was the second […]