QUEZON City, Philippines (January 14) – Filipinos are known to be inherently cheerful, always have a knack of inventing things, most especially if it’s funny. Election is nearly approaching that’s why more meme makers are making the best memes that will trend this 2016. Even with a limit of not less than five words, a person is seen laughing so hard, these memes have tickled every netizens’ funny bones.

Memes are simple ways to label a type of humor or joke, usually something that was funny because it was derivative of a social practice or a prior joke. It is fun seeing memes on the internet for the young generation, but unfortunately, the older generation now at times don’t get it.  Filing libel case against netizens that make viral memes regarding the candidacy for the 2016 election doesn’t make any sense.

If you’re running for a position in the 2016 election, you are already considered a public figure. People will dig everything about your life, relationship, family, every issue that you are involved with, and of course, it includes making fun of your candidacy by means of creating memes, so, you just have to deal with it! 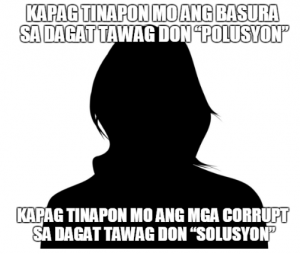 Yup! Sometimes those memes are too personal or too harsh, but memes during election are not only made to create humor but it tells something more important about the issue that the candidate are involve, of course, the people wants to get involved too, especially if there’s something to do with our beloved country and countrymen.

Because memes are potentially powerful communication tools, these became the voice of the public, particularly the small people that the government has taken for granted. These are their ways to sarcastically comment on long running election problems in the Philippines. And issues like political dynasties, power outages, and illegal campaign materials all made it to the memes.

Filing libel cases to those people who made memes is not the solution for the government in order to put a stop on it. The election memes are simple funny picture that means a lot. It means people want reform because they are seeking for the best leader of our country.