With Manila as its first stop, the 13th Israeli Film Festival promises to bring laughter all over the Philippines. 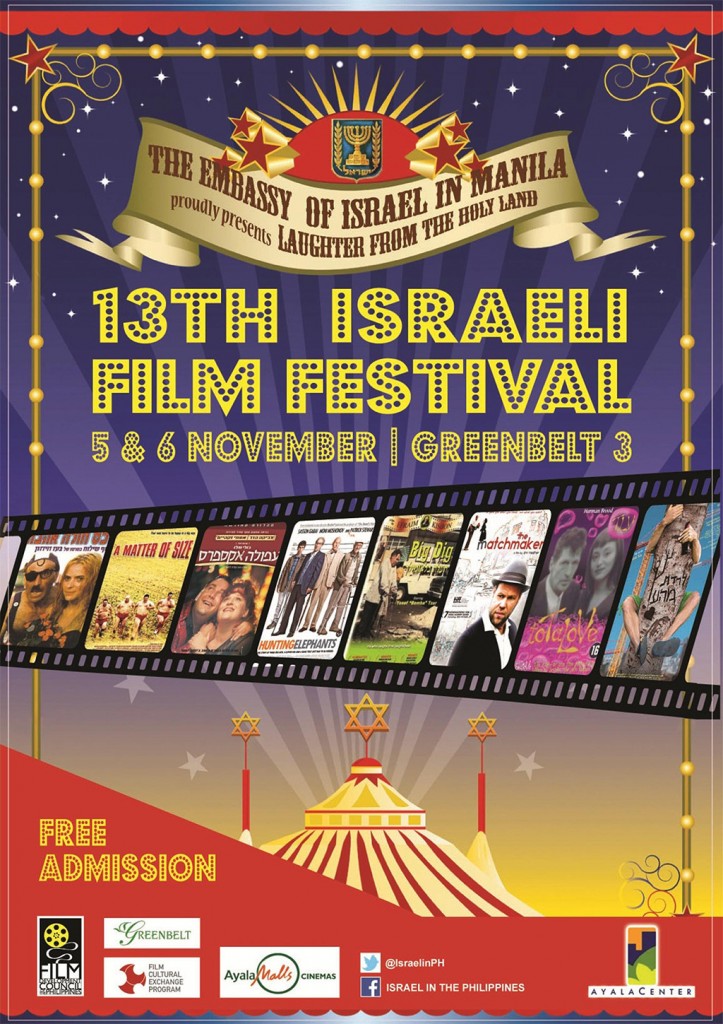 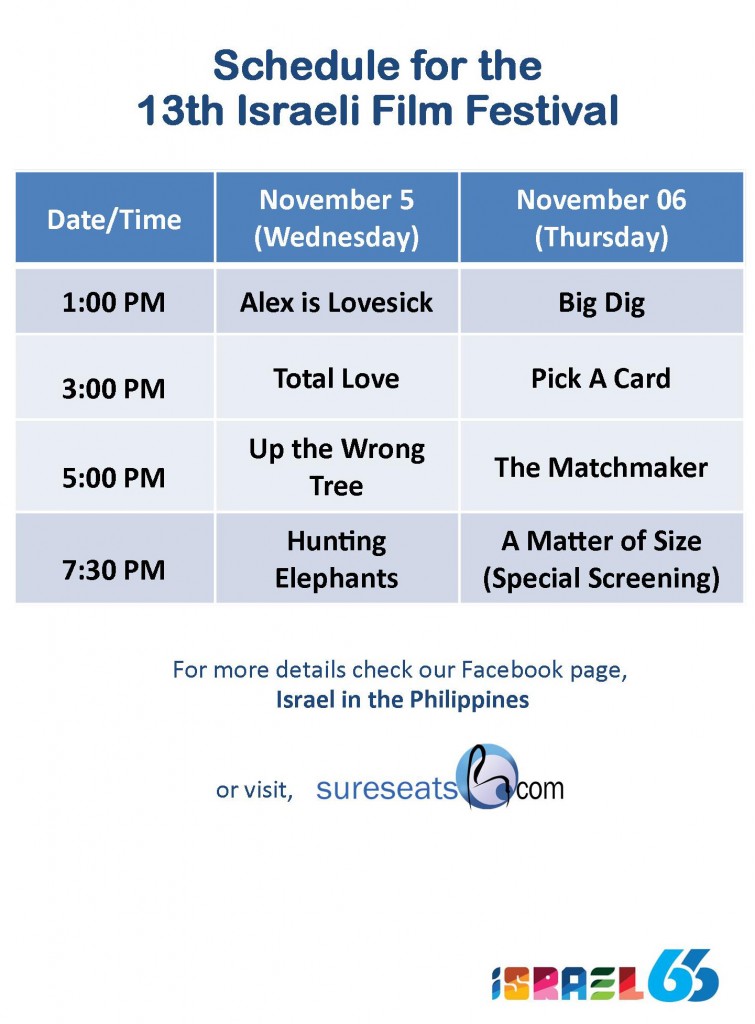 Said festival will start on November 5 and 6 in Greenbelt 3 Cinema, Makati City.

From there, it will travel up north to Baguio, then to Iloilo, then down south to Iloilo and Davao.

The Israeli Film Festival promises to warm the heart with its eight comedic films. And more importantly, the admission is free.