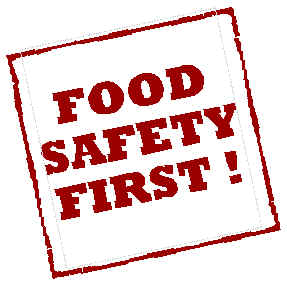 Food poisoning is an illness caused by eating contaminated food. It’s not usually serious and most people get better within a few days without treatment.

In most cases of food poisoning, the food is contaminated by bacteria, such as salmonella or Escherichia coli (E. coli), or a virus, such as the norovirus.

A number of microorganisms can cause food poisoning. Common culprits include:

Salmonella. Salmonella bacteria are the leading cause of food poisoning in the United States. These bacteria usually get into foods when they come into contact with animal feces. The main causes of salmonella poisoning are eating dairy products, undercooked meat, and fresh produce that hasn’t been washed well.

E.coli (Escherichia coli). E. coli bacteria, too, usually get into food or water when they come into contact with animal feces. Eating undercooked ground beef is the most common cause of E. coli poisoning in the United States.

Campylobacter. These bacteria most commonly infect meat, poultry, and unpasteurized milk. Campylobacter also can contaminate water. As with other kinds of bacteria, these usually get into foods through contact with infected animal feces.

Staphylococcus aureus. These bacteria (which can be found in meats, prepared salads, and foods made with contaminated dairy products) spread through hand contact, sneezing, or coughing. That means the infection can be transmitted by people who prepare or handle food.

Shigella. Shigella bacteria can infect seafood or raw fruits and vegetables. Most of the time, these bacteria spreads when people prepare or handle food don’t wash their hands properly after using the bathroom.

Hepatitis A. People mostly get this virus from eating raw shellfish or foods that have been handled by someone who is infected. It can be hard to pinpoint the source of an infection because people may not get sick for 15 to 50 days afterward.

Noroviruses. These viruses usually contaminate food that’s been prepared by an infected handler.

The symptoms of food poisoning usually begin within one to two days of eating contaminated food, although they may start at any point between a few hours and several weeks later.

The main symptoms include:

In most cases, these symptoms will pass in a few days and you will make a full recovery.

Most people with food poisoning recover at home and don’t need any specific treatment, although there are some situations where you should see your GP for advice (see below).

Until you feel better, you should rest and drink fluids to prevent dehydration. Try to drink plenty of water, even if you can only sip it.

Eat when you feel up to it, but try small, light meals at first and stick to bland foods – such as toast, crackers, bananas and rice – until you begin to feel better.

Oral rehydration solutions (ORS), which are available from pharmacies, are recommended for more vulnerable people, such as the elderly and those with another health condition.

When to see your GP

In these situations, your GP may send off a stool sample for analysis and prescribe antibiotics, or they may refer you to hospital so you can be looked after more closely.

How is food contaminated?

Foods particularly susceptible to contamination if not handled, stored or cooked properly include:

Some ways of preventing food poisoning

Millions of people fall ill every year and many die as a result of eating unsafe food. Diarrheal diseases alone kill an estimated 1.5 million children annually, and most of these illnesses are attributed to contaminated food or drinking water. Proper food preparation can prevent most food borne diseases.

Infections caused by contaminated food have a much higher impact on populations with poor or fragile health status and can easily lead to serious illness and death. For infants, pregnant women, the sick and the elderly, the consequences of food borne disease are usually more severe and may be fatal.

·         There are many opportunities for food contamination to take place

Today’s food supply is complex and involves a range of different stages including on-farm production, slaughtering or harvesting, processing, storage, transport and distribution before the food reaches the consumers.

Globalization of food production and trade is making the food chain longer and complicates food borne disease outbreak investigation and product recall in case of emergency.

·         Food safety is multi-sectoral and multidisciplinary

To improve food safety, a multitude of different professionals are working together, making use of the best available science and technologies. Different governmental departments and agencies, encompassing public health, agriculture, education and trade, need to collaborate and communicate with each other and engage with the civil society including consumer groups.

·         Food contamination also affects the economy and society as a whole.

·         Some harmful bacteria are becoming resistant to drug treatments.

·         Consumers must be well informed on food safety practices.

People should make informed and wise food choices and adopt adequate behaviors. They should know common food hazards and how to handle food safely, using the information provided in food labeling.

Street foods are defined as foods and beverages prepared and sold by vendors in streets and other public places for immediate consumption without further processing or preparation.

Today, local authorities, international organizations and consumer associations are increasingly aware of the socioeconomic importance of street foods but also of their associated risks.

The major concern is related to food safety, but other concerns are also reported, such as sanitation problems (waste accumulation in the streets and the congestion of waste water drains), traffic congestion in the city also for pedestrians (occupation of sidewalks by street vendors and traffic accidents), illegal occupation of public or private space, and social problems (child labor, unfair competition to formal trade, etc.).

The risk of serious food poisoning outbreaks linked to street foods remains a threat in many parts of the world, with microbiological contamination being one of the most significant problems.

Food-borne pathogens are recognized as a major health hazard associated with street foods, the risk being dependent primarily on the type of food, and the method of preparation and conservation.

A lack of knowledge among street food vendors about the causes of food-borne disease is a major risk factor.

Improper use of additives (often unauthorized coloring agents), mycotoxins, heavy metals and other contaminants (such as pesticide residues) are additional hazards in street foods.

Although many consumers attach importance to hygiene in selecting a street food vendor, consumers are often unaware of the health hazards associated with street vended foods.

A doctor will ask about what your child ate most recently and when symptoms began. The doctor will do an exam, and might take a sample of blood, stool, or urine and send it to a lab for analysis. This will help the doctor find out which microorganism is causing the illness.

Usually, food poisoning runs its course and kids get better. Occasionally, though, doctors prescribe antibiotics to treat more severe types of bacterial food poisoning. If dehydration is severe, a child may need to be treated in a hospital with intravenous (IV) fluids.

Food poisoning usually goes away on its own in a few days. To help your child feel better in the meantime, make sure that he or she:

Do not give over-the-counter anti-diarrhea medications. These can make the symptoms of food poisoning last longer. When diarrhea and vomiting have stopped, offer your child small, bland, low-fat meals for a few days to prevent further stomach upset.

If symptoms become serious or you see signs of dehydration, call your doctor.