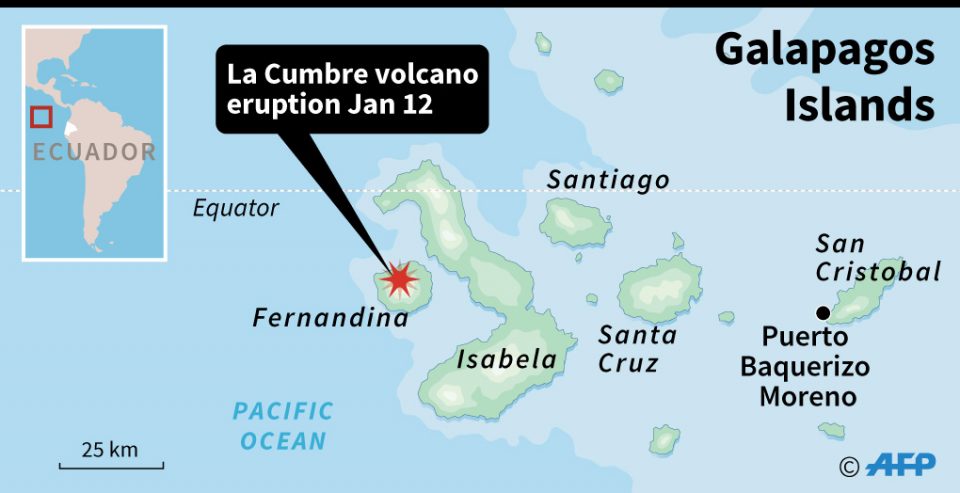 QUITO, Ecuador (AFP) — A volcano erupted on an uninhabited island in the Galapagos, Ecuadorian authorities said, spewing lava on the ecologically sensitive environment.

La Cumbre volcano on Fernandina island, one of the youngest in the archipelago, began erupting Sunday evening, Galapagos National Park (PNG) officials said in a statement.

The 1,467 meter high (4,813 feet) volcano has a crack along its south-eastern flank and “a lava flow descends to the coast”, PNG added.

The island is home to a number of species including iguanas, penguins, flightless cormorants, snakes, and an endemic rat, and has “very important” ecological value, PNG said.

Before the eruption, an earthquake with a magnitude of 4.7 was felt, according to the local Ecuadorian Geophysical Institute, followed by 29 aftershocks.

The volcano also erupted in June 2018.