When it comes to sports, victory comes sweet, but there can only be one declared winner.

But still, there are some who suffer defeat, even physical injuries and experience the agony of pain but continues to fight until the end.

And thus, the story of EBC Films’ “Guerrero Dos: Tuloy Ang Laban” continues, as the first Guerrero film’s main character boxer Ramon Guerrero, continues his fight even as he lays on a hospital bed, comatose.  But this time, in “Guerrero Dos” the storyline and main character shifts to his younger brother, Miguel, as portrayed by Julio Caesar Sabenorio, PMPC Star Awards 2018  Movie Child Actor winner.

“The story focuses on Miguel Guerrero and how he can make those people happy inside the hospital despite their illness.” The film will be premiered on October 29, 2019 in SM Megamall, Cinema 4. 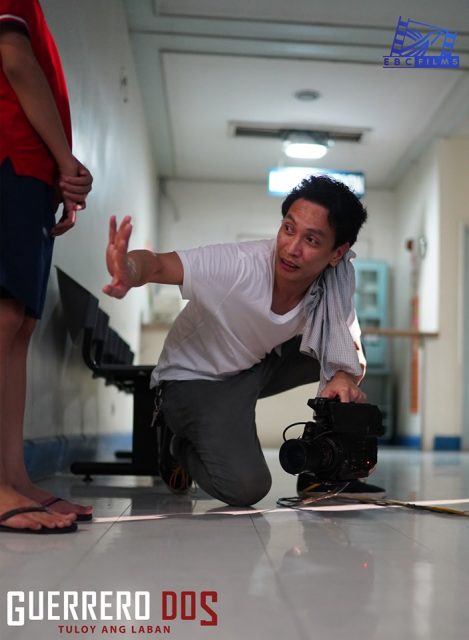 After his “kuya” or older brother Ramon was tragically knocked-out in boxing, putting him in a coma, Miguel realizes at an early age that the real fight, which is their life, must continue. Although he cannot leave his brother’s side at the hospital as he waits for him to wake up, he brings joy and hope to the people around him.

In the hospital, Delia, a woman experiencing severe depression attempted to end her life.  She is rescued and rushed to the hospital by her husband, Ruben. In the most unlikely ways and situations, their lives entangle as they face their own battles.

“Tuloy Ang Laban” (The Fight Continues) is an inspiring film that reminds us we are all “Guerreros” or warriors. We get hurt and we cry at times. We may lose some fights, but the battle that is life is still ahead of us, so we should not quit nor surrender.

In a previous interview on the set of “Guerrero Dos” at the New Era General Hospital in Quezon City, PMPC nominated actress for Best New Female Movie Star of the Year, Mia Suarez, explains how she prepared for her role.

Her character is Nurse Liza Rivera who balances her work and schooling schedule.
“We have workshops three times a week and of course devotional prayers,” she said.

Award-winning actor Victor Neri plays the role of Mang Cesar, a hospital patient who has a strong faith that he will eventually be healed.

“The character is going through trials. But just like a ‘kapatid,’ or a member of the Church, it is okay to cry as he hangs on to the words of God,” he said of his character in the movie. Guerrero Dos.

As to how he thinks success can be achieved, Neri says “being professional” is a factor.   But knowledge achieved through studies, attitude and, of course, prayers is the key.

“If you want to build a career, one of the speeches I heard that I will never forget: aral, attitude and panalangin.”

He recalls how he got into “Guerrero Dos.”

“It’s funny because the (film’s) director asked me to play a role in the movie Guerrero Dos while we were at the elevator. And, I am very happy to be invited because I already considered myself retired for quite sometime,” he said.

He recalls his first role as movie actor.  He also got to be a director early on.  He said his father allowed him to do what he wanted to achieve his dream.

“I cannot afford to pay for your tuition fee, let’s find out what you can do on your own,” De Guzman said recalling what his father told him then.

“So I did several things on my own, acting, writing, painting, directing and I was doing everything, I am jack of all trades.” De Guzman added.

The film Guerrero is directed by Carlo Ortega Cuevas, the director of the award-winning film “Walang Take Two.”