QUEZON City, Philippines (February 21) – It’s about time that we answer that age-old question? Which is better? The book or the movie?

I remember when the first Harry Potter movie came out and how my sisters persuaded my mom to watch it. I was just nine years old back then and all I care about is to play all day long as long as I am allowed to do so. My sisters vowed to do the household chores assigned to them with all their hearts, even offered that my mama can give them additional duties as long as they’ll be able to watch Harry Potter and the Philosopher’s stone at the mall in Cubao. Their reason for begging to watch it? They loved the book and they’ll surely adore the movie version of it. 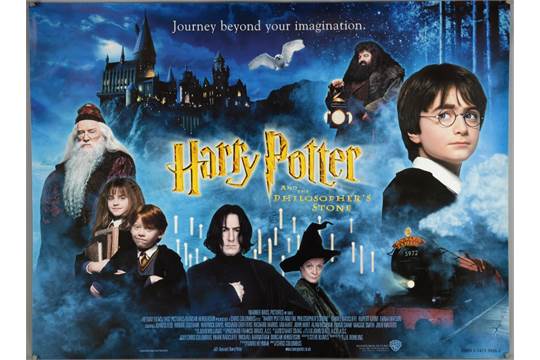 Since I was so young then, I had no idea what does it feel like to watch a movie that you know the scenes already. Or at least you have imagined how the characters would look like, how the lines were spoken and how the actual story would flow. However as I grow up and the franchise continue its winning streak in both worlds, publishing and film industry, I became a Harry Potter fan too and learned to understand my sisters’ actions when I was nine.

The Harry Potter series is just one of the many  books that were eventually turned into a motion picture. To site some from the long list, we have Beautiful Creatures, The Twilight Saga, Pride and Prejudice, The Mortal Instruments: City of Bones, Eragon, The Great Gatsby, Time Traveler’s Wife, The Fault in Our Stars and Extremely Loud and Incredibly Close.

Choosing between the books and their movie counterparts or vice versa is a very hard decision for anyone to make. Especially if you do love to read but you enjoy watching films too. It is like choosing a chocolate flavored cake over a cup of cookies and cream flavored ice cream; you want them both but your mom wouldn’t allow you to have both.

Some say that it has been established that books is the more viable choice, for you can bring it anywhere, read anytime of the time the day and the use of your is endless. It’s as if you have the power given by the author to interpret the things that he/she wrote about. Books also take you to places you have never been to and let you feel the emotions that you haven’t felt yet.

The use of your imagination is limitless, and it’s like you are being transported to a portal that you have never been to as you read the book.

On the other side, seeing the characters that were just in your mind before in the big screen is another thing. Watching the scenes you just imagined come to life makes us “that’s how I expected it to be!” or sometimes, “No, that shouldn’t be done that way”.

As a person who loves to read, I would always go for the book version. It does not matter whether I’ve seen the movie first then read the book or the other way around. There’s always this feeling that there’s more to the book than the movie version. However, for the people who doesn’t have much time to read or just not into reading, movies were a great alternative. In addition, I cannot deny the fact that there’s those movie adaptation that were greatly done, best example? Harry Potter!