Paris, France (AFP) — When scientists caught the aye-aye on video using its strangely thin, eight-centimetre-long middle finger to deeply pick its nose, it pointed towards a larger mystery: why exactly do some animals eat their own snot? 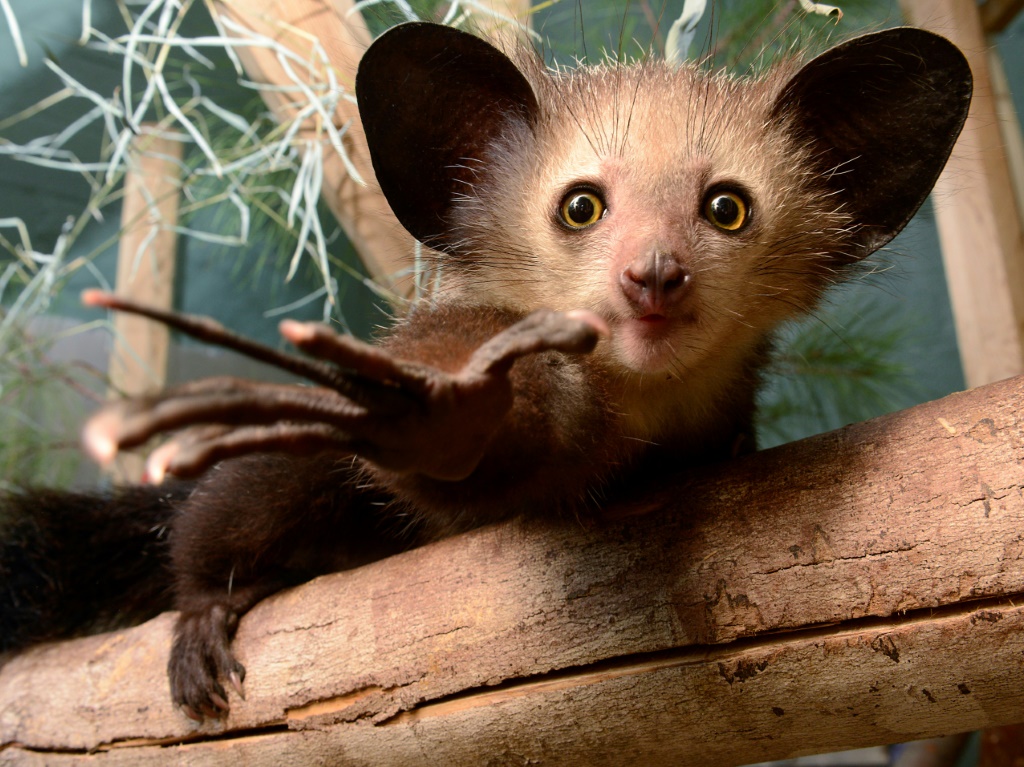 The footage resulted in research which names the aye-aye, a peculiar nocturnal lemur with big ears found only in Madagascar, as the 12th primate who picks their nose.

It joins an illustrious group that includes gorillas, chimpanzees, macaques — and of course humans.

Anne-Claire Fabre, an assistant professor at Switzerland’s University of Bern and lead author of a study published in the journal Zoology this week, told AFP that the researchers stumbled on the discovery “by chance”.

She said they were “surprised” by the behaviour of a female aye-aye named Kali, who was being filmed at the Duke Lemur Center in North Carolina in 2015.

In the video, “the aye-aye inserts the entire length of its extra-long, skinny and highly mobile middle finger into the nasal passages and then licks the nasal mucus collected”, the peer-reviewed study said.

“This video brings the number of species known to pick their nose to twelve,” it said, adding that they all have “fine manipulative skills”.

The middle fingers of aye-ayes are not only long and thin, but also have a unique ball and socket joint they use to knock on wood to locate grubs.
After seeing the video, “the first thing I was wondered is where this finger is going”, said Fabre, who is also an associate scientist at London’s Natural History Museum.

So the researchers used a CT scan of an aye-aye’s skull to reconstruct the finger’s journey, finding it probably went down the throat.

“There is no other possibility. Otherwise it would have gone into the brain and then they die,” Fabre said.

The researchers compared the finger’s probing to a very deep Covid test.

– ‘Gross’ –
But finding out exactly why aye-ayes — or other primates — pick their noses proved a more difficult task.

The scientists reviewed the existing literature and found that “most of it was jokes”, Fabre said.

They did find one study which suggested that nose-picking could spread bacteria in a harmful manner.
Another said that eating snot could stop bacteria from sticking to teeth, so it might be good for oral health.

So why is there so little research on nose picking?

“I think it’s just something that people didn’t think about because it’s considered to be gross,” Fabre said. However she added that lots of research has been done about coprophagia — animals eating their own excrement — which could also be considered gross.

The aye-aye, the world’s largest nocturnal primate, is highly endangered — in part because it is seen as a bad omen in its native Madagascar, she said.