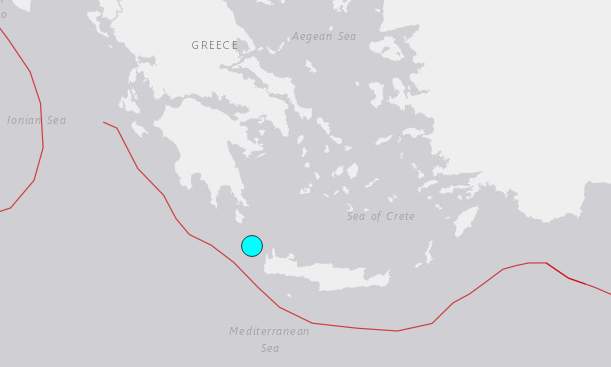 ATHENS, Greece (AFP) — A strong 6.1-magnitude undersea earthquake shook the Greek island of Crete on Wednesday and was felt in other parts of the country, officials said.

“It was a major earthquake, the whole island shook but fortunately so far no damage has been reported,” Crete regional governor Stavros Arnaoutakis told state TV ERT.

The tremor occurred a day after a 6.4-magnitude earthquake in Albania that has left more than 20 dead and hundreds injured.

Greece lies on major fault lines and is regularly hit by earthquakes but they rarely cause casualties.

In July 2017, a 6.7-magnitude earthquake killed two people on the island of Kos in the Aegean sea, causing significant damage.