Half of all people live in cities, which generate 70% of global CO2 emissions. As more Pinoys troop to these increasingly-crowded hubs to find jobs – heavy traffic, polluted air, clogged waterways and rising living costs have become a daily urban reality for millions. Three cities, all finalists for WWF’s Earth Hour City Challenge, are showing the country what can be done to make our cities a little greener.

Proclaimed as the Philippine Earth Hour National Capital, Santa Rosa City in Laguna has initiatives ranging from the erection of solar street lights to the construction of a composting facility designed to minimize landfill waste. Santa Rosa City will now be recognized along with 2016 Global Earth Hour Capital Paris this coming October in Quito, Ecuador. Santa Rosa City additionally placed 5 th in WWF’s We Love Cities Campaign, a related social media contest which was won by Bogor, a green city in Indonesia.

Placing 4 th in the We Love Cities Campaign is San Carlos City in Negros Occidental, which has positioned itself as the emerging Renewable Energy (RE) hub of Asia, hosting two solar parks, a bioethanol, plus a biomass power plant. WWF believes that a swift but careful transition to RE is critical to curb climate change.

Not to be outdone, Makati City in the National Capital Region is developing a center to provide barangay officials with the basic knowledge and design skills to be able to promote urban design projects designed not just to be eco-friendly, but to promote the respective cultural identity of each barangay. Makati placed 19 th in the We Love Cites Campaign.

First launched in 2011, WWF’s Earth Hour City Challenge is a year-long initiative designed to mobilize action and support cities in the global transition towards a climate friendly and one- planet future by stimulating the development and dissemination of best practices for climate mitigation and adaptation. Seven Philippine cities joined in August 2015 – Cagayan de Oro, Makati, Naga, Parañaque, San Carlos, Santa Rosa and Quezon City. A total of 124 cities from around the world joined the 2015 to 2016 challenge.

WWF-Philippines will recognize all three finalist cities in Manila on 12 August. “Each of our seven cities is a winner. We want to promote their solutions to hasten the transformation of our own urban hubs into eco-friendly, stress-free and low-carbon living spaces,” says Earth Hour Philippines Director Atty. Gia Ibay. “Traffic, smog and garbage don’t have to be our daily realities. We CAN make our cities more liveable and sustainable. The solutions are already here.” 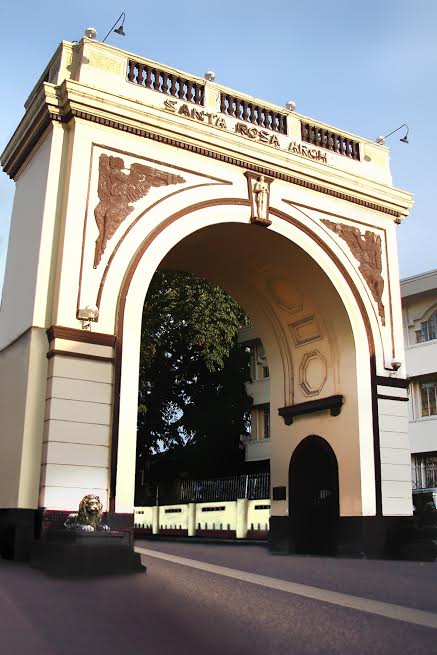 The country’s Earth Hour National Capital is Santa Rosa City in Laguna. It is a component city located along the south corridor of Luzon or about 40 kilometers of Metro Manila. Being the third largest town in the Province of Laguna, it has a land area of 55.48 square kilometers and a total population of 284,670 according to the 2010 Census. Its proximity and accessibility from Metro Manila makes it an ideal site for local and foreign businesses and suburban residences thus gaining its title as the Investment Capital of South Luzon. It is linked to the capital city and other southern provinces by the South Luzon Expressway (SLEX), the Manila South Road and the Philippine National Railroad south line. With its strategic location, the City of Santa Rosa has drastically changed from an agricultural town to an industrialized and highly urbanized city catering to industrial, commercial and residential land uses. (Sta. Rosa City)

WWF’s Earth Hour City Challenge is a year-long initiative designed to mobilize action and support cities in the global transition towards a climate friendly and one-planet future by stimulating the development and dissemination of best practices for climate mitigation and adaptation. (WWF)