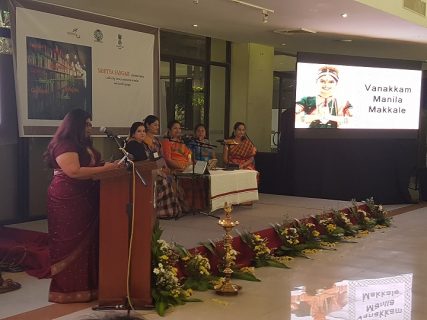 (Eagle News) — The Embassy of India, together with Bharati, the Expatriate Indian Women’s Association in the Philippines, hosted the Sahitya Sangam Literature Festival at the Forbes Park Pavilion in Makati City last April 26, 2019.

The festival celebrates India’s linguistic diversity and featured 11 of the 22 main languages in India through prose, poetry, song and dance.

One of the works featured was that of Rabrindranath Tagore, a Bengali poet, and the first non-European to win a Nobel prize in literature.

Another poet featured was Subhadra Kumari Chauhan who famous for her work about a queen of Jhansi who fought against the British, “Jhansi Ki Rani.” 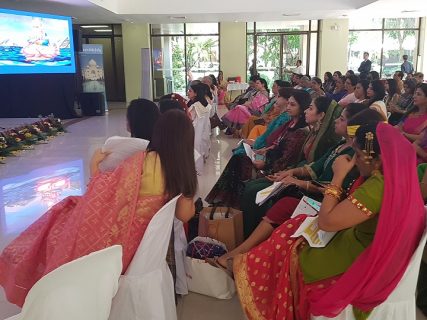 A country of nearly 1.3 billion people, India is a federal state with its provinces demarcated principally on linguistic grounds. There are presently 29 states and 7 centrally administered territories in India. The main 22 languages in India are enshrined in the Constitution of India, which demonstrates the importance attached to their growth and development. These languages, which have their own script, have rich literature, some of which go back thousands of years.