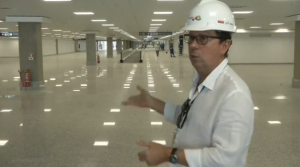 RIO DE JANEIRO, BRAZIL (Reuters) — A new pier at Rio de Janeiro’s international airport will open fully just a month before the start of the Olympic Games, authorities said on Thursday (March 10), after a series of setbacks.

The new Southern pier at the Tom Jobim airport, otherwise known as Galeao, was initially set to be completed by April, authorities responsible for the developments said in November.

The 2-billion-real (500-million-U.S.-dollar) project to expand the airport’s Terminal 2 will now open fully in July to receive an expected 1.5 million passengers arriving for the Games, according to President of the Rio Galeao group, Luiz Rocha.

“Especially for the Olympics, the pier will begin to operate in May, but from July onwards we will have everything complete and be operating normally to receive athletes, passengers, visitors, in all comfort of the new infrastructure,” said Rocha.

The Rio Galeao group has previously denied that Odebrecht, one of the contracted company’s involvement in a sweeping corruption scandal has affected the progression of the works. 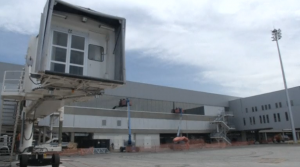 Rocha also stressed that several steps were being taken to control the spread of Zika, which the World Health Organisation declared an international public health emergency on February 1.

“There is already a series of measures in place tackling (mosquito) breeding grounds around the area, training, and air conditioning. These are the measures which can be carried out, taking into account the different temperatures and the rains in the middle of the year. We believe it will be a success,” said Rocha.