(Eagle News) — President Rodrigo Duterte conducted an aerial inspection of areas hardest hit by typhoon Ulysses (international name Vamco), particularly focusing on the Marikina and Montalban areas which are experiencing severe floods similar to what happened in 2009 due to Tropical Storm Ondoy.

Duterte made the inspection after addressing briefly the 37th ASEAN Summit where he had asked permission to be excused from participating in further meetings with ASEAN leaders as he had to attend to the country’s needs amid typhoon Ulysses’ wrath.

The typhoon hit wider areas of Luzon than those affected by the previous disastrous weather calamities — super typhoon Rolly (Goni) and typhoon Quinta — that had mainly hit the Bicol region.

Ulysses pummeled the Philippine capital of Metro Manila and surrounding provinces in Central Luzon and Southern Tagalog, as well as the Ilocos region, Cagayan Calley and Bicol region.

Senator Christopher “Bong” Go, who had been Duterte’s close aide since he was the mayor of Davao City, was with him in the aerial inspection Thursday. 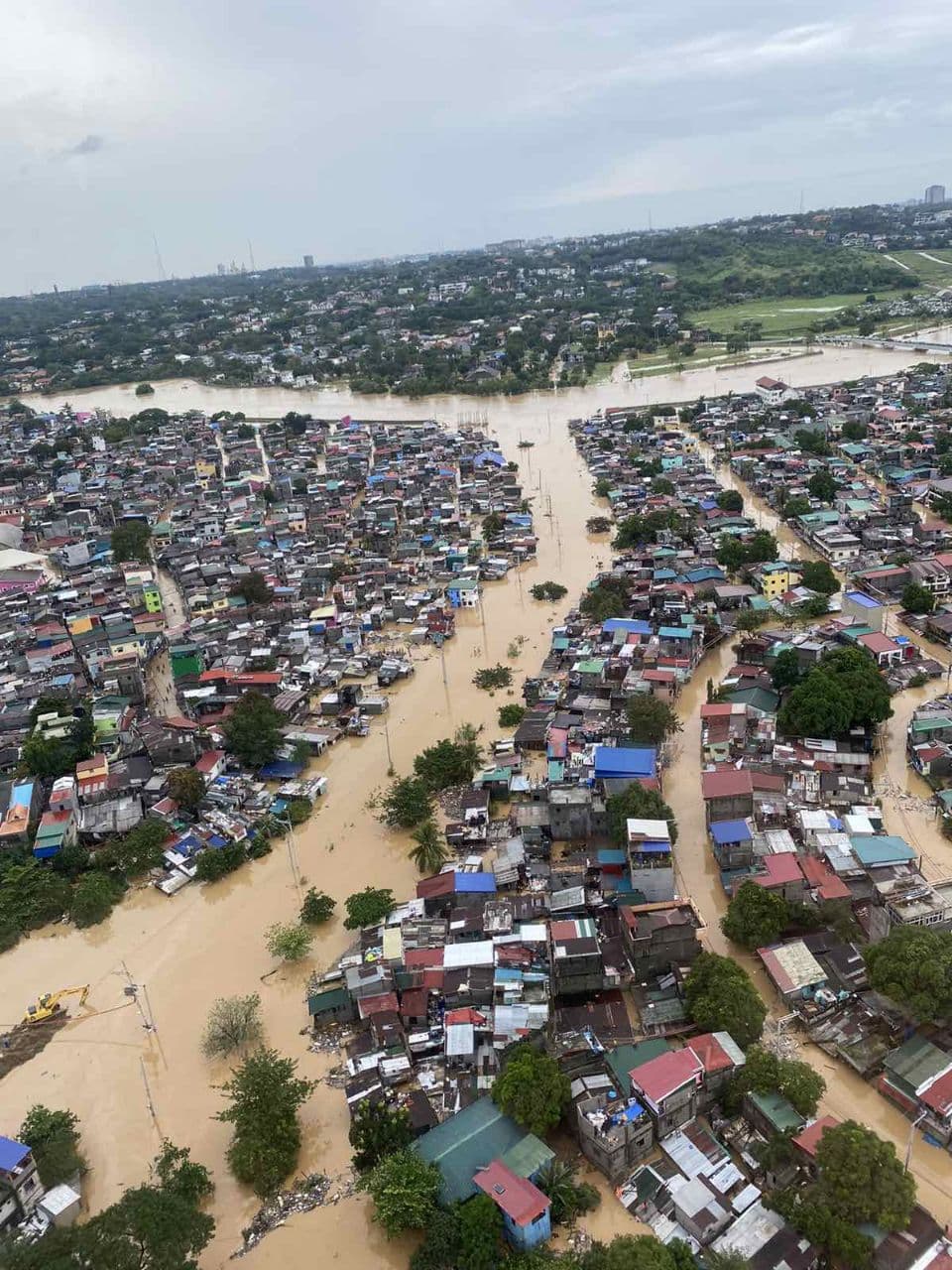 The PCG particularly used rubber boats to get into areas submerged in flood waters, to rescue people who have been stranded in the rooftops of their houses for hours.