(Reuters) – The brothers of actor Paul Walker, who died in November, will fill in for the late action star in order to complete scenes in the upcoming film “Fast & Furious 7,” according to a statement posted on the film’s Face 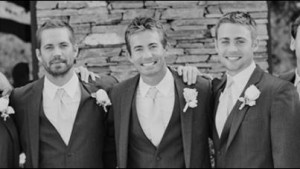 Caleb and Cody Walker will help finish action scenes for their brother and “fill in small gaps left in production,” the statement said.

“Having them on set has made us all feel that Paul is with us, too,” the statement said.

Walker was on break from filming “Fast & Furious 7” at the time of his death, which led to a temporary halt in production.

The actor had become an emblem of street racing and car culture in the role of law enforcement officer Brian O’Conner in five of the six “Fast & Furious” films about illegal street racing, heists and organized crime.

Universal Pictures, which is owned by Comcast, subsequently pushed back the release of the seventh installment of the highly lucrative franchise by nine months to April 2015.

Walker’s penultimate film role was in “Brick Mansions,” which will be released in U.S. theaters on April 25.