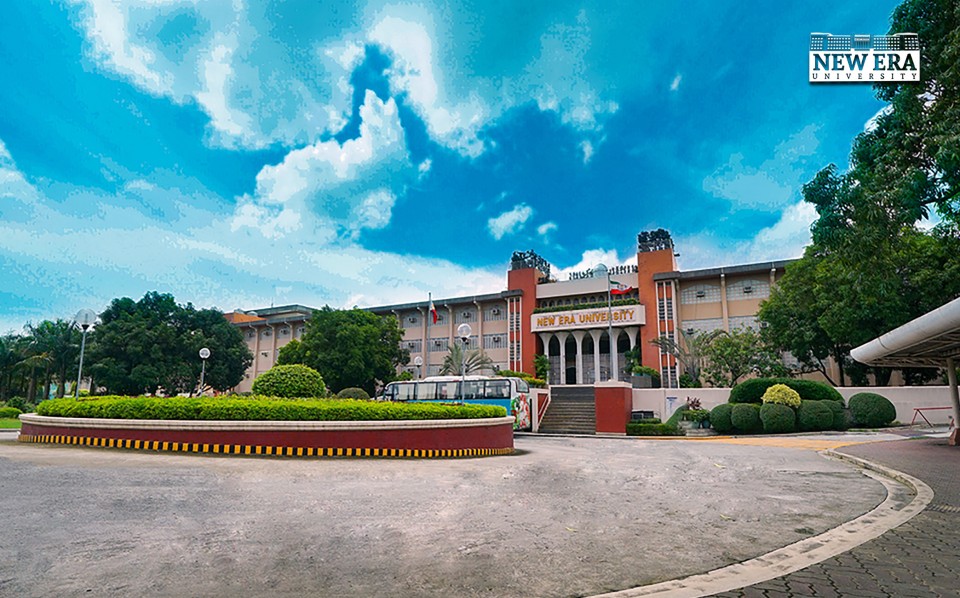 (Eagle News) — With the theme, “Innovating to Cope with the #NEUNormal,” the New Era University announced the successful graduation of 5,366 students for the Academic Year 2019-2020 done through online commencement exercises.

The NEU said that graduating pupils and students from Kinder up to the 18 colleges of the university’s main campus and its various branches successfully completed their education since Oct. 4, 2020.

“The Commencement Exercises, with the theme ‘NEU Graduates: Innovating to Cope with the New Normal’, were held online via videostreaming through the official YouTube Channel of the University throughout November 24 and December 1, due to the large number of graduates,” the NEU said in a release.

The NEU said that its various departments and colleges “ensured that the Commencement Exercises will be uniquely special, as is befitting of the commemorations for the 45th year of its existence.”

-Innovating to adapt to the new normal-

University President Dr. Nilo L. Rosas noted how the theme of the NEU Commencement Exercises highlighted how the university adapted to the new normal amid the COVID-19 pandemic that has disrupted people’s lives all over the world.

The theme reflects our current situation in which even though the pandemic is weighing heavily on people’s minds, we at New Era University should innovate and learn to change in order to adapt to this ‘new normal,” Dr. Rosas said.

“This means that the pandemic may have brought the world to a momentary standstill, but as part of the NEU family, the graduates should continue on doing selfless acts of charitable deeds, for the sake of the common good,” he explained.

He noted that despite the ongoing pandemic and other calamitous events this year, NEU gave 5,366 young men and women renewed hope when they were announced as graduates for Academic Year 2019-2020.

In her speech for the virtual community during the NEU graduation, Atty. Cinderella Filipina S. Benitez-Jaro, Executive Director of the Commission on Higher Education (CHED) and NEU Alumna, encouraged the graduates to “create plans to transform the daunting challenges” that people face in these times.

Atty. Randy B. Escolango, Deputy Commissioner of the Insurance Commission of the Philippines noted how the graduates today are truly fortunate to have the rare chance of being able to graduate.

“It is but appropriate that you treasure this moment and thank those who supported you along the way to achieve this great accomplishment,” he said. He is also the President of the NEU Alumni Association Inc. (NEUAAI).

This was also the message of another speaker, Dr. Cherrie Melanie Ancheta-Diego, Director IV of CHED’s Office of Program Standards and Development (OPSD) who remarked on the NEU graduates’ achievements and the challenges that they had to overcome under the new normal.

Dr. Rebecca S. Supan, former Principal of the Integrated School, also reminded the graduates: “May you never forget the Christian values that your teachers instilled in your young hearts and minds.” 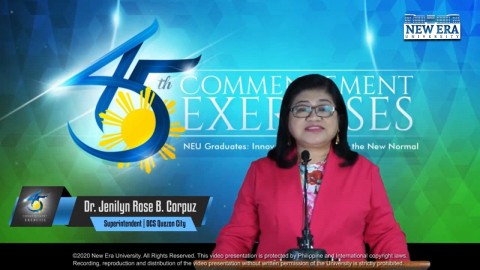 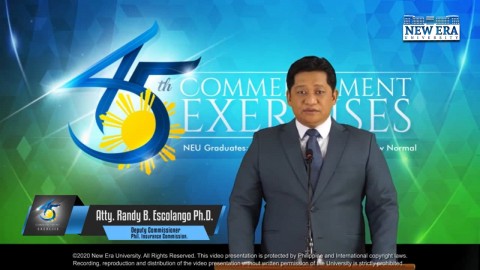 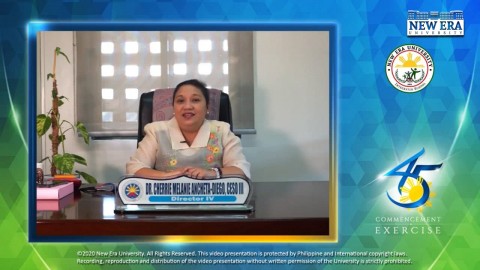 NEU, in its release, said it will continue on “delivering world-class education in service of humanity, founded upon the timeless principles of excellence and discipline.”

Founded in 1975, New Era University (NEU) is a non-stock, non-profit, and non-sectarian institution of learning which caters to the educational needs of the youth of today. The University offers a complete K to 12 basic education cycle, Baccalaureate degrees in its 18 colleges which include Medicine, Law, Engineering and Agriculture, and Graduate Schools in Business Administration and Education. The University also offers alternative means to education, through its implementation of the Alternative Learning Systems (ALS) and the Expanded Tertiary Education Equivalency and Accreditation Program (ETEEAP). NEU is one of the premier universities in the country offering online education, backed up by more than 10 years’ experience in providing online and distance learning.

(With a release and photos from NEU Information Office)