Proclamation No. 524 – The Philippine celebration of the International Year of Rice in 2004, and declaring the month of November as National Rice Awareness Month

WHEREAS, the Government continually supports the ideals of the United Nations (UN) and recognizes the importance of the declaration of 2004 as the International Year of Rice (IYR);
WHEREAS, the Philippines was instrumental to have 2004 declared as IYR;
WHEREAS, the UN Declaration of 2004 as IYR emphasizes the heightening of public awareness on rice and its interrelationship with malnutrition and poverty in order to sustain the attainment of global food security;
WHEREAS, the Government recognizes the role of rice in providing food and in helping alleviate poverty among Filipinos; 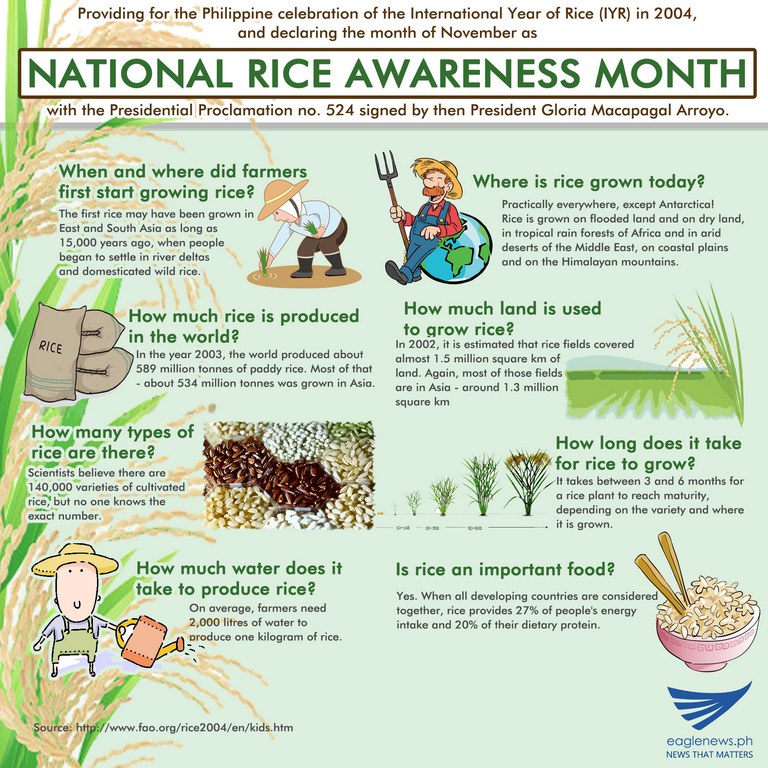 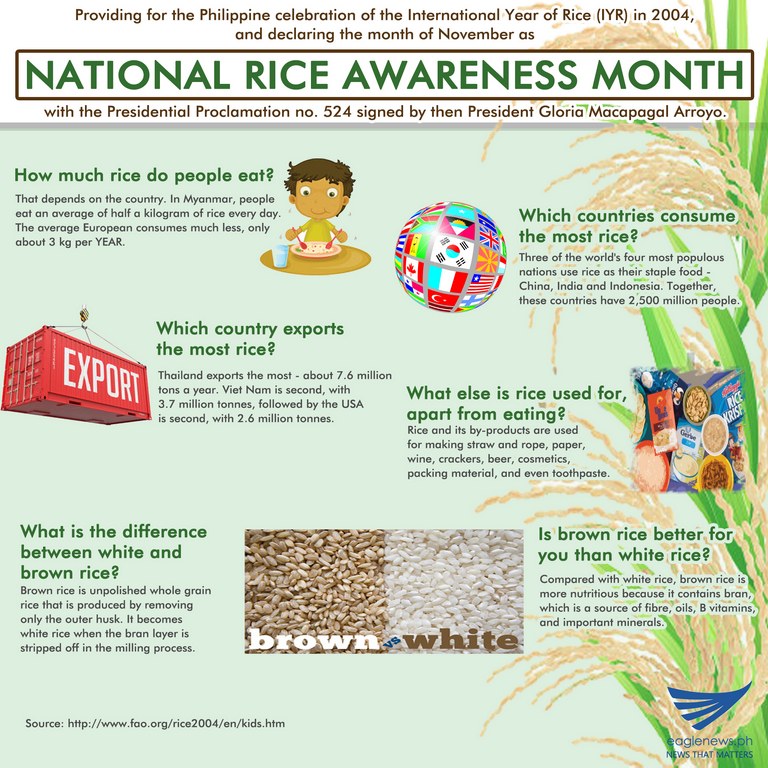 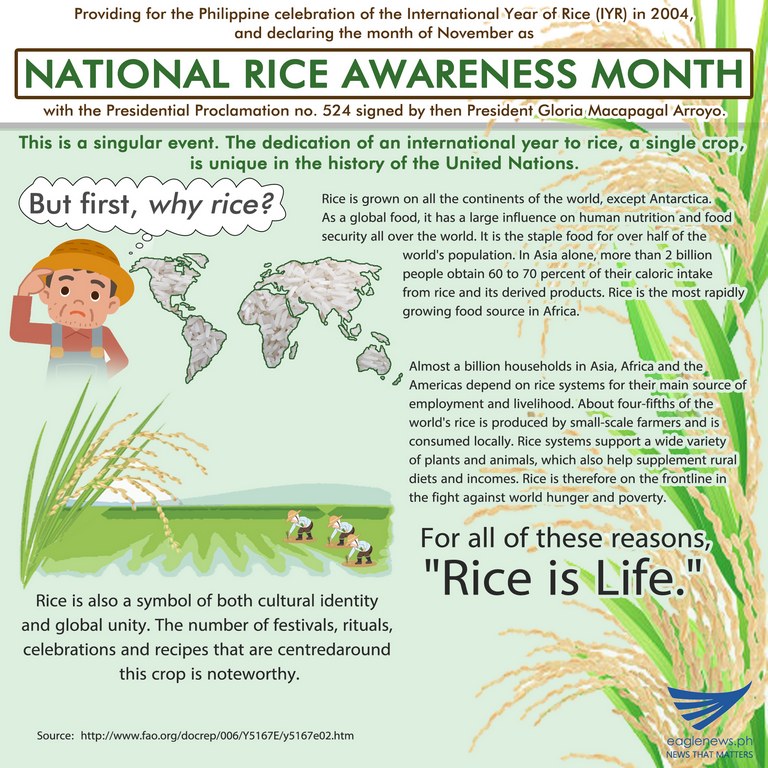 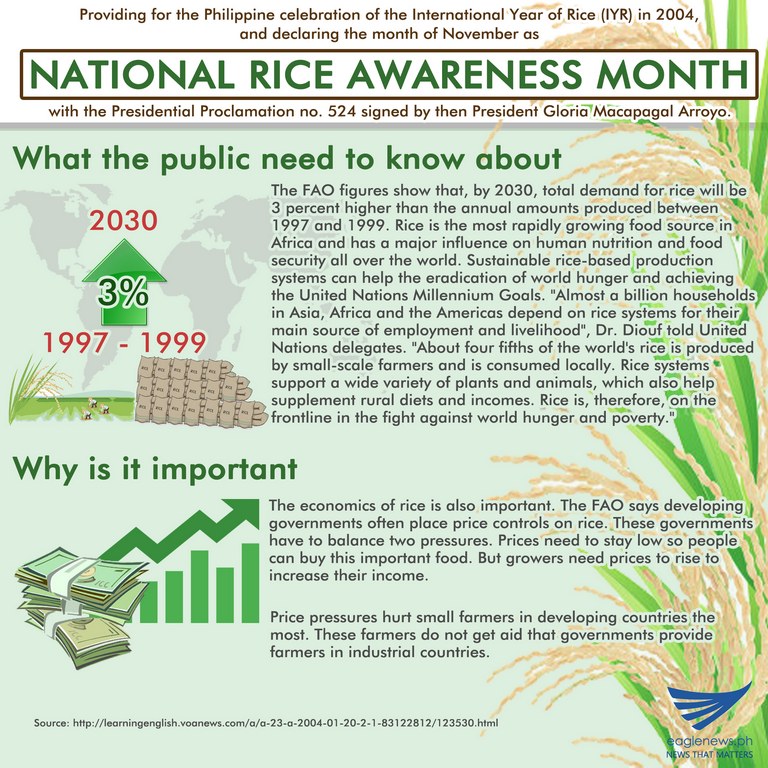 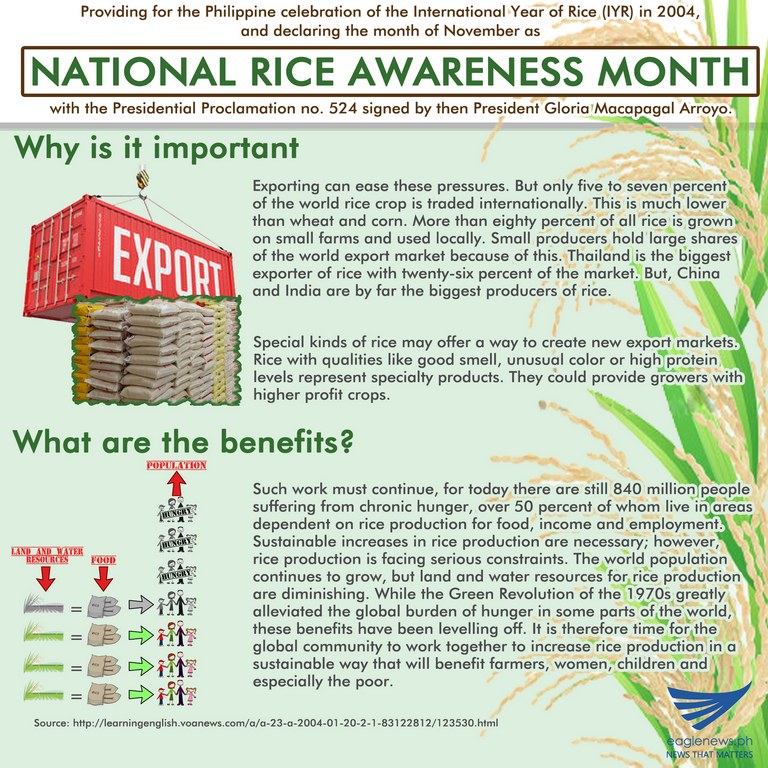