QUEZON City, Philippines (January 27) – For the third time in the history, Miss Universe is happening in the Philippines!  Filipinos are well-known for being pageant enthusiasts, that’s why there is no doubt that among all the countries in the world, we  are the ones who are  most excited and happy for the upcoming international event.

Last September 2016, when the Department of Tourism finally announced that the Philippines will host the prestigious pageant, many fans can barely hold in their excitement. Others were planning to watch the coronation at the Mall of Asia Arena live, and started saving up their hard-earned cash since they already had the idea on how much a Coronation ticket will cost. 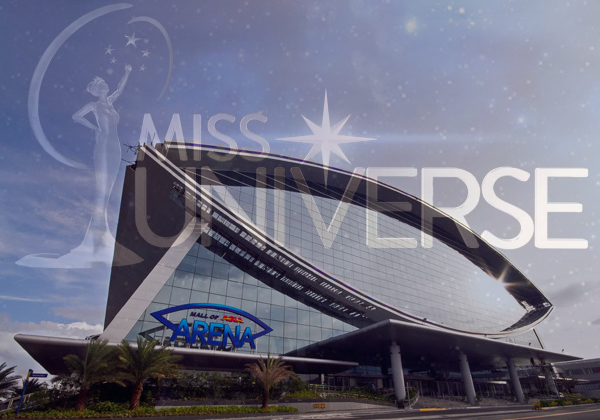 Earlier, last December some of the contestants for the pageant including Thailand, Indonesia, Australia, and USA arrived in Manila for the Miss Universe Kick-off Party. As if still unable to believe it, many Filipino fans were overwhelmed knowing that the pageant is really happening in the Philippines.

January 13 was a much-awaited date as it was the day when majority of the Miss Universe  candidates were set to arrive. Members of the media and some of the fans were already waiting at The Ninoy Aquino International Airport, hoping to spot some of the contestants. Each of them was given a warm welcome by the Department of Tourism and Former Ilocos Sur Governor Chavit Singson.

Speaking of Chavit Singson, he is one of the major sponsors of the Miss Universe. He bought this luxury yacht from Italy called “Happy Life” that will be use by the Miss Universe contestants joining the activity on Batangas. Singson said that he shouldered $12 million or roughly Php 600 million with the luxury boat alone.

While the contestants are busy going about their hectic schedules and activities, various pageant blogs, and other pageant experts are already posting predictions on which countries have the chance of being one of the finalist for the Coronation night. Based on the performances on the recent activities, our very own Maxine Medina is one of the contestants who stood out from the beginning – together with Miss Colombia, Brazil, Venezuela, Thailand, Indonesia, USA, and Nicaragua. These contestants are fan favorites and are always included in the multiple Top Ten predictions online.

On the other hand, fans all-over the world, are also half-emotional as reigning Miss Universe, Pia Wurtzbach will be passing her crown to a new successor on the coronation night. Since we Filipinos are aiming for the back to back title, Miss Philippines Maxine Medina, is really doing her best to also get the crown. Fans all over the country are rooting for her since she also has the potential of being the next Miss Universe. #4M4MU dominates the twitter-sphere since it is the official hashtag of Maxine’s supporters. 4M is the abbreviation of Maxines’ full name “Maria Mika Maxine Medina”; while 4MU stands for “For Miss Universe”.

However, bashers are also making noises while the preliminary activities are on-going. Some fans are criticizing her communication skills, while the others are saying that she cannot win the title since the host country is the Philippines and it’ll be unfair for the other countries.

But then, supporters are dying for Miss Philippines to dominate the Miss Universe stage on the Coronation night. The preliminary pageant was held yesterday and Maxine’s performance’ satisfied the Filipino fans. Millions of people all over the world watched the live streaming of the pageant.

Truly, the Miss Universe fever is upon us!