(Eagle News) — The Manila International Airport Authority has released its list of operational commercial flights for Wednesday, May 5: 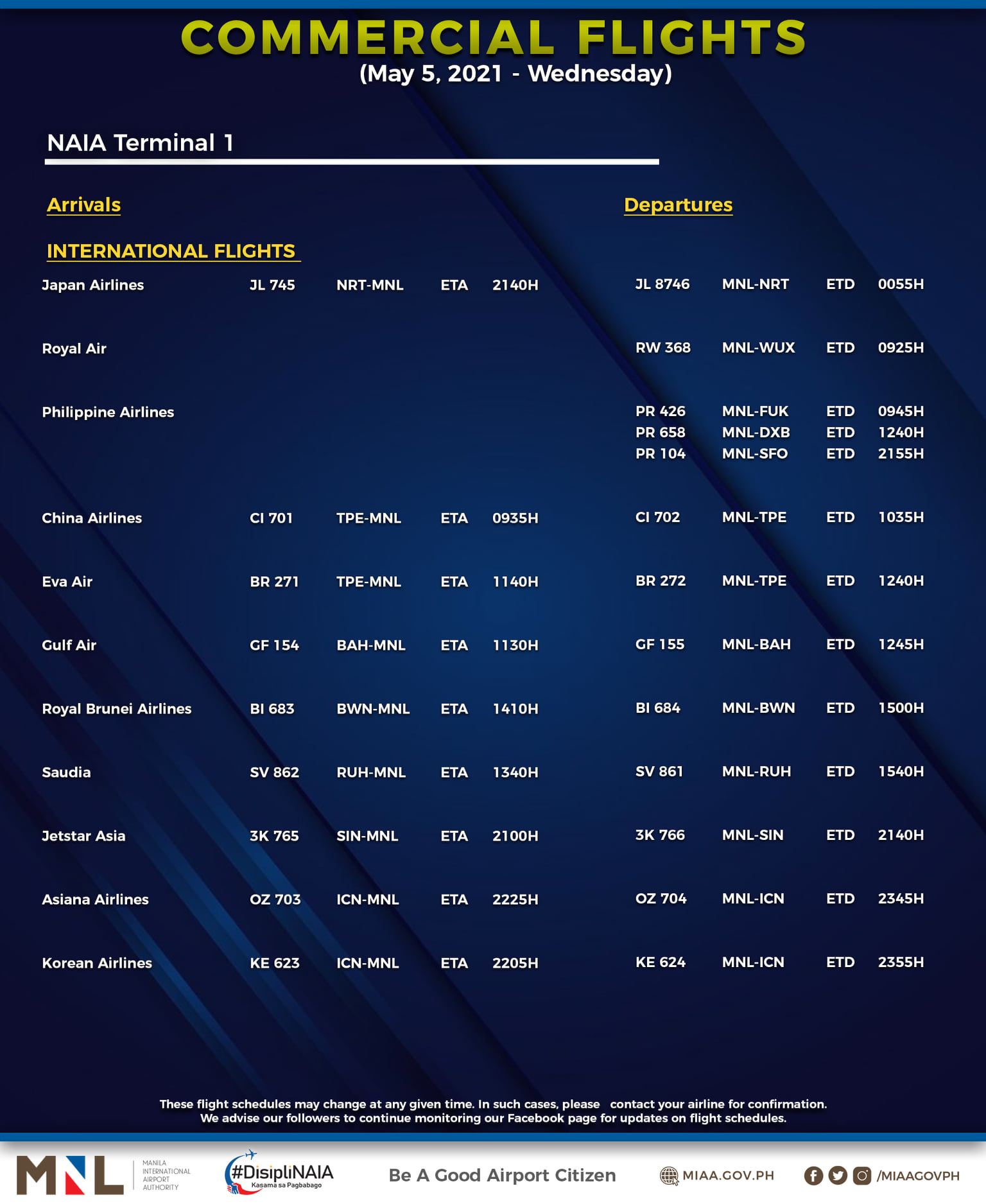 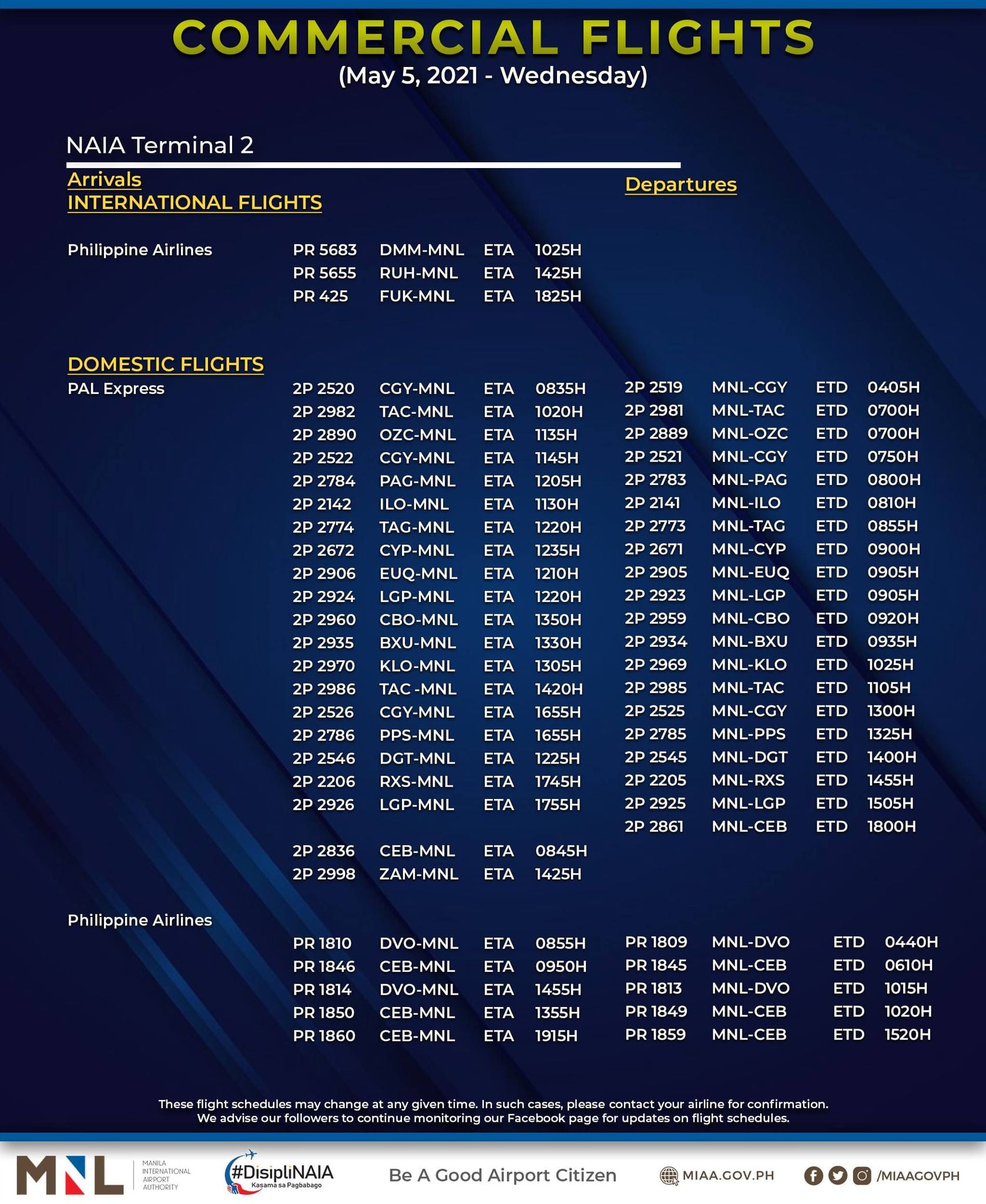 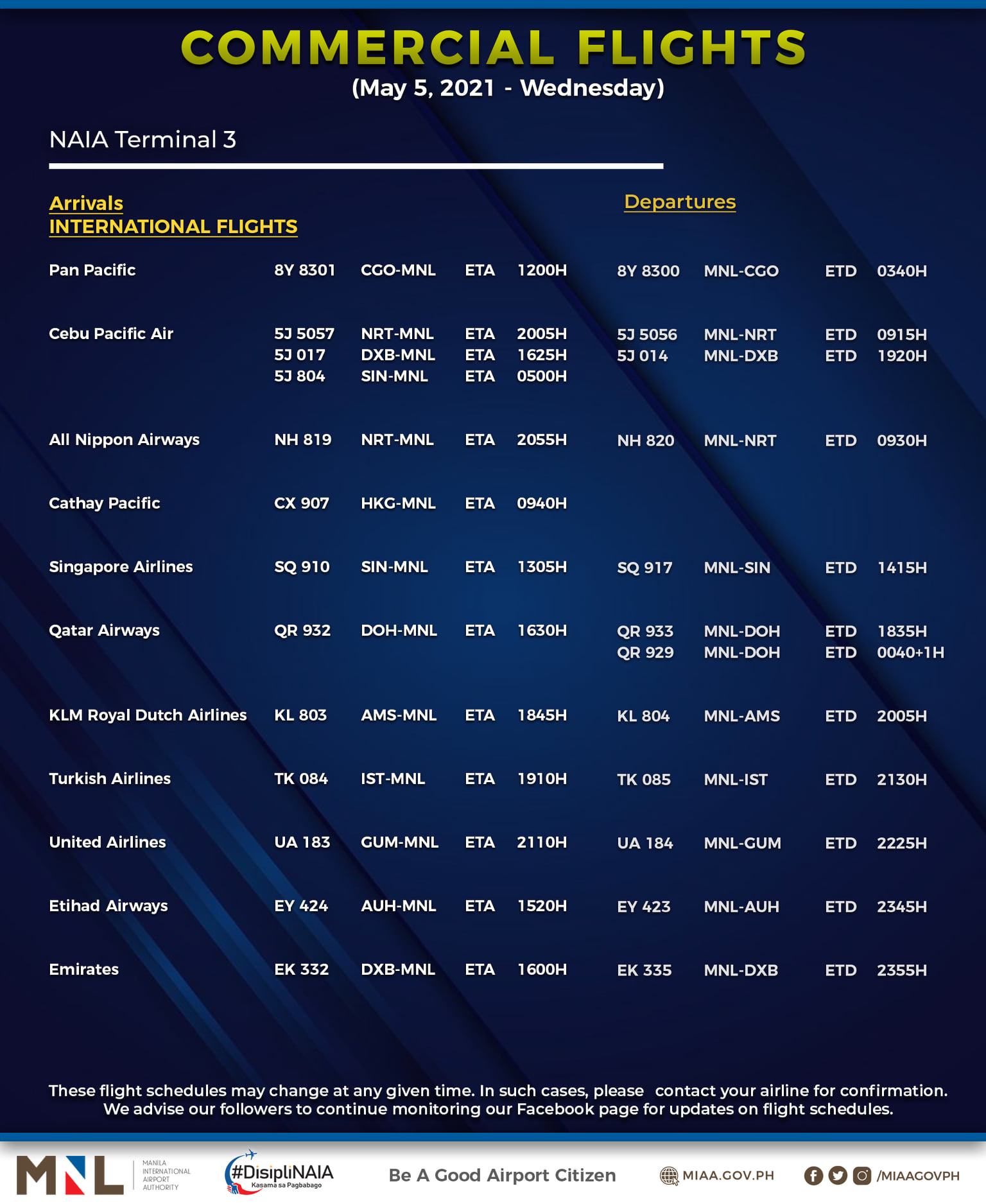 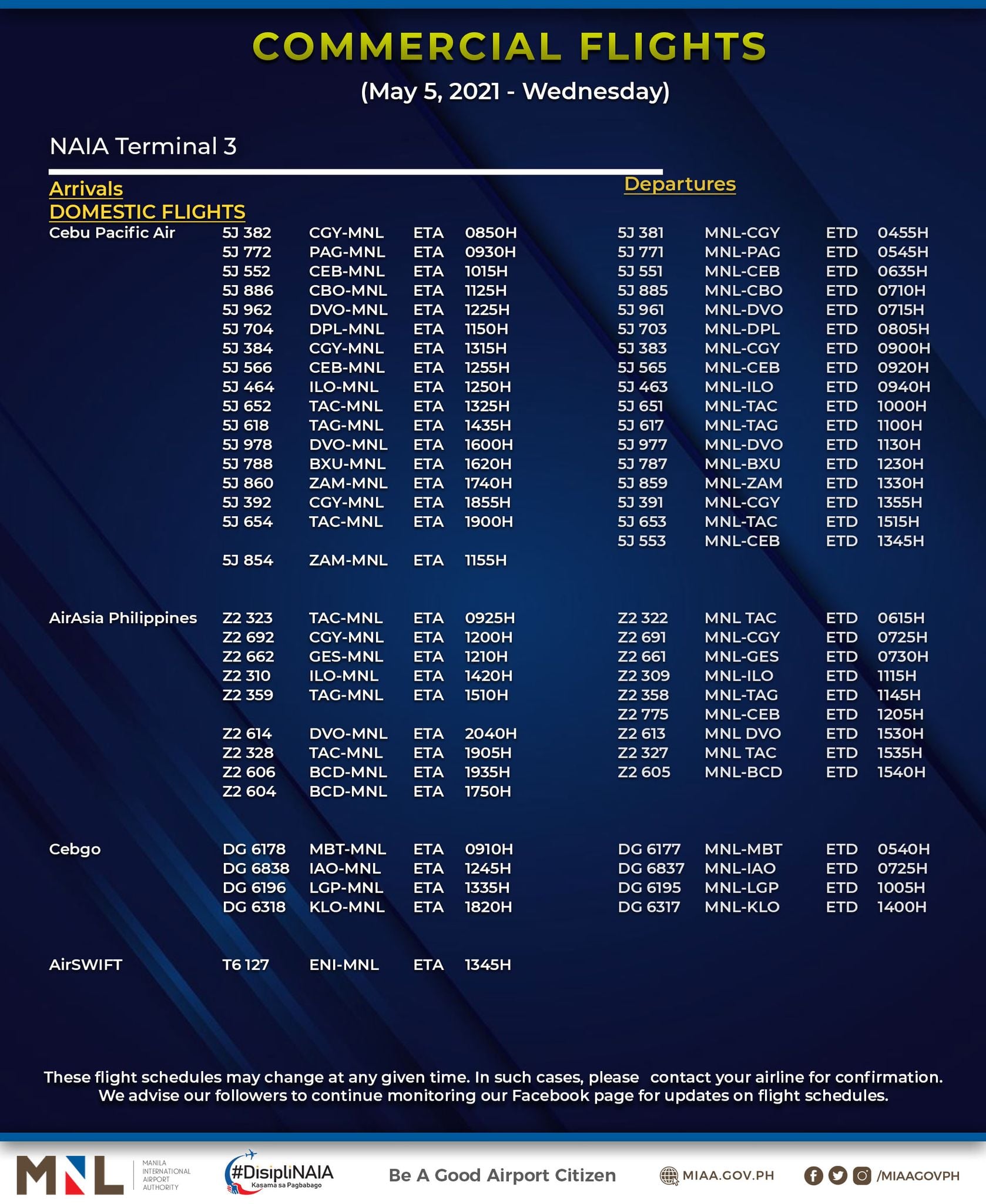 Last Wednesday, President Rodrigo Duterte announced the MECQ would be extended in the NCR Plus area, including Metro Manila, until May 14.

Allowed foreigners under previous Inter-Agency Task Force for the Management of Emerging Infectious Diseases resolutions, however, are  again allowed entry into the Philippines starting May 1.

On Monday, the Bureau of Immigration clarified that foreign tourists are still not allowed entry into the country.