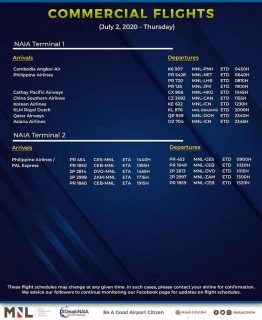 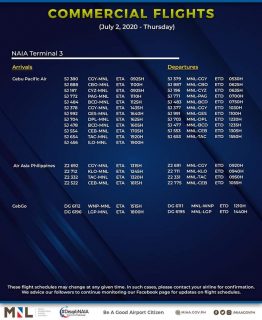 MIAA said travelers should confirm their flights first on the day they are supposed to be scheduled as only those with the confirmation will be allowed entry into the airport premises.

Domestic flight operations are allowed provided there is approval from the local government concerned.

Earlier, the Department of Foreign Affairs released its updated list of travel bans and restrictions in countries around the world.