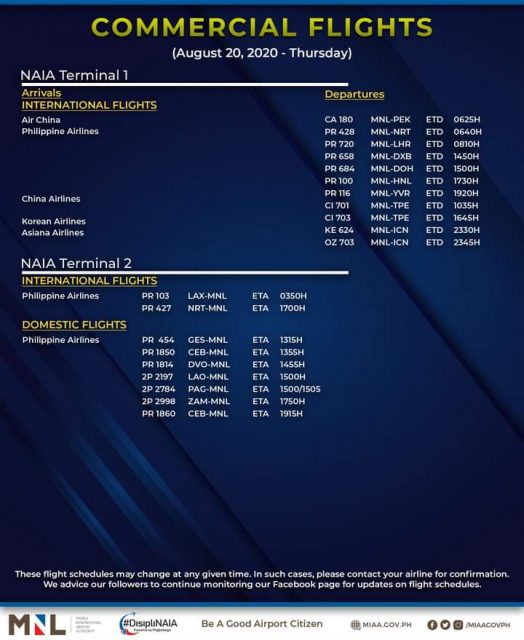 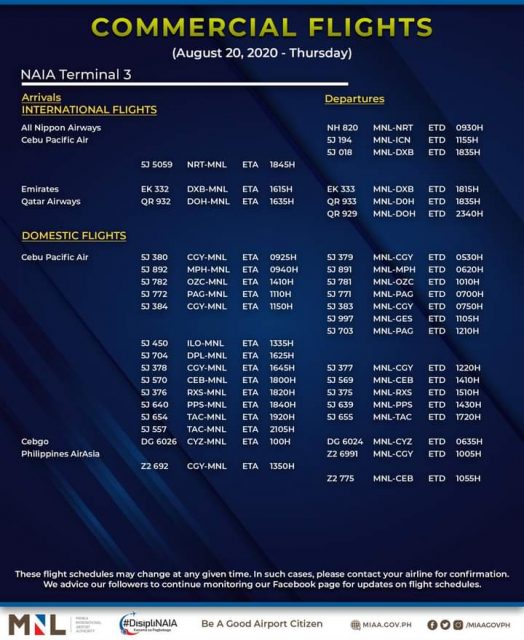 Metro Manila has been reclassified as a general community quarantine area, which means domestic flights are already allowed.

The Bureau of Immigration has said restrictions on international travel remain unless removed by the government.

Metro Manila is expected to remain a GCQ area until Aug. 31.