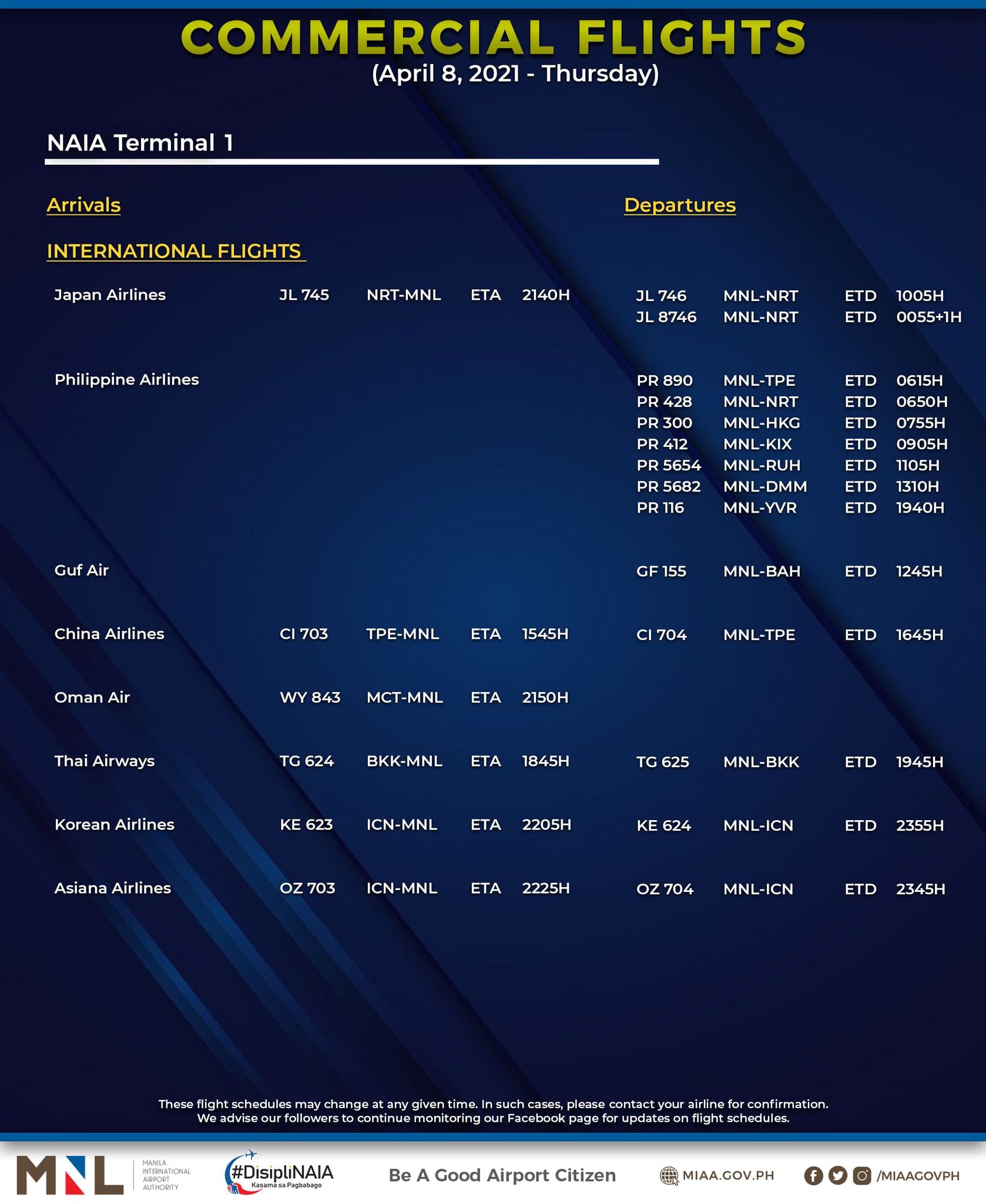 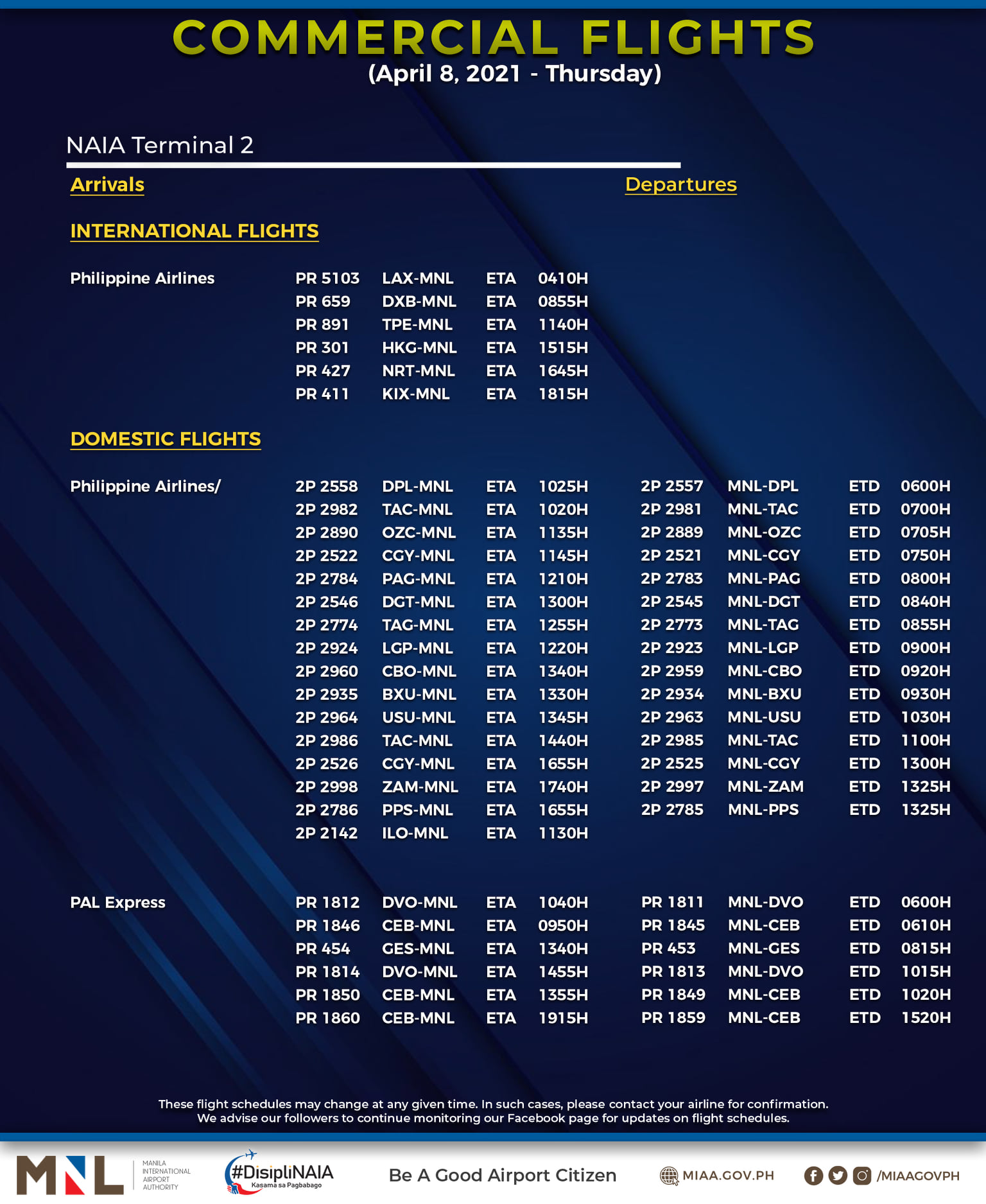 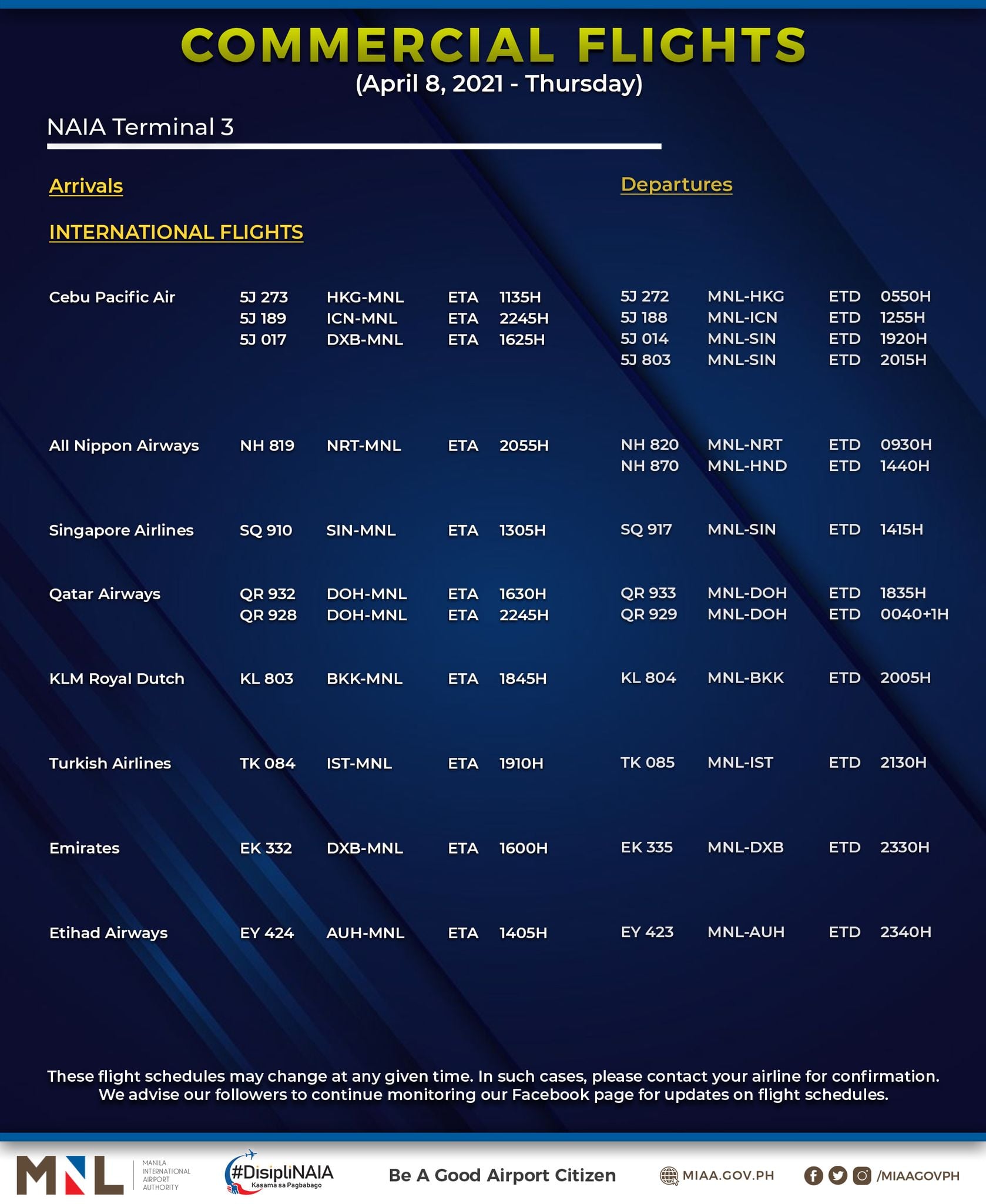 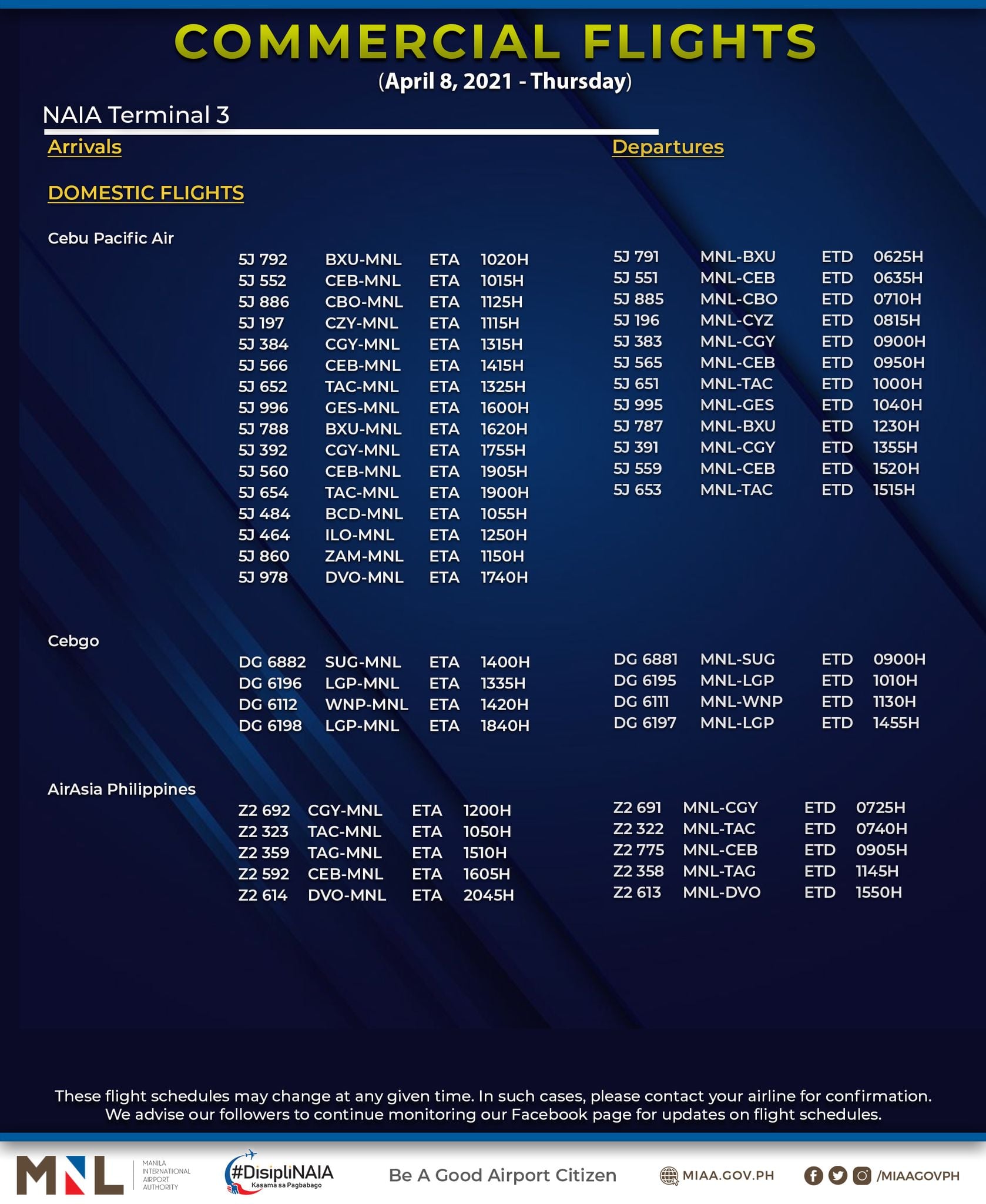 Flight schedules may change any given time.

MIAA advised passengers to secure confirmation of their flights as only those with the confirmation will be allowed entry into the airport.

The ECQ, where the movement of persons is again limited, was expected to end on April 4.

But on Saturday, April 3, the government announced the extension of the ECQ in the NCR Plus area for at least another week, in a bid to curb the surge in COVID-19 cases.

The Palace has  attributed the surge to the presence of virus variants.