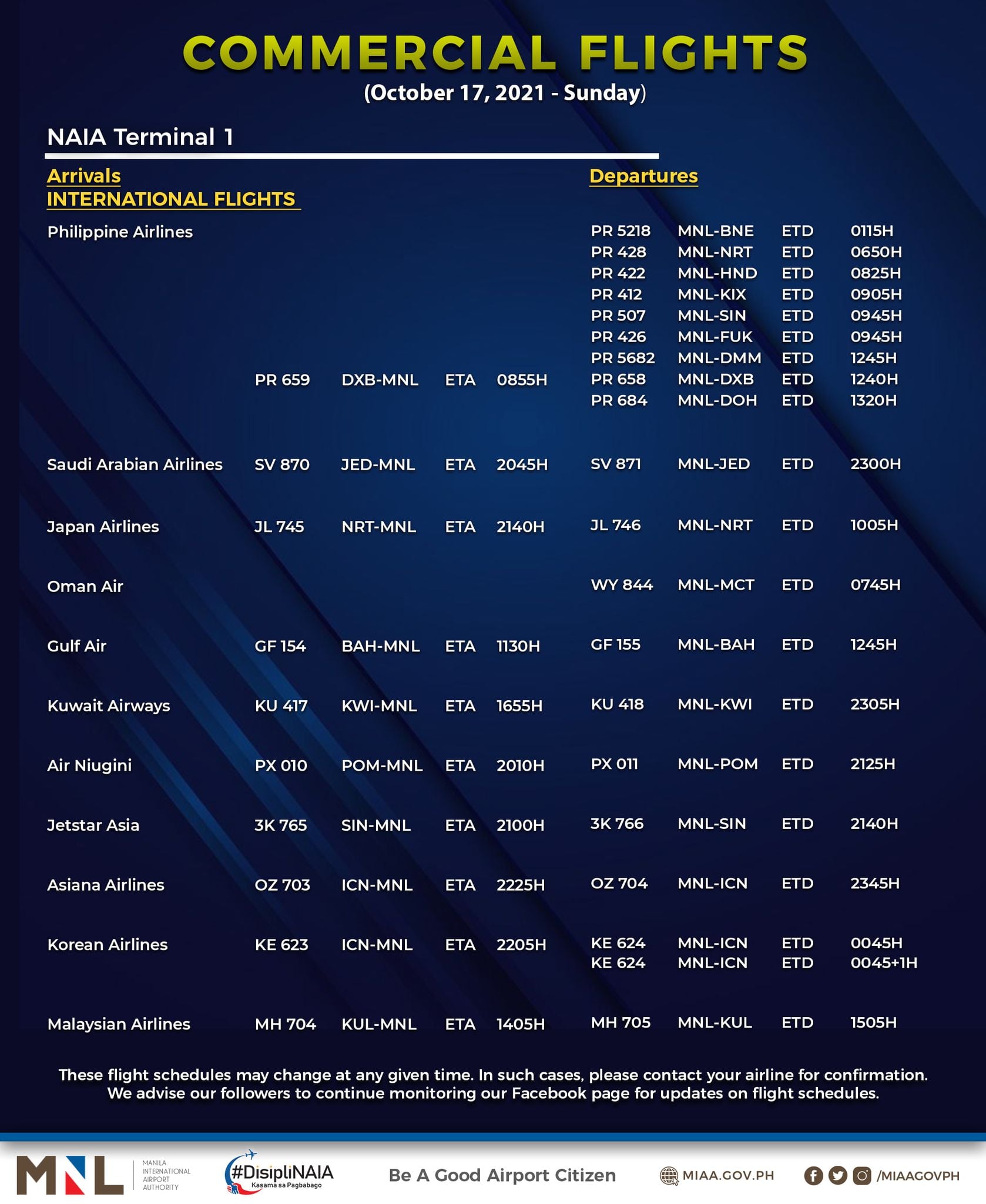 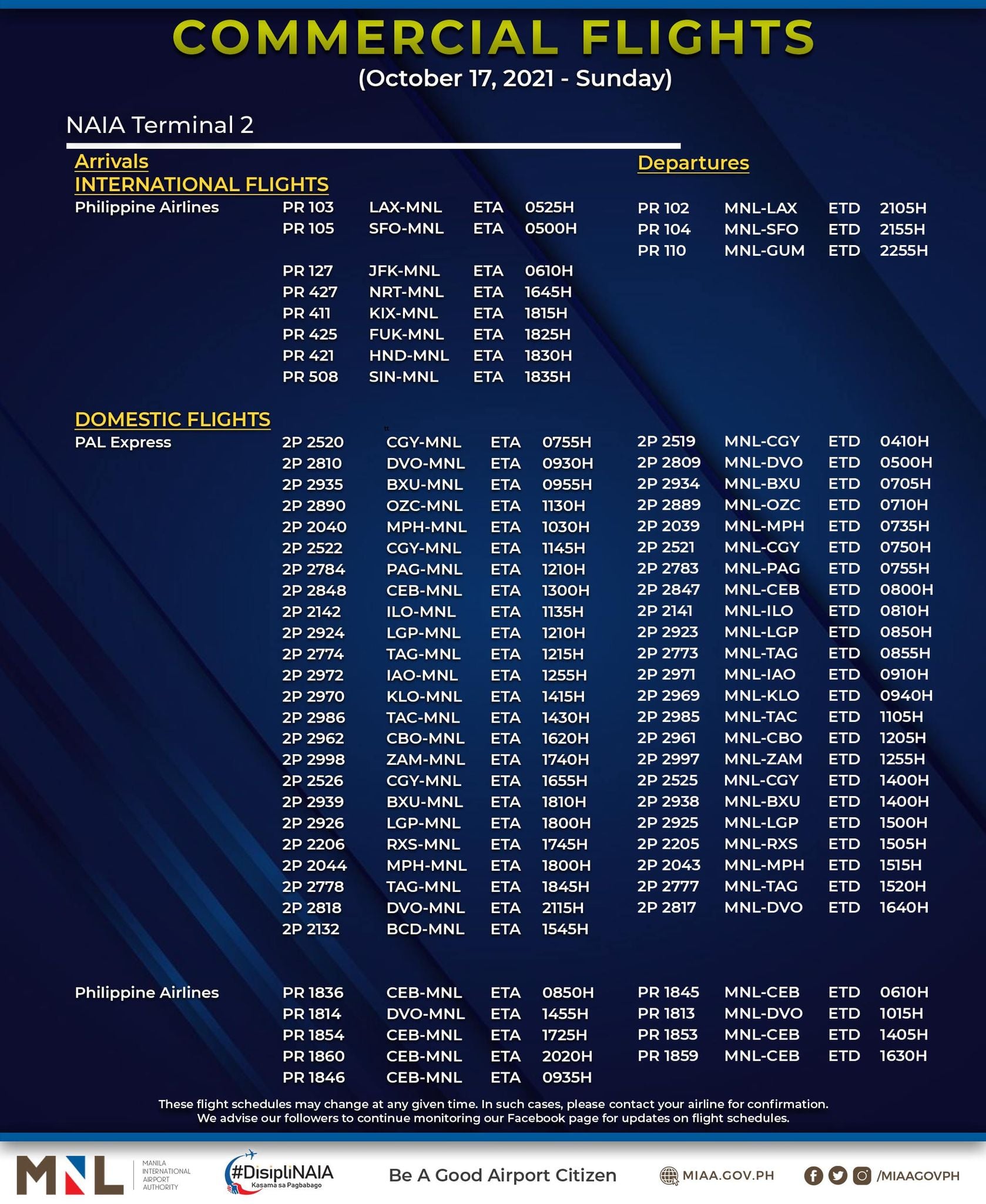 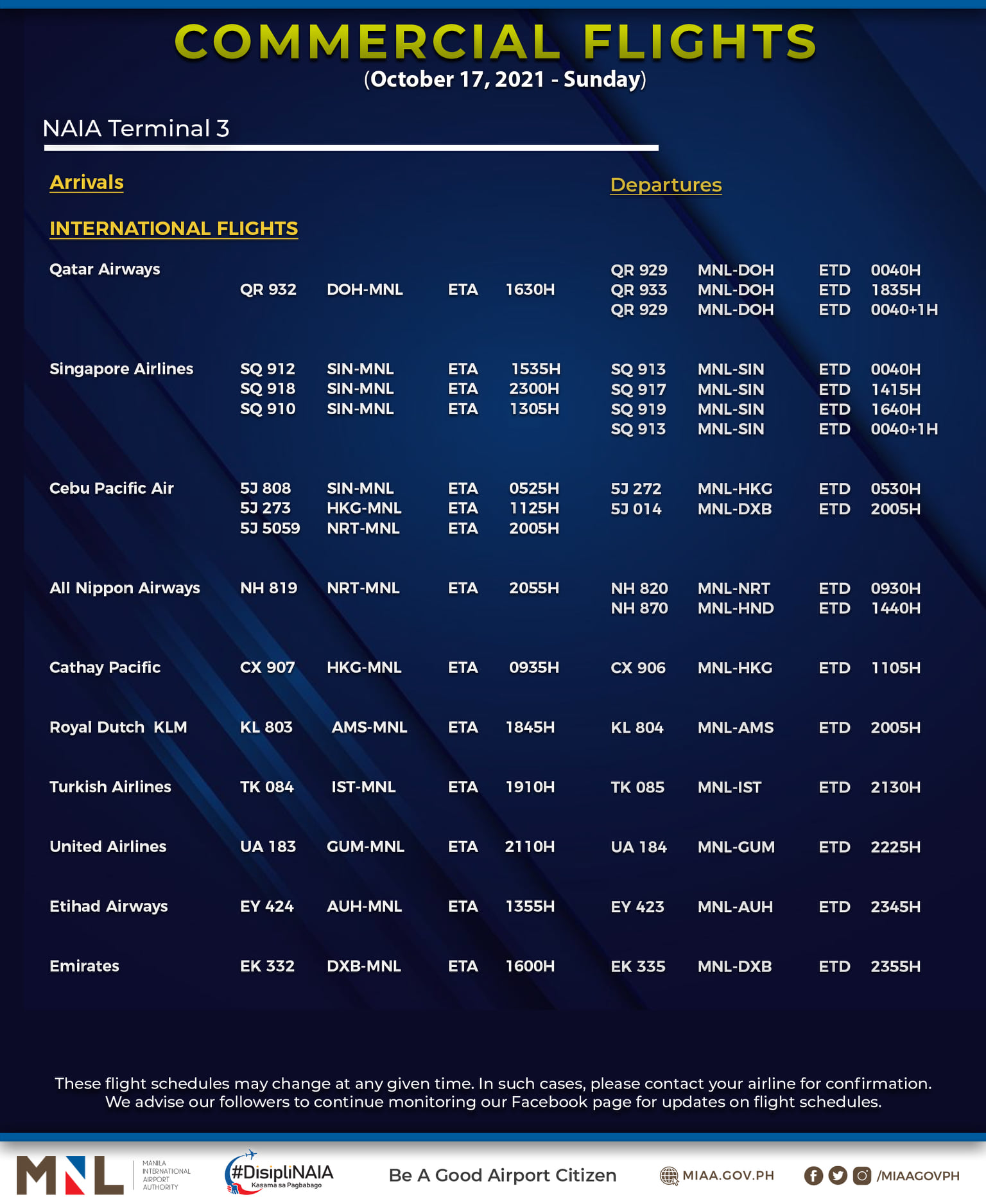 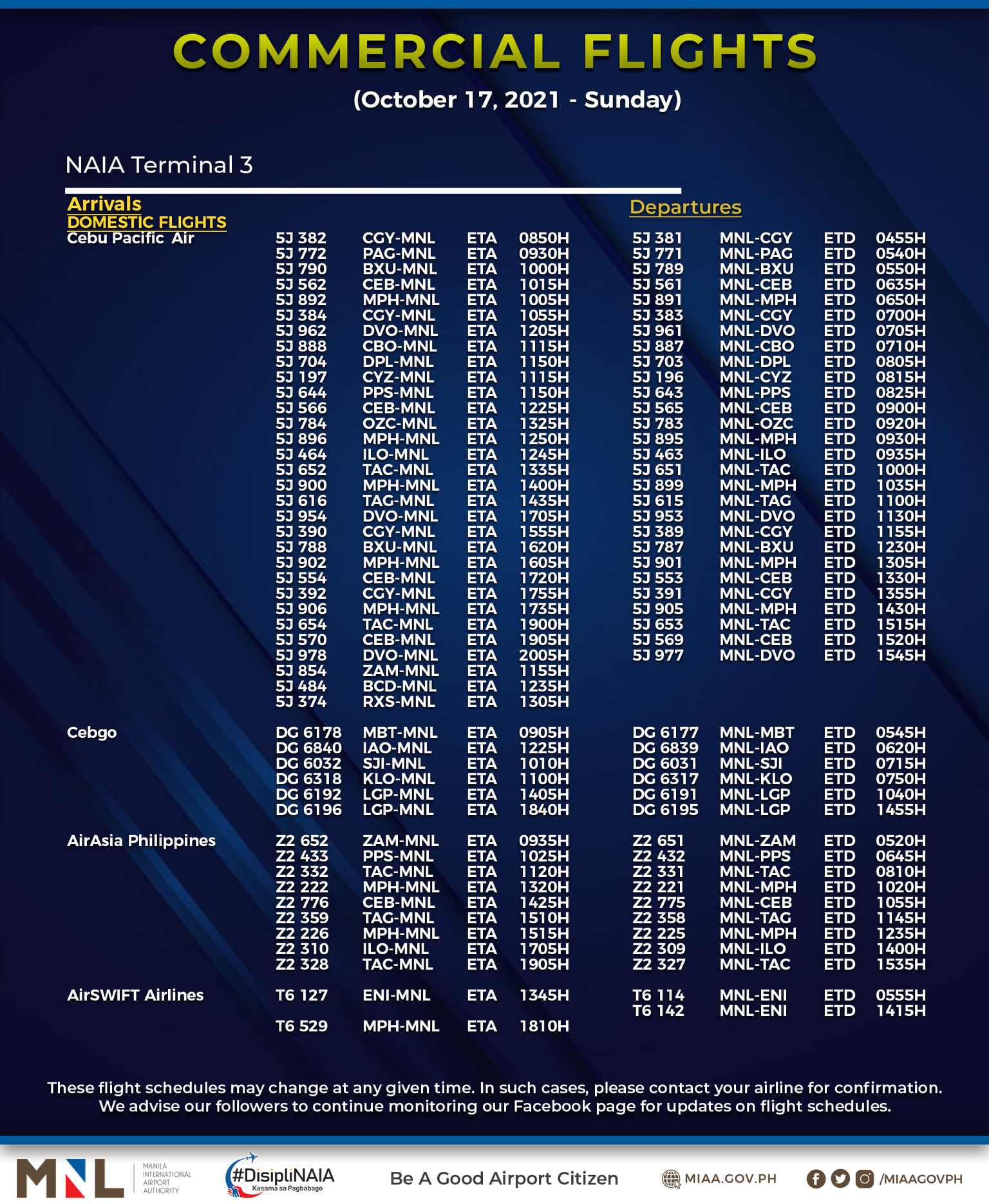 MIAA advised passengers to coordinate with their airlines as only those with the confirmation will be allowed entry into the airport.

Earlier, the Palace said only Bermuda was on its updated red list with travel restrictions.

Bacolod City, Cagayan de Oro, Iloilo City, and Maguindanao are now included in the destinations that do not require RT-PCR or antigen testing.

Earlier, Butuan, Cebu province, Guimaras, Negros Occidental, Pagadian, and Tacloban announced they would do away with the requirement as well.