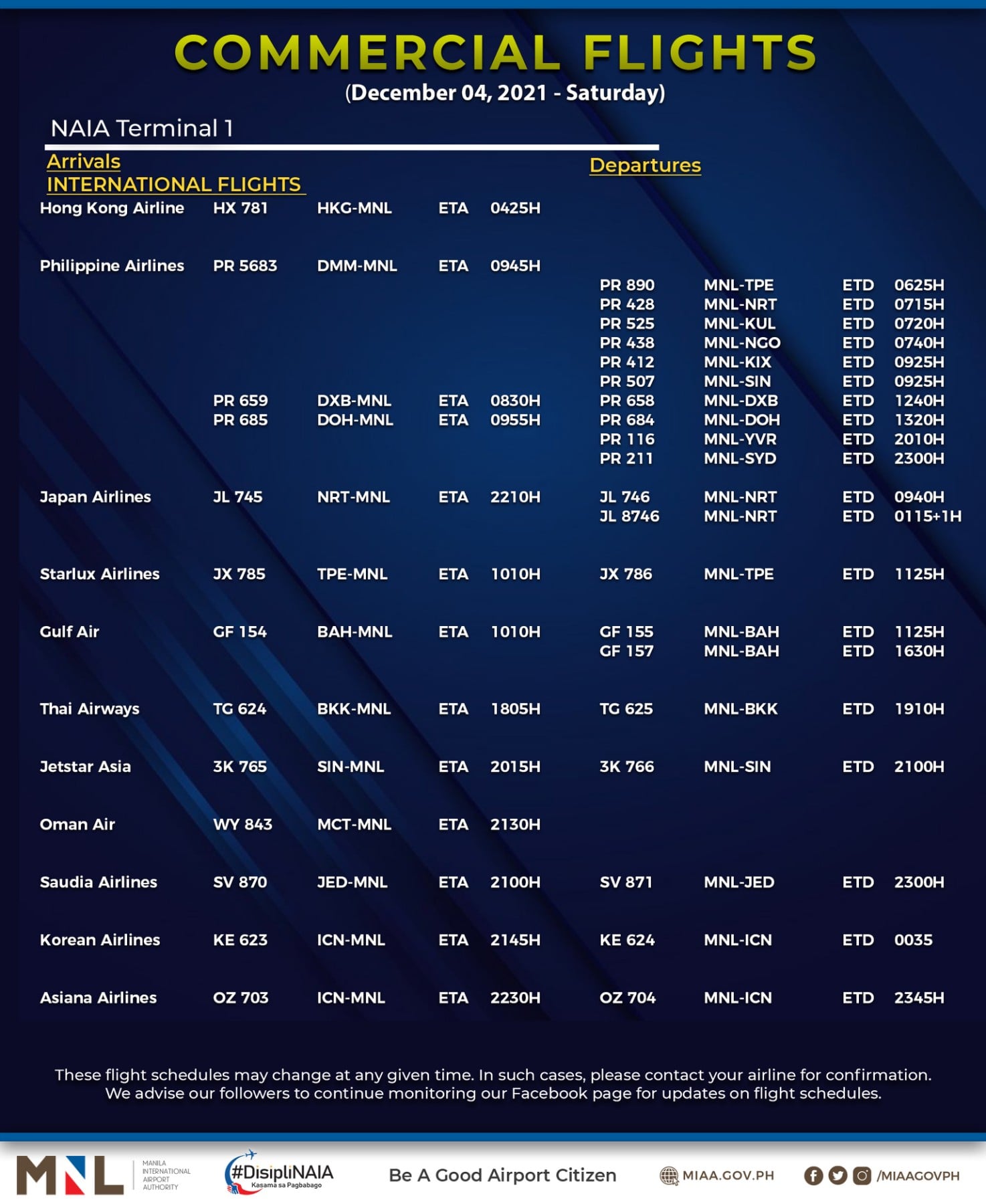 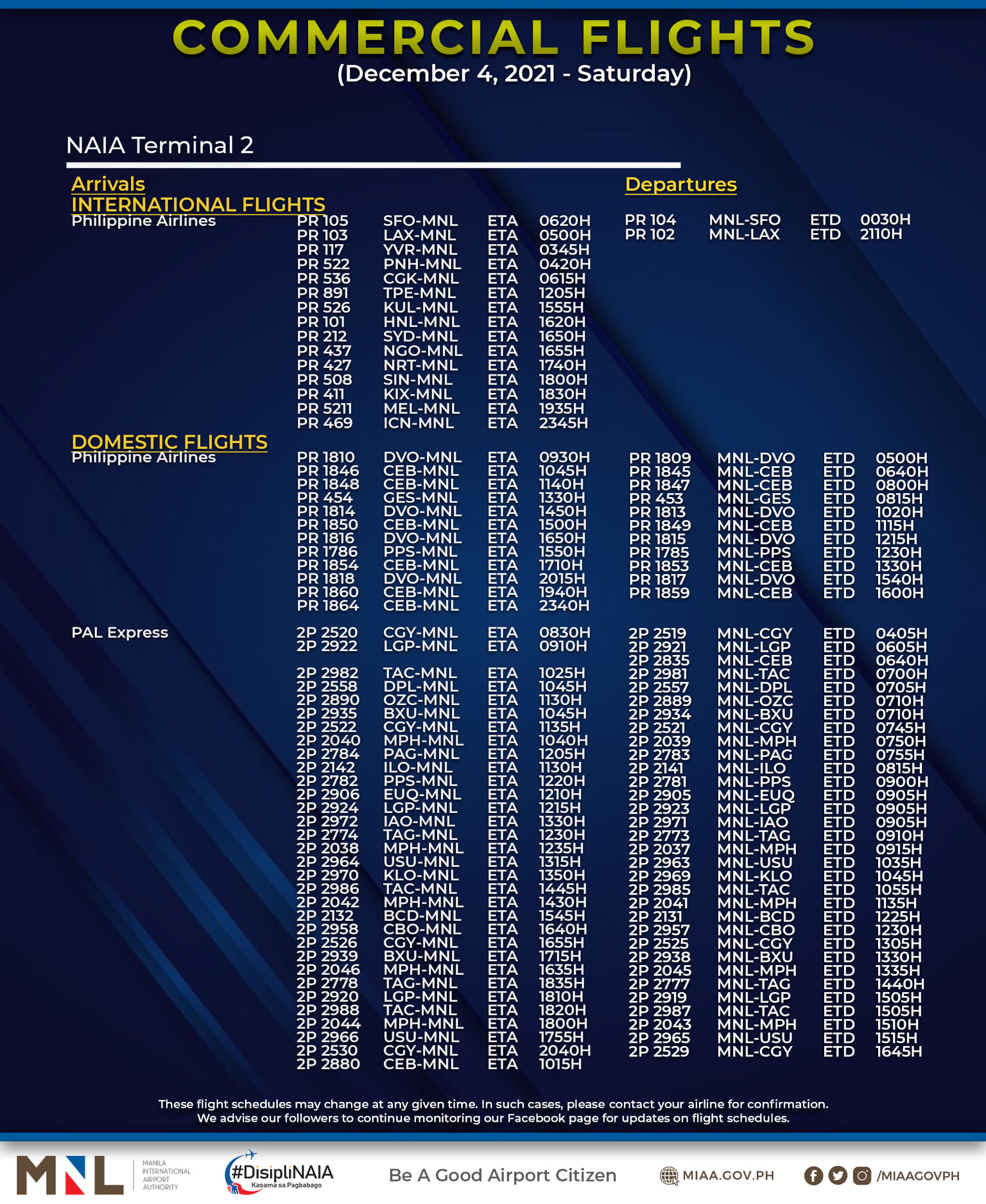 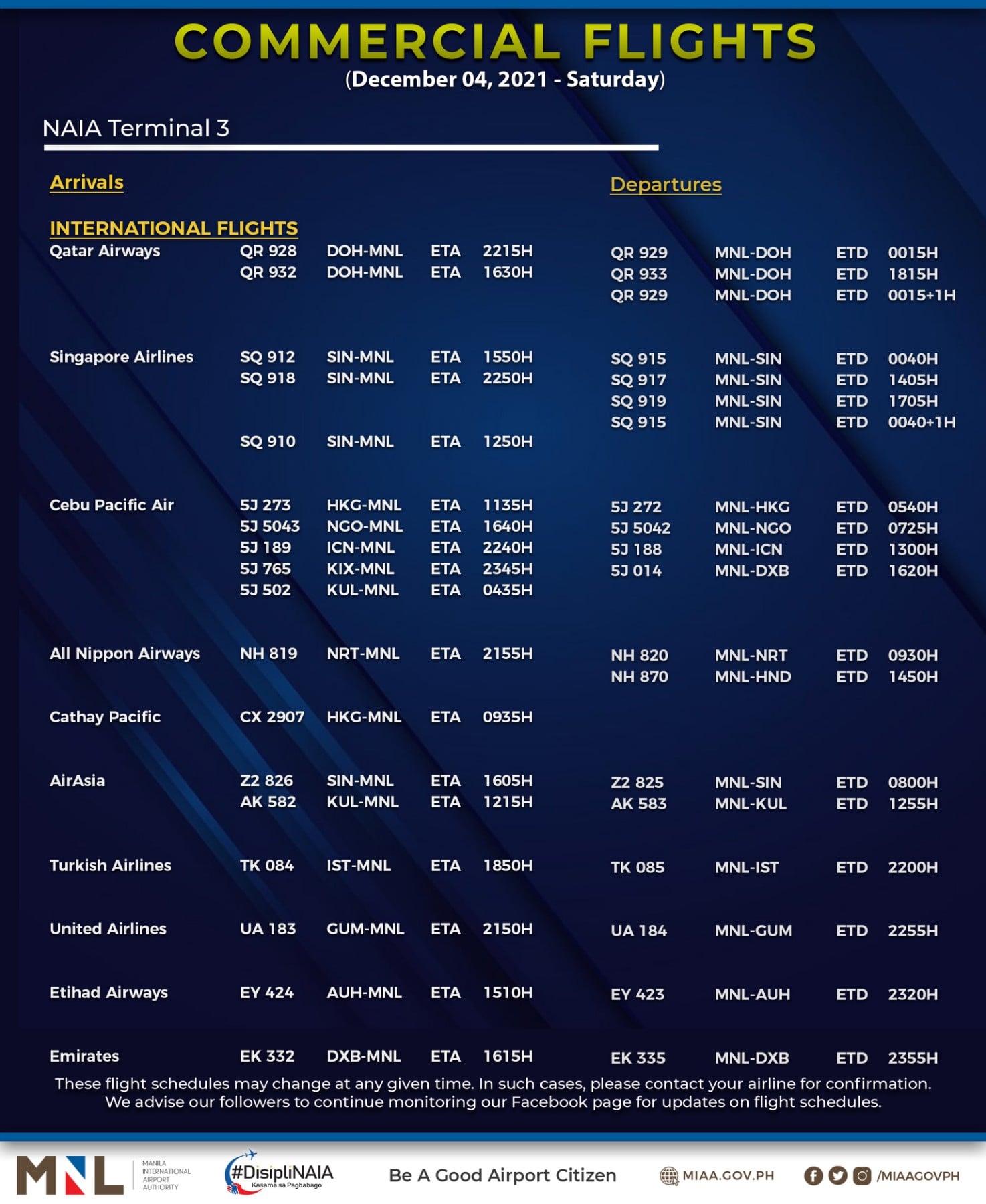 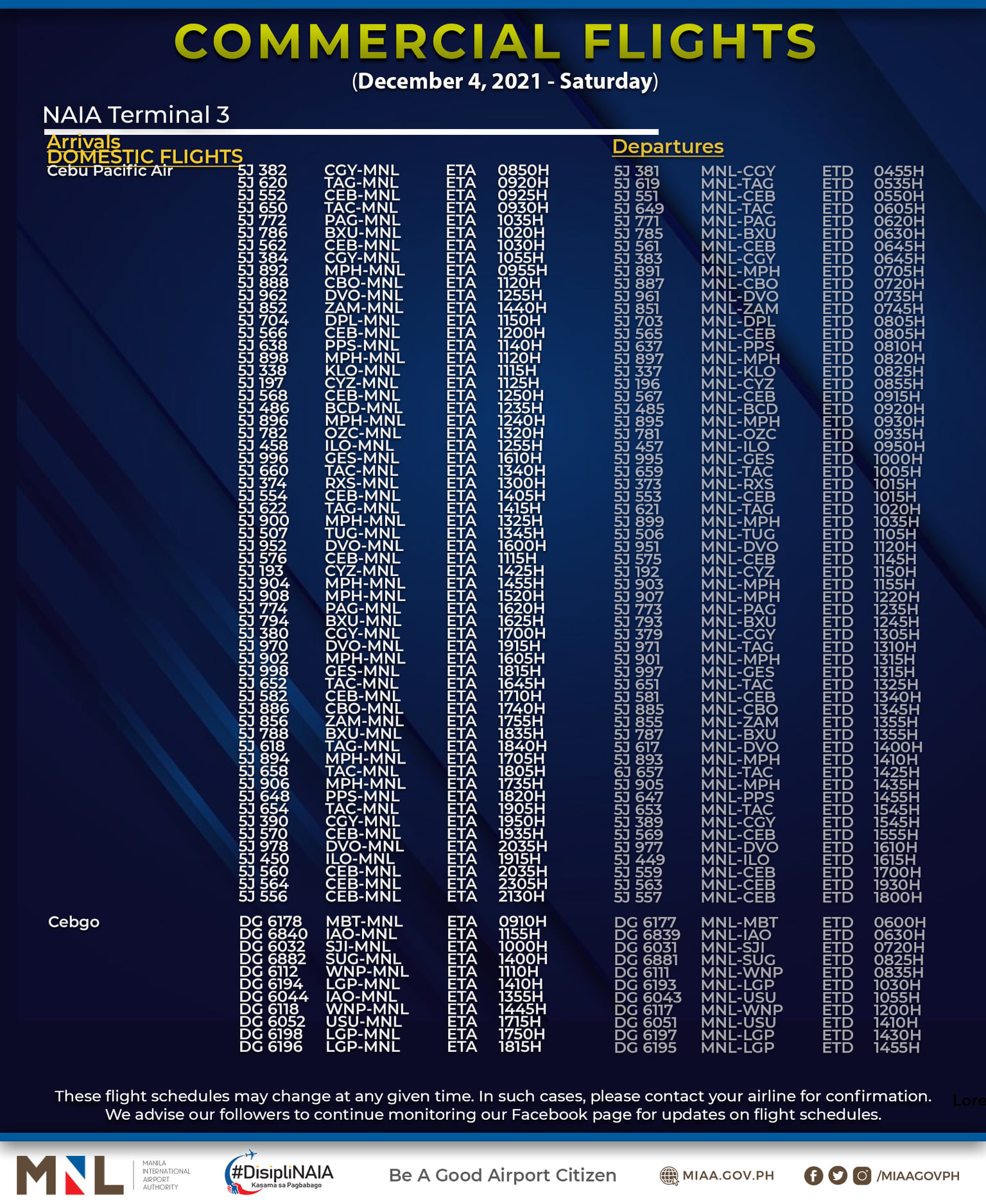 MIAA advised passengers to coordinate with their airlines as only those with the confirmation will be allowed entry into the Philippines.

The Philippines has put in place new quarantine and testing protocols for travelers allowed to enter the Philippines amid the threat of the Omicron variant.

Italian researchers have released images of the variant showing over 30 genetic changes, half of which were in the part of the protein spike that attaches to the human ACE, the enzyme the virus enters to cause an infection in a person.

With the findings, the researchers concluded the virus has adapted well to humans.

The World Health Organization has said this could mean the virus could easily evade existing immunity against the virus and could cause surges in infections which could potentially have serious effects.

There have been reports of the variant in Australia, Japan, India, Hong Kong, Germany, among others.