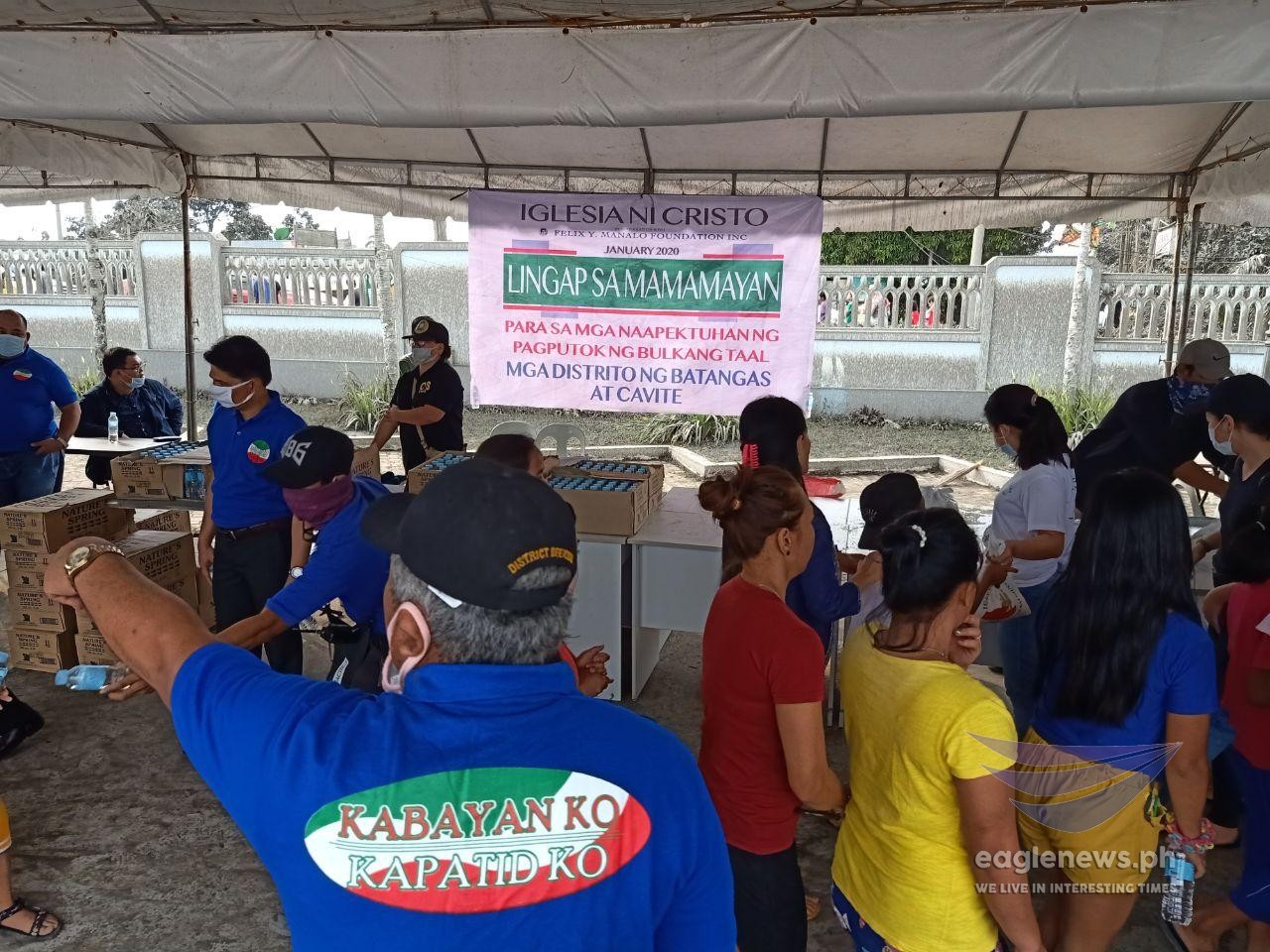 (Eagle News) — The Iglesia Ni Cristo (Church of Christ) started a series of Aid to Humanity or Lingap sa Mamamayan events in various areas in Batangas and Cavite on Monday, Jan. 13 to give aid to affected residents who continued to feel the effects of the ongoing volcanic activity of Taal Volcano just a day after it erupted with columns of steam and sufuric ash.

Thousands of goodwill bags were distributed to residents of the two provinces in various venues of the INC Aid To Humanity. INC volunteer medical personnel also gave first aid and medical assistance in at least one of the Lingap sa Mamamayan venues in Batangas, particularly at the Bauan Technical School.

In cooperation with the Felix Y. Manalo Foundation, the INC volunteers helped in the Lingap sa Mamamayan held in various areas in Tagaytay City, Silang, and Dasmarinas in Cavite; and in Bauan, Tanauan, Alitagtag and Mabini in Batangas on Jan. 13.