(Eagle News) — President Rodrigo Duterte led Philippine officials in welcoming the arrival of the 600,000 doses of Sinovac vaccines donated by China to the country.

The vaccines from Sinovac Biotech Ltd. arrived in the Philippines onboard a Chinese military plane at the Villamor Air Base (VAB) in Pasay City on February 28.

President Duterte also oversaw the offloading of the crates containing the vaccine doses during the ceremonial turnover of the CoronaVac donations to the government. He also inspected the actual vaccine vials.

The Sinovac vaccines are the first vaccines against COVID-19 to arrive in the country. 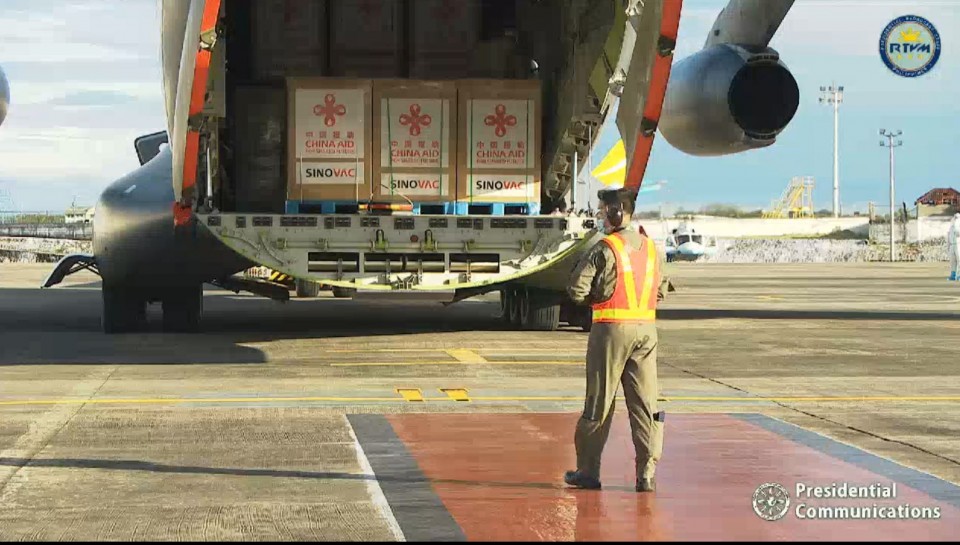