(Eagle News) – President-elect Ferdinand “Bongbong” Marcos Jr., was welcomed to the Malacanang Palace, the Philippines’ seat of power, by no less than outgoing President Rodrigo Duterte on Thursday morning, June 30, 2022.

Marcos Jr., stepped into Malacanang as the incoming president of the country, at around 10:30 a.m., just before his inauguration as the 17th President of the Philippines.

Marcos, 64, was visibly surprised that the outgoing President Duterte was waiting for him at the foot of the stairs inside Malacanang. He shook the hand of the 77-year old Duterte, the father of his running-mate, and now Vice-President Sara Duterte.

They then proceeded inside the Palace halls where he signed the Malacanang guestbook, with the elder Duterte at the background, before proceeding to talk for a few minutes.

They then went outside the Palace grounds where the outgoing President Duterte was given departure honors.

Duterte walked together with Marcos Jr., as soldiers saluted them. 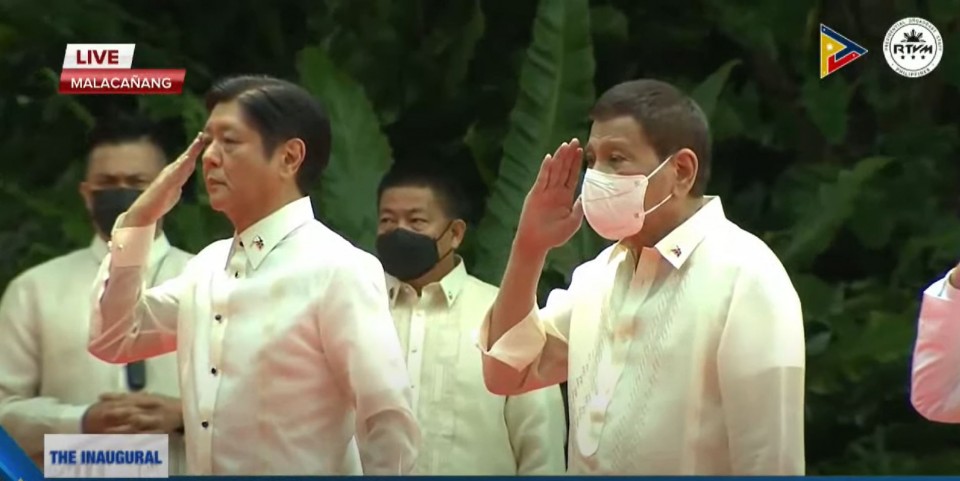 It was a historic moment.

Duterte greeted his cabinet members who lined up to shake his hand for the last time, as the country’s president. Some made a salute to the outgoing Chief Executive, especially the retired generals in his cabinet.

Marcos Jr., was behind Duterte, and also respectfully shook the hands of Duterte’s men. 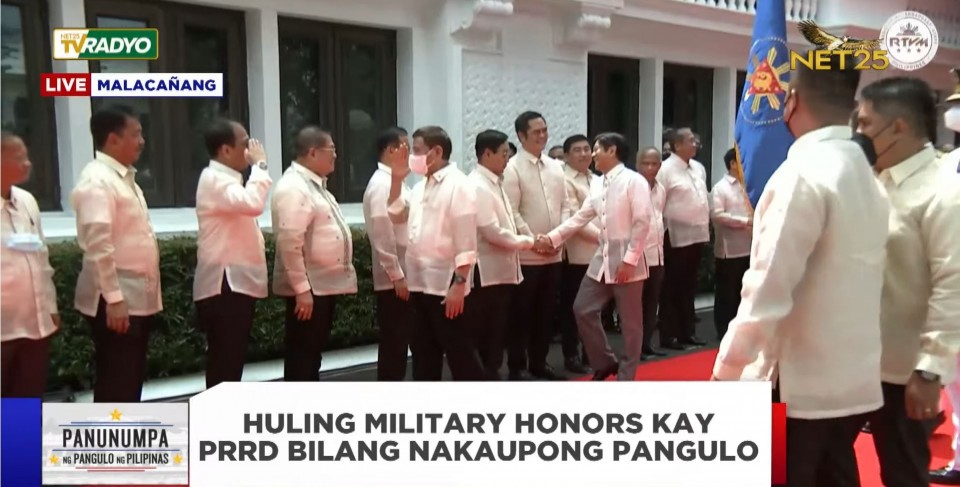 The President-elect then boarded the car to go to the National Museum where he would be inaugurated as the 17th Philippine president.

Duterte boarded a separate car, and left the Palace, for the last time as the country’s president.  It was reported that he will not attend the inauguration ceremonies at the National Museum.

Marcos Jr’s inauguration as the country’s president will take place at exactly 12 noon of June 30, 2022.

He will take his oath before Supreme Court chief Justice Alexander Gesmundo.