PARIS, France (AFP) — More than 43 million hectares of forest — an area bigger than Germany — have been lost in a little over a decade in just a handful of deforestation hotspots, conservation organisation WWF said Wednesday.

Swathes of forest continue to be flattened each year — mainly due to industrial-scale agriculture — as biodiversity-rich areas are cleared to create space for livestock and crops.

Analysis by WWF found that just 29 sites across South America, Africa and South East Asia were responsible for more than half of the global forest loss.

The Brazilian Amazon and Cerrado, the Bolivian Amazon, Paraguay, Argentina, Madagascar, along with Sumatra and Borneo in Indonesia and Malaysia were among the worst affected, it said.

In Brazil’s Cerrado region, home to five percent of the planet’s animals and plants, land has been cleared rapidly for soy and cattle production, leading to a 32.8-percent loss of forest area between 2004-2017.

The UN’s Intergovernmental Panel on Climate Change issued a groundbreaking report on land use in 2019, in which it outlined a string of looming trade-offs in using land.

In that same year, the UN’s biodiversity panel said that 75 percent of all land on earth had been “severely degraded” by human activity.

Forests are an enormous carbon sink, together with other vegetation and soil sucking up roughly a third of all the carbon pollution humans produce annually.

Yet they continue to disappear rapidly, threatening irreparable losses to Earth’s crucial biodiversity.

And, as wild species find their living space shrinking further each year, the risk of a repeat of zoonotic diseases — such as the Covid-19 pandemic — jumping to humans is ever higher.

“We must address over-consumption and put greater value on health and nature rather than the current overwhelming emphasis on economic growth and financial profits at all cost,” said Fran Raymond Price, Forest Practice lead at WWF International.

“This is in humanity’s best interests: the risk of new diseases emerging is higher in tropical forest regions that are experiencing land-use change.” 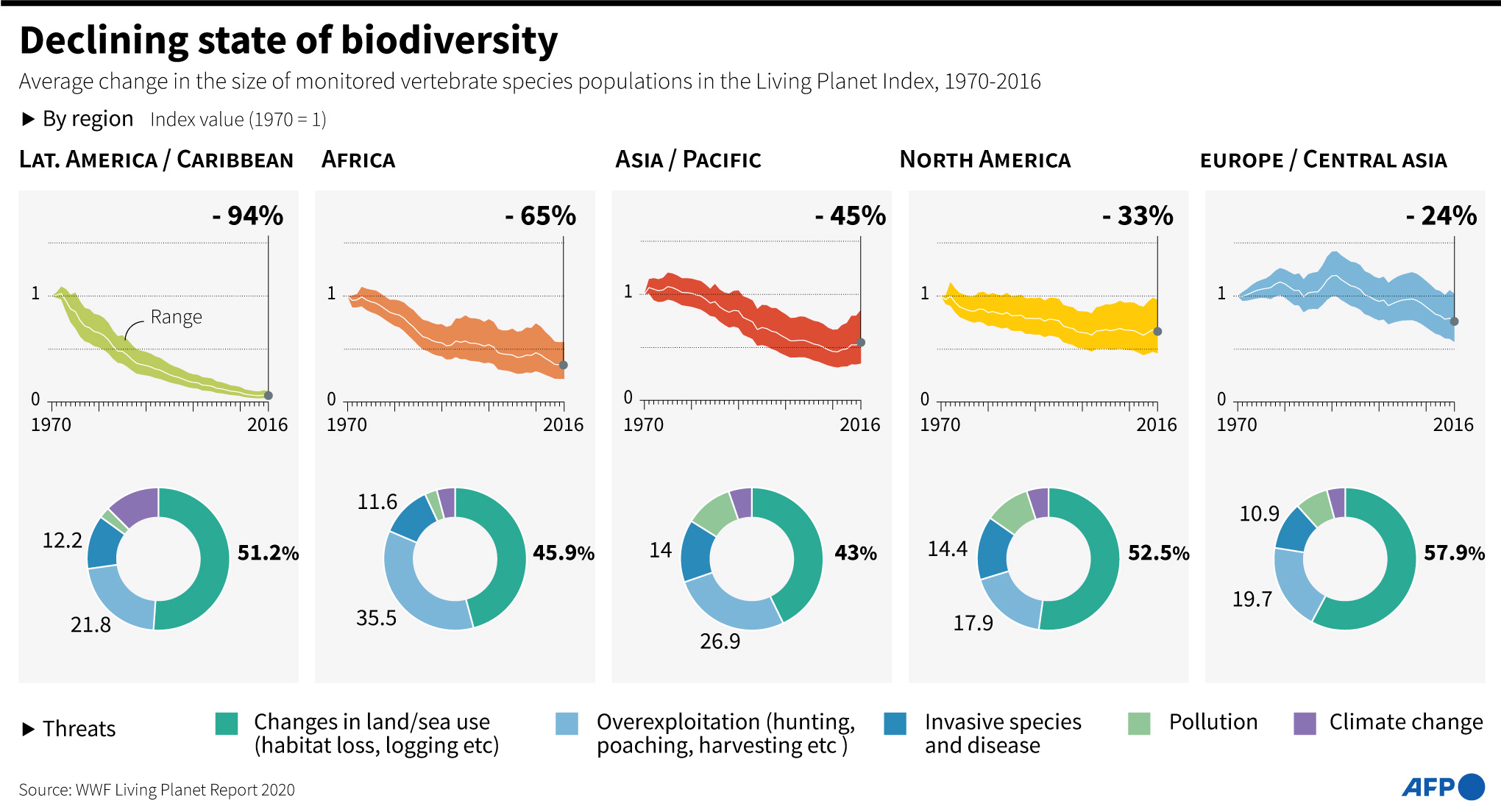 Price warned that if deforestation was not rapidly curbed, “we could miss out on our chance to help prevent the next pandemic”.

There is also a huge threat to indigenous communities that have lived off what forests provide for centuries or longer.

Ana Mota da Silva, a member of the Mumbuca community in the Cerrado — where deforestation rose 13 percent in 2020 — said she feared for the future.

“Knowing that our rivers are drying up, that so many trees are dying… the certainty that my sons, cousins, my descendants will not see what I have seen,” she said.

“We now face the Cerrado being devastated and us with it.”

Recent research has shown that, beyond a certain threshold, deforestation in the Amazon basin could tip the region into a new climate regime, turning tropical forests into savannah.

The WWF report urged citizens to do their bit by avoiding products linked to deforestation such as some meat, soy and palm oil products.

It also urged governments to work to secure the rights of indigenous peoples and conserve biodiversity-rich areas.