QUEZON City, Philippines (March 7) – “Commemorate and revive the beauty of old Manila”-  that was the very purpose of the recently conducted Escolta Block Party. Spearheaded by the folks of the First United Building, this collaboration is actually the second Escolta Block Party after the success of the first one last November of 2016. February 18 of this year marked the second and equally successful block party on the oft-forgotten street of Escolta. 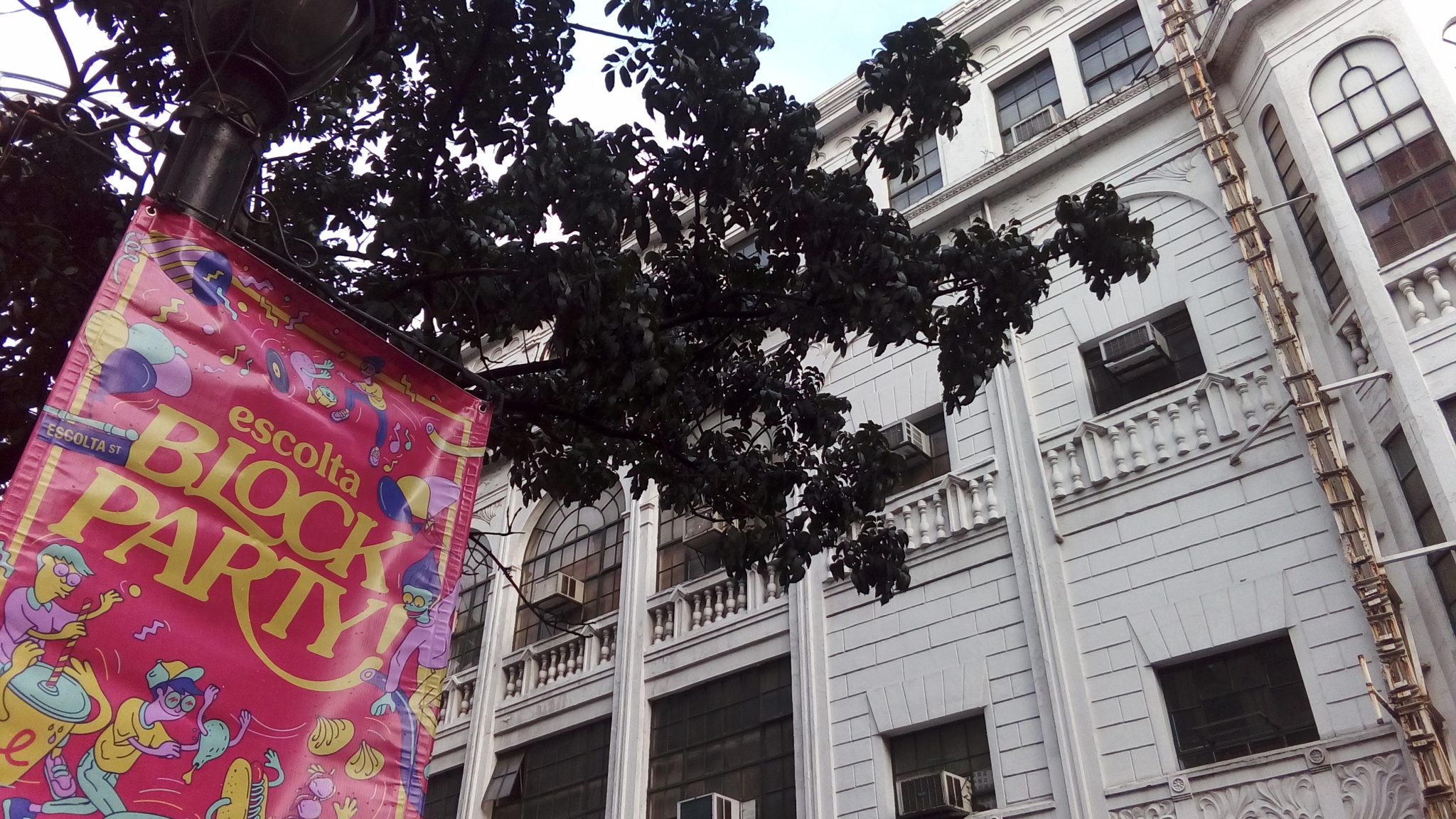 Local business owners, different types of artists and heritage conservationists joined forces as they throw a different kind of party on one of the most famous streets of downtown Manila. Despite the rainy Saturday, people from all walks of life kept coming to feel the weekend vibe by enjoying all the good stuff that this party could provide. You can spot trendy millennials, foreign tourists and locals walking along the street. The party started at eleven in the morning and would last until midnight.

Stalls and stands were mounted to provide space for merchants selling, from different artworks from emerging artists, clothes in diverse hues, pop-art culture-inspired bags and pouches, witty stickers and patches down to vintage finds such as old money, vinyls, magazines and newspapers. A few steps from the street stalls is an intriguing portal which will lead you to another set of stalls full of quirky finds, a place called the HUB: Make Lab activity area. Inside the hub is a flea market–a collaboration between 98B COLLABoratory and Saturday X Future Market—which houses a wide selection of products for each and every type of visitor in Escolta.

As you enter the “HUB,” artworks and books from local artists will greet you. Through the narrow passage, you’ll get to see other shops that sell hand-made bags and pouches, smart-statement T—shirts, bookmarks, postcards, paper wrappers. A stall named GEN. MDSE (read as general merchandise) is a crowd favorite due to its cleverly designed tote bags.

You could also find a newly opened third-wave coffee shop named The Den. The shop served as the thirst-quencher for visitors. It offered freshly brewed coffee that could come cold, as well as specialty drinks such as teas and milkshakes. It also offered bread and pastries that anyone would want to devour. 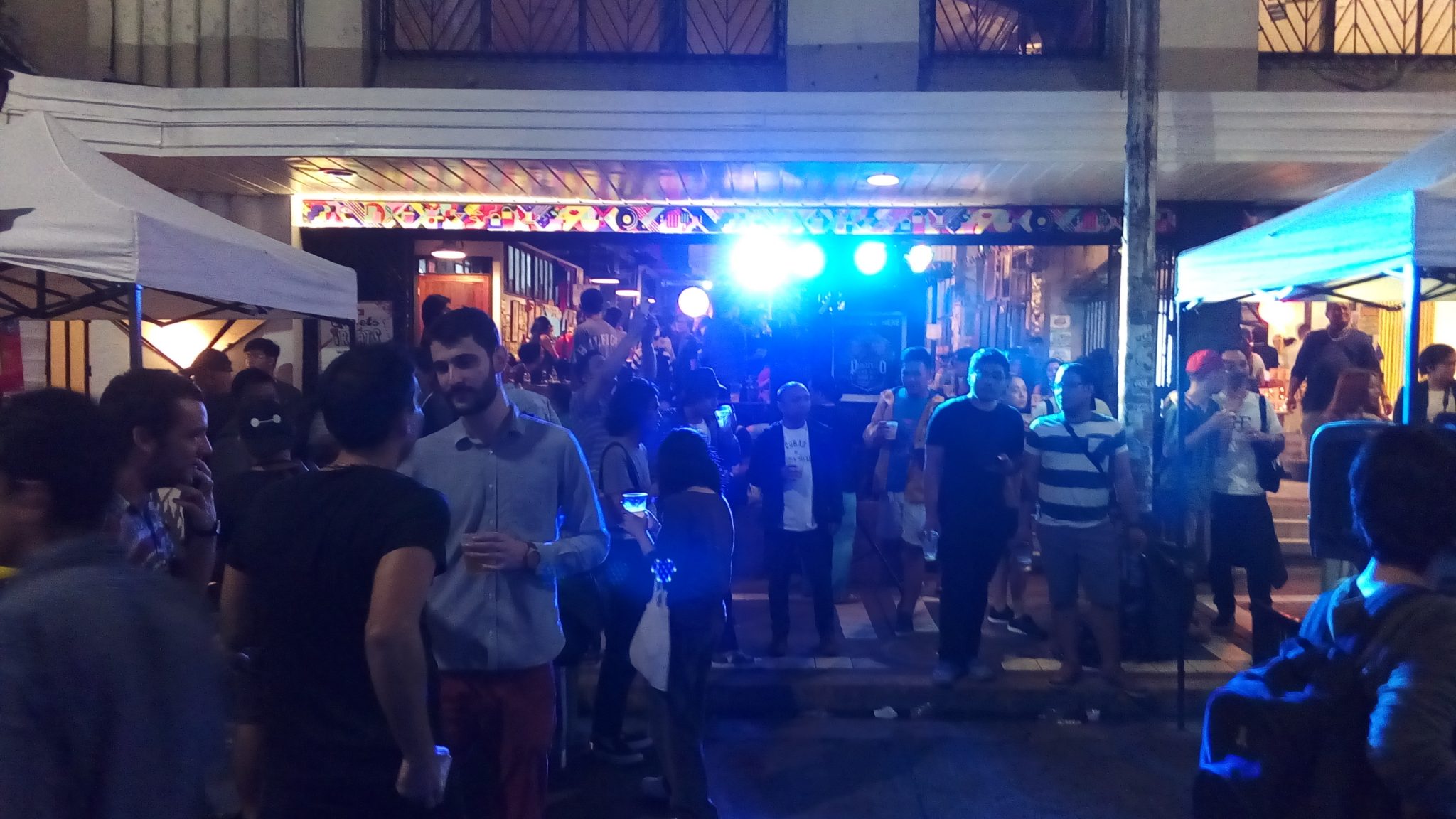 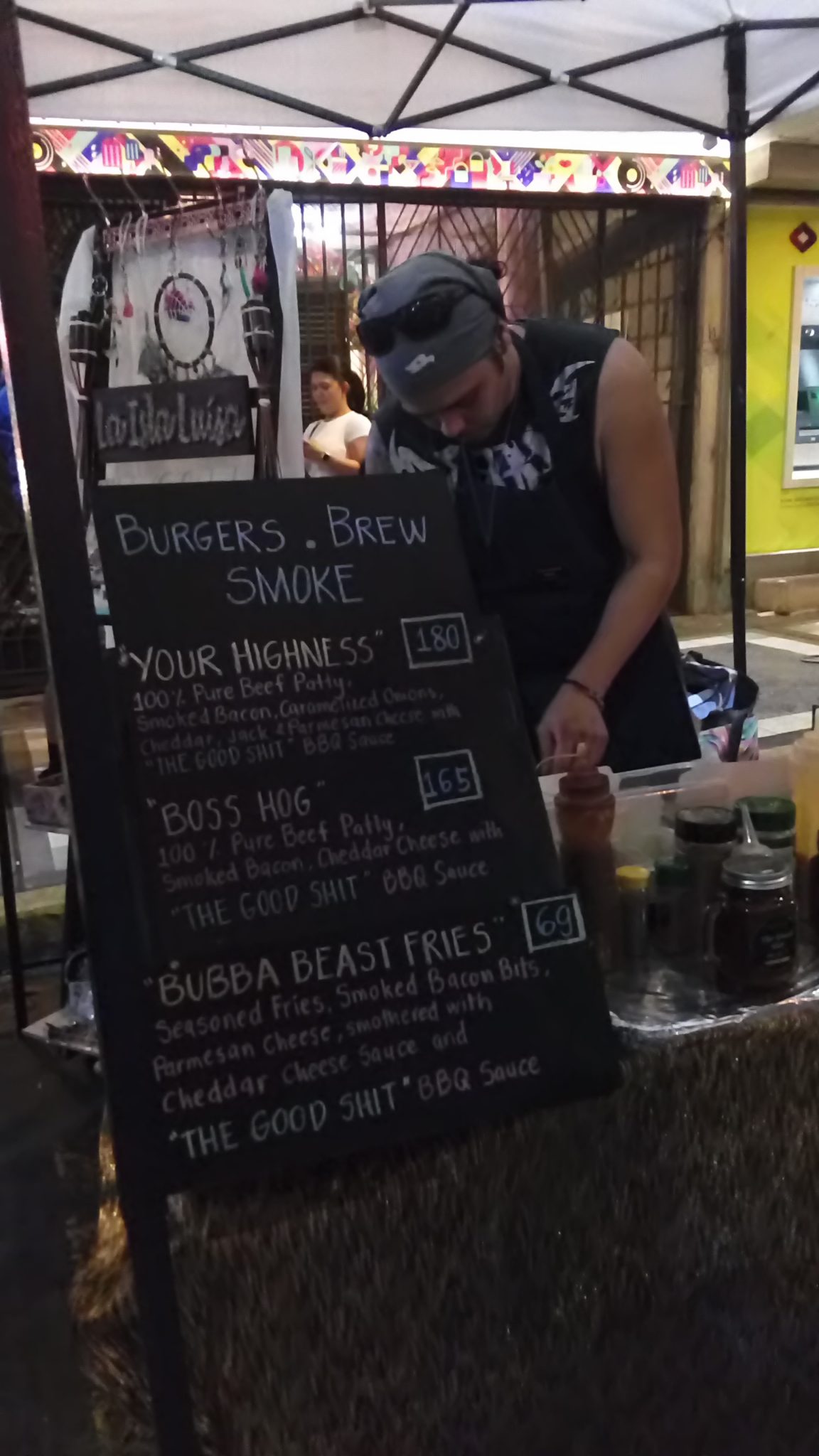 You cannot consider a party a good one if good music isn’t present. DJs spun their trendiest rendition of the hits from the 60’s, 70,s and the 90’s that added to the upbeat vibe of the goers. Another attraction was Fred’s Revolucion, a diner which, based on its interior, paid tribute to the world’s historical revolutionaries like Vladimir Lenin, Joseph Stalin, Karl Marx and Che Guevarra.

As the night grew deeper, people seemed to enjoy more of what the Escolta Block Party could offer. The combination of the historically old buildings and the modern elements in the party was indeed effective.