QUEZON City, Philippines (March 6) – Growing up with a family where both of your parents are post-World War II babies, there are these days when they will just burst out with stories on how great Manila is during their generation, how the city exudes pure elegance even after the Battle of Manila in 1945, and how the structures built in downtown Manila became a representation of how rich our culture and history is.

In one of our late-night stories sessions, I remember my mom telling us that she began living with her godmother in Sta, Cruz Manila at the young age of 12 to be a housekeeper. In return, her “ninang” would send her to one of the schools in Manila and the rest of her salary would be sent home in Paracale, Camarines Norte. On the other hand, my father, at the age of 16, began working as a longshoreman in one of the ports of Manila.

Their musings usually centered around the fact that most of their youth were spent in the glorious streets of Old Manila. However, I guess that what’s most remarkable for both of them was the street of Escolta. No, they didn’t meet and fall in love on the said street; it has no significant role in their love story but seeing how their eyes brighten each time the name of the street is mentioned, it definitely has a noteworthy role in their youth.

I remember my mom once said “Sus, wala yang mga SM na yan sa Escolta!” you can sense pride in the way she said it, which makes me wonder how Escolta really looked like in their days. How different it really was compared to the present dilapidated state of Escolta.

Situated in the old downtown district of Binondo, Escolta is considered to be one of the oldest streets in Metro Manila. Constructed in 1594, it runs parallel to the Pasig River, from Plaza Santa Cruz to Plaza Moraga and Quintin Paredes Street. It served as the melting point for merchants from Europe, Latin America, India and China. Escolta has been the central financial district of the country, until the later part of the 1960s when the business district of Makati started to bloom.

A neo-classical building fronting Plaza Goiti (Lacson) in the eastern end of Escolta Street, the building once housed the headquarters of Monte de Piedad and Prudential Bank before it was sold to Bank of the Philippine Islands. 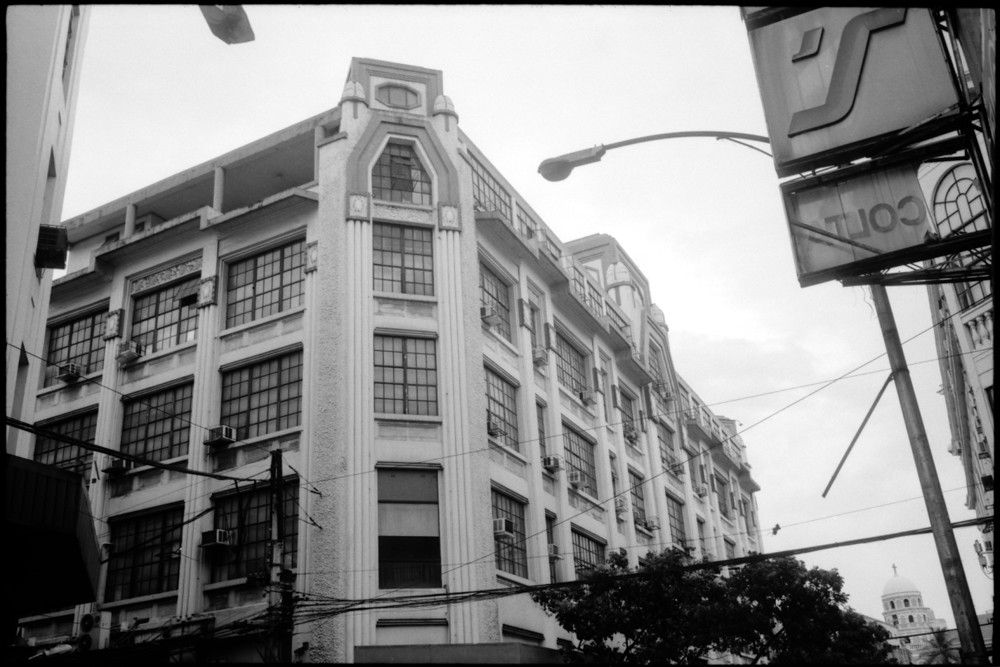 One of the few surviving examples of art deco architecture in Manila, it was the tallest building in Manila at the time of its completion in 1928. Designed by Andres Luna de San Pedro, the building was previously named Perez Samanillo Building. 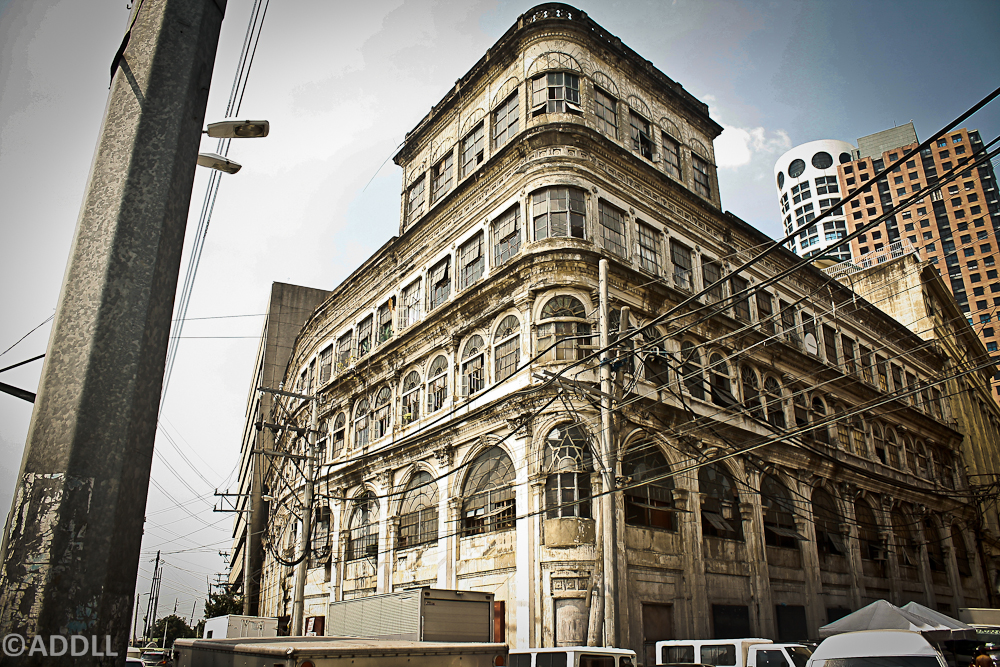 A neo-classical and Renaissance building built as a wedding gift for the union of a Zobel daughter and a Peruvian count back in 1914. It was designed by Ramon Irureta-Goyena and Francisco Perez-Muñoz in the Beaux Arts Style. 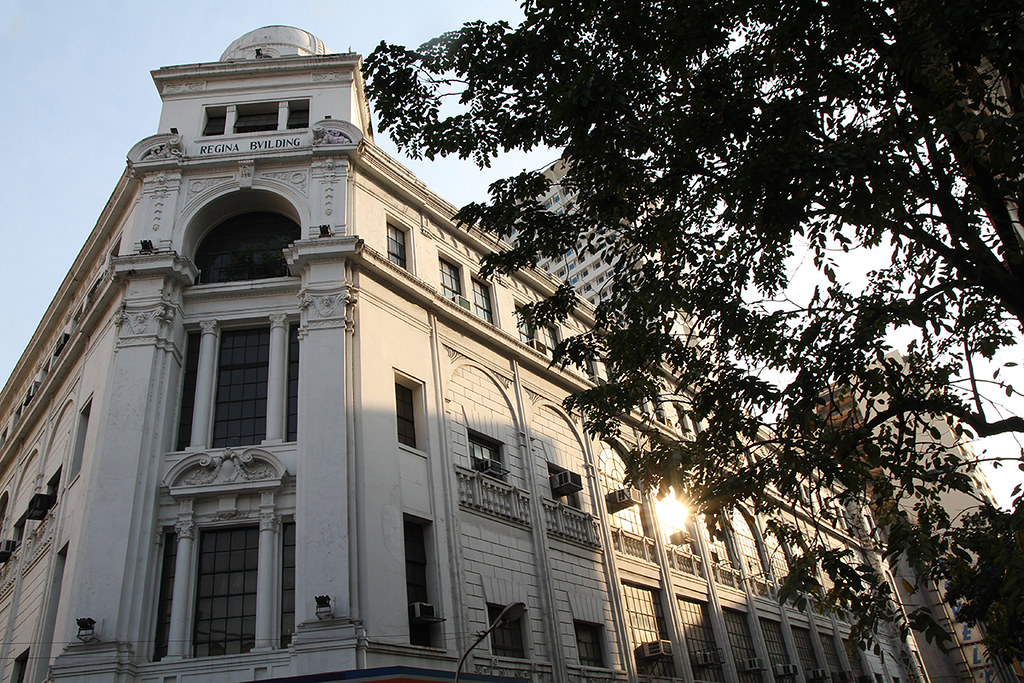 Built in 1934, this four-story building was designed in the neo-classical style by Andres Luna de San Pedro.

A beaux arts style building that housed the Insurance Commission in the 1950s.

Named after philanthropist, William J. Burke, the building is known as the location of the first elevator in Manila.

Another fine example of beaux arts style architecture, it was built in 1938 by Edificio Calvo and designed by Fernando Ocampo. In 1950, the building was also the location of the first radio studio of DZBB-AM (a flagship AM radio station of GMA Network) until 1957 before the transferring of the DZBB studio in GMA Network Center (the current headquarters of GMA 7) along EDSA corner Timog Avenue, Diliman, Quezon City. 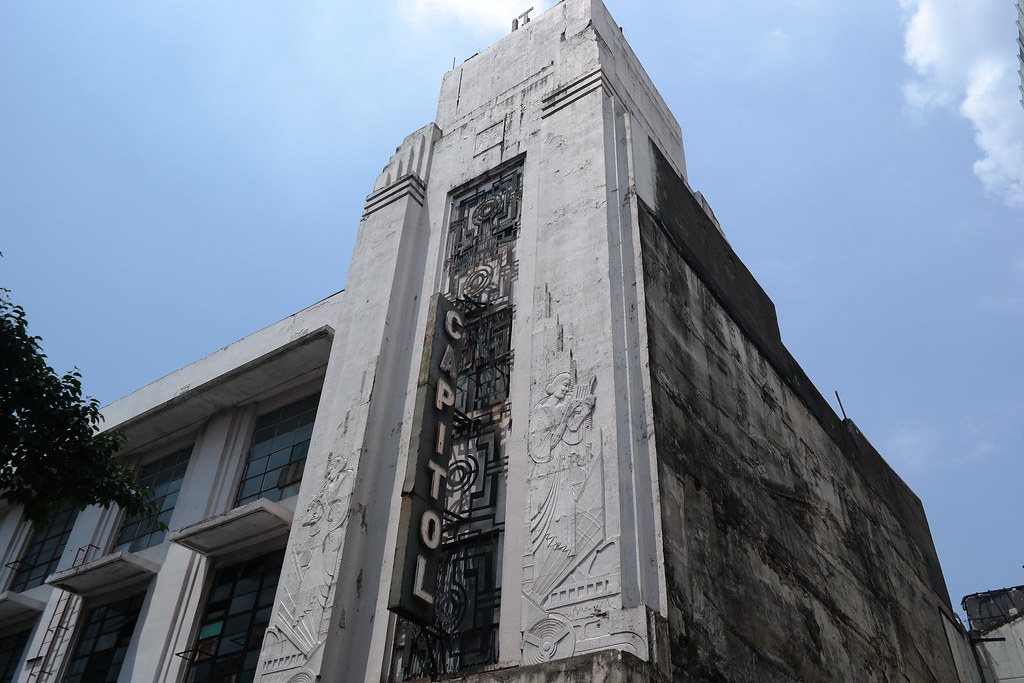 Designed by Juan Nakpil and built in the 1930s, this theater had a double balcony, which is a rare architectural design. The theater’s facade has reliefs of 2 muses done by Francesco Monti. The theater is now closed, its location serving as a venue for a few commercial establishments and restaurants.

Undoubtedly, events that took place in Escolta are worth sharing with the next generation of Filipinos—how it reflected the ways of living of our forefathers, how it became a witness to the events that shaped the history of our country—just like what my mama used to do when she was still alive.