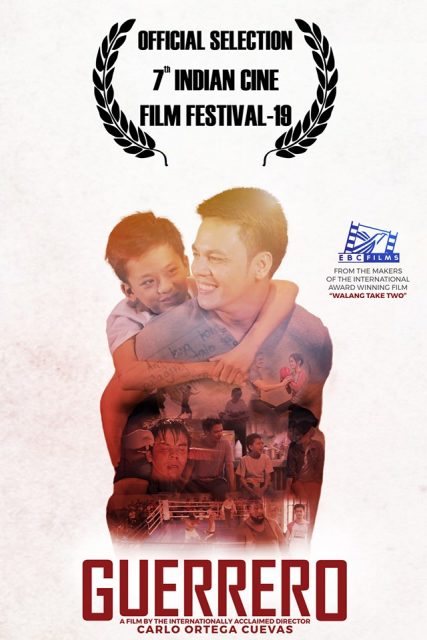 (Eagle News) — EBC Films’ “Guerrero” received another laurel as an official selection of the Indian Cine Film Festival in Mumbai, India, and will be part of the screening there .

Recently, this award-winning film was recognized by Los Angeles Independent Film Festival Awards 2019 (LAIFFA) in the heart of Hollywood at Raleigh Studios.  This was last August 24.

The 7th Indian Cine Film Festival will be held on Sunday, September 8, 2019 at the Hotel Residency Andheri, in Andheri East, Mumbai, India.

The India Cine Film Festival (ICFF) has its roots almost a decade back in northern India, according to its website. The film festival was launched in Meerut and was concluded successfully in Noida with the participation of almost 18 countries.

In 2014, the Miniboxoffice “adopted the festival officially from its organizers and Indian Cine Film Festival are now moving with passionate minds of Miniboxoffice,” according to Festival Director, Rambhul Singh.

The ICFF-19 aims to give momentum to the independent cinema, he said in the website information.

Singh said the ICFF objective is to “create a platform for the meeting, sharing and development of great cinematic ideas.”

“The festival along with international competitive films screenings also holds a film market and industry-oriented master-classes and discussions. The festival will provide a central point where industry people can share business and new opportunities shall be created for new talent,”

“The 7th edition of Indian Cine Film Festival is aimed to set a new milestone and it’s an endeavor of Miniboxoffice to make it relevant for each and every participant. With this, I welcome you all and see you at ICFF-19 with your cinematic craft,” says Singh. 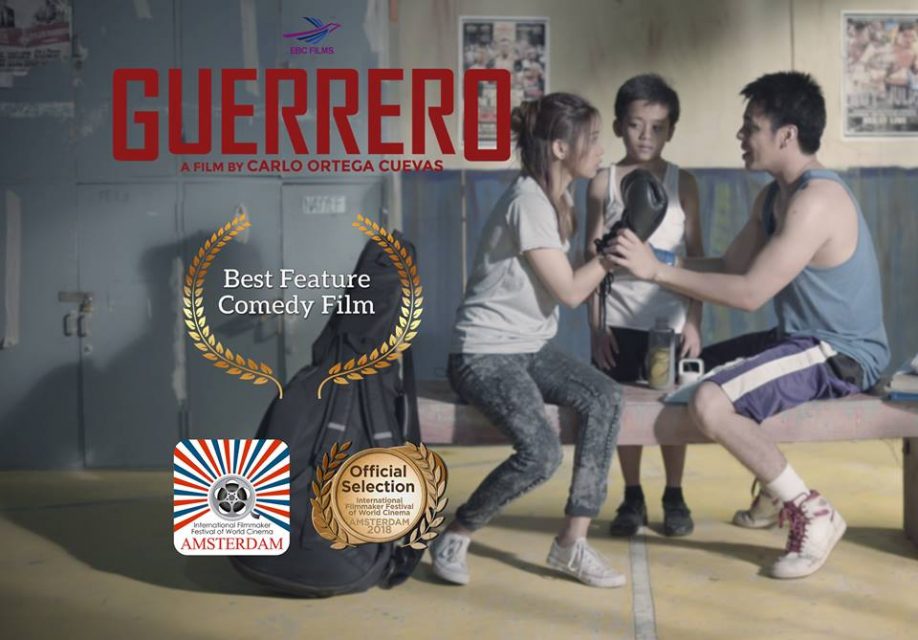 According to Cuevas, “Guerrero” is about inspiration and hope. Everyone faces life’s challenges and overcome them through perseverance and resilience despite the odds because we are all “guerreros” or warriors.

Since 2017, the film has been released in the United States and Canada, Asia, Middle East, United Kingdom, and Europe. It is the first full-length feature film of EBC Films.

EBC Films is committed to producing entertaining yet values-based films that have moral lessons to share. EBC Films’ first movie “Guerrero” received international acclaim and garnered several awards in the international film festival circuit. As its second offering, “Hapi ang Buhay the Musical” (Life is Happy) was reinvented from the hit Net 25 comedy series. Both movies of EBC Films have been released and distributed for audiences around the world. 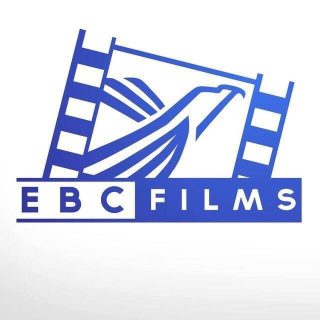