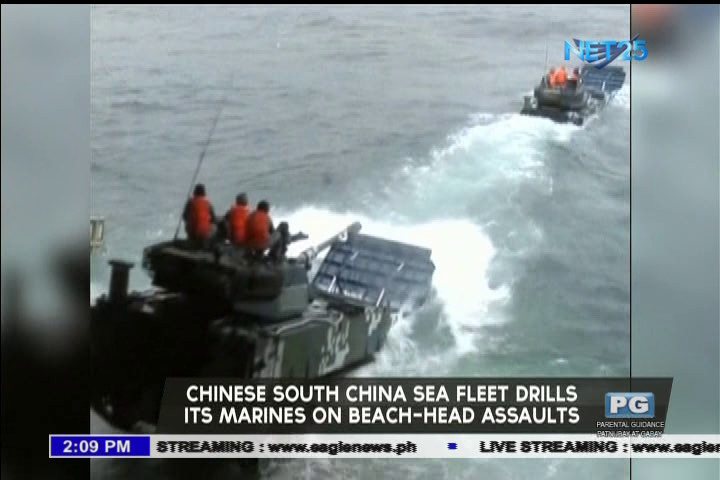 The drill aims at enhancing the overall capability of what has been known as marines’ last mile to the beach.

On the red corner is the amphibious landing dock ship, Changbaishan, carrying air-cushion crafts and armored carriers and assault tanks, ready for landing assault against the blue corner guarding the beach overland.

When ready, the latest type of air-cushion crafts part with their mother ship to brave the barrage fires from both air and land.

The red corner has overpowered the blue corner with overwhelming fires from sea and from assaulting tanks to land and set up the beach-head perimeters for possible counter-attacks from the opposite corner.

Chen Yao, Captain of the landing detachment of the South China Sea fleet, said that the current drill in battle ready format enhances both their driving and commanding capabilities of the new type of air-cushion crafts, so does it with the entire detachment.