“As of 11am, multiple batches of Chinese warplanes and warships conducted exercises around the Taiwan Strait and crossed the median line of the strait,” the defence ministry said in a statement.

“This Chinese military exercise, whether it be the launch of ballistic missiles or the deliberate crossing of the median line of the strait, is a highly provocative act.”

The median line is an unofficial but once largely adhered-to border that runs down the middle of the Taiwan Strait, which separates Taiwan and China.

China has been holding huge drills encircling Taiwan since Thursday to protest this week’s visit to the island by US House Speaker Nancy Pelosi.

It was previously rare for military jets and ships to cross the median line, although Chinese incursions have become more common after Beijing declared in 2020 that the unofficial border no longer existed.

Crossings of the line are sensitive because the Taiwan Strait is narrow, just 130 kilometers (81 miles) at its thinnest point, and incursions raise the risk of military accidents.

In recent years Beijing has ramped up incursions against Taipei.

The ADIZ is not the same as Taiwan’s territorial airspace, including a far greater area that overlaps with part of China’s own air defense identification zone and even some of the mainland. 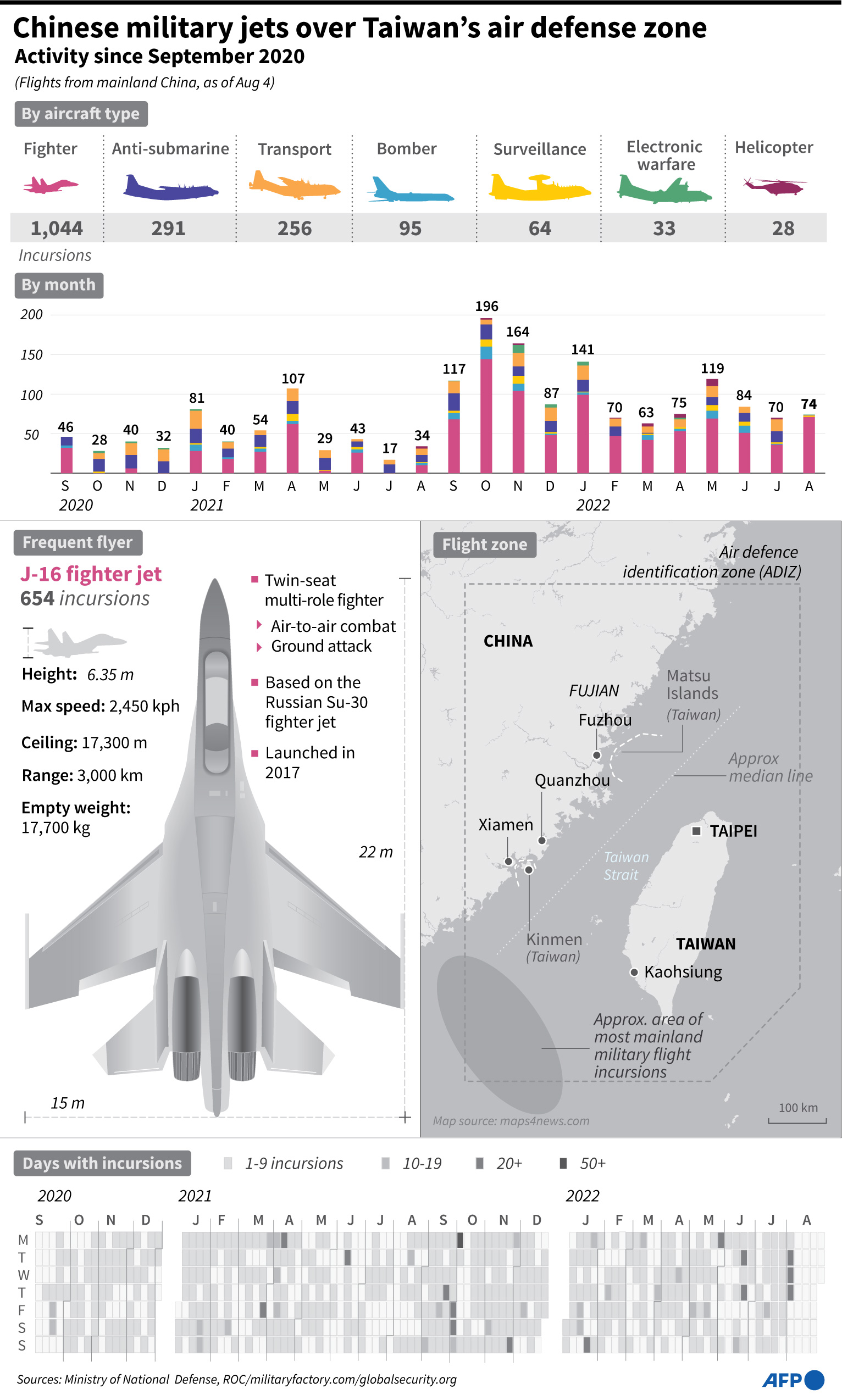 But this week’s military drills by China have seen a spike in median-line incursions.

Of the 49 incursions Taiwan reported on Wednesday and Thursday, 44 involved Chinese aircraft crossing the median line.