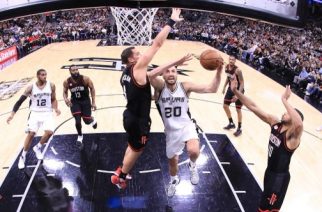 LOS ANGELES, United States (AFP) — Kawhi Leonard scored 22 points as the San Antonio Spurs outgunned the Houston Rockets 110-107 in an overtime thriller to grab a 3-2 lead in their Western Conference playoff series on Tuesday. Veteran Manu Ginobili pulled off an astonishing defensive block of James Harden as the Rockets star shaped for a game-tying three-pointer in the final seconds of overtime at San Antonio’s AT&T Center. It was a superb piece […] 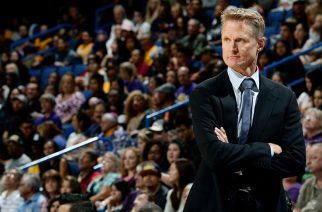 Golden State Warriors head coach Steve Kerr  is scheduled to undergo a spinal-cord-leak procedure to address his chronic back pain. The Warriors are still in the running in the 2nd round of the 2016-2017 NBA Playoffs. 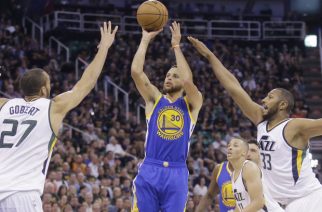 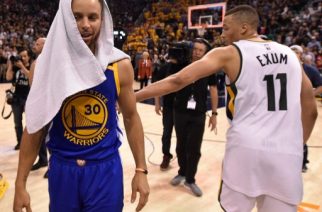 LOS ANGELES, United States (AFP) — Stephen Curry scored 30 points as the Golden State Warriors wrapped up a series sweep with a 121-95 rout of the Utah Jazz on Monday. The Warriors advanced to a Western Conference finals showdown against either Houston or San Antonio after overcoming a fleeting Utah rally to take the series 4-0 at Salt Lake City’s Vivint Smart Home Arena. It was a second consecutive 4-0 series victory for the […] 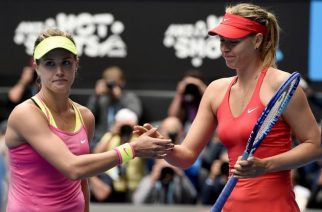 Sharapova loses to Bouchard in 2nd round of Madrid Open

Maria Sharapova losses in the hand of her biggest critic, Eugene Bouchard, on the 2nd round of Madrid Open Bouchard beats the Russian tennis star with the score of 7-5, 2-6 and 6-4 in almost 2 hours of the game. This is the second game of Sharapova following her 15 months ban of playing after being positive on an illegal substance. During the comeback of the Russian star, Sharapova was denounced by the Canadian Tennis […] LOS ANGELES, United States (AFP) — Houston Rockets forward Nene has been ruled out of the remainder of the season after suffering a torn thigh muscle, the team confirmed on Monday. The 34-year-old Brazilian was injured in the first quarter of Sunday’s Game 4 win over the San Antonio Spurs, hobbling off after just two minutes. “The Rockets medical staff is currently reviewing treatment options,” the team said in a statement. Nene’s absence is a […] 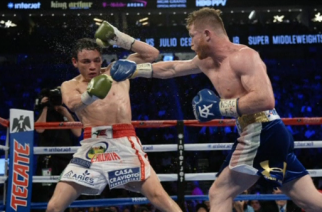 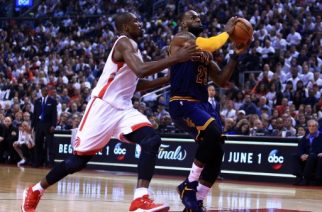 LOS ANGELES, United States (AFP) — The NBA champion Cleveland Cavaliers powered into the Eastern Conference finals on Sunday, downing the Toronto Raptors 109-102 to complete a four-game sweep of their playoff series. LeBron James scored 35 points with nine rebounds and six assists as the Cavaliers subdued the desperate Raptors to remain unbeaten in eight games in these playoffs. They’re the first team to win eight games in a row over consecutive post-season runs. […] WASHINGTON, United States (AFP) — John Wall scored 24 points as the Washington Wizards trimmed the deficit in their NBA Eastern Conference playoff series against Boston on Thursday with a 116-89 victory. The Wizards seized control of the contest with a 22-0 scoring run in the first quarter. Although they never trailed, there was plenty of tension, with eight technical fouls handed out and Washington’s Kelly Oubre Jr. ejected in the first half for a […] 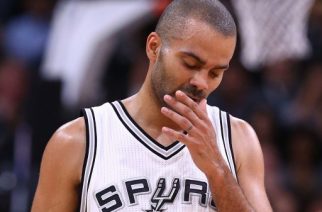 NBA: Parker to miss end of season over leg injury

LOS ANGELES, United States (AFP) — San Antonio Spurs star Tony Parker will miss the remainder of the NBA playoff season after suffering a leg injury during his team’s win over the Houston Rockets, the Spurs said Thursday. Parker collapsed to the court in agony during the fourth quarter of the Spurs’ series-levelling win over the Rockets on Wednesday. The French star was carted off by teammates Dewayne Dedmon and Dejounte Murray and did not […] 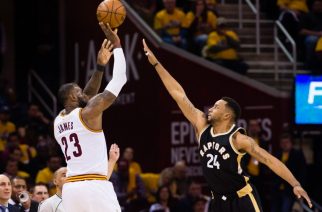 LOS ANGELES, United States (AFP) — Cleveland Cavaliers star LeBron James passed Kareem Abdul-Jabbar on Wednesday for second place on the NBA’s all-time playoff scoring list on Wednesday and now has No. 1 Michael Jordan in his sights. James moved ahead of Abdul-Jabbar (5,762 points) with his 27th point in a 125-103 Cleveland win over the Toronto Raptors in game two of their best-of-seven playoff series. Jordan heads the list with 5,987 points but James […]