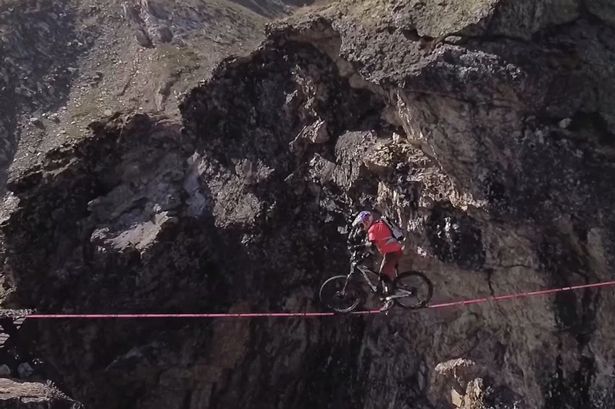 World champion rides bike over slackline in the Alps

Trial bike world champion Kenny Belaey travelled to new heights on September 17 as he managed to successfully ride a slackline across a 120 meters (123 yards) drop in the French Alps at an altitude of 2700 metres (2952 yards). The shot in the ski resort of La Plagne by Red Bull, shows Belaey’s initial attempts at the stunt where he falls off his bike and is temporarily suspended mid-air in the Alps. Then it […] 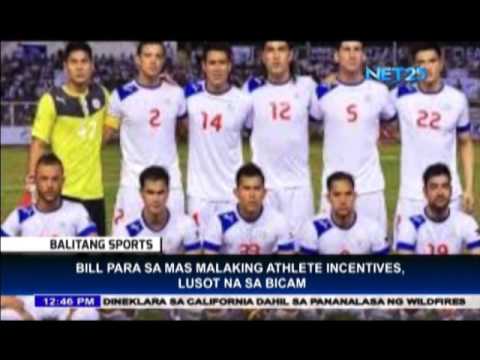 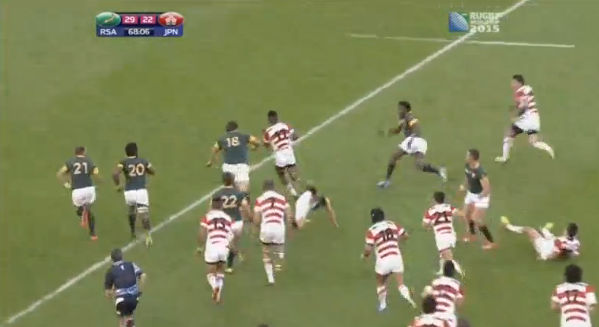 (Reuters) – Japan pulled off perhaps the biggest upset in Rugby World Cup history on Saturday, defeating two-time World Cup champions South Africa 34-32 in a ferocious encounter at Brighton Community Stadium. Replacement Karne Hesketh raced in at the corner in the 84th minute to snatch victory from a pulsating contest in the Pool B opener. Ferocious tacking from Japan kept them within two points of the Springboks at halftime after driving mauls brought tries […] 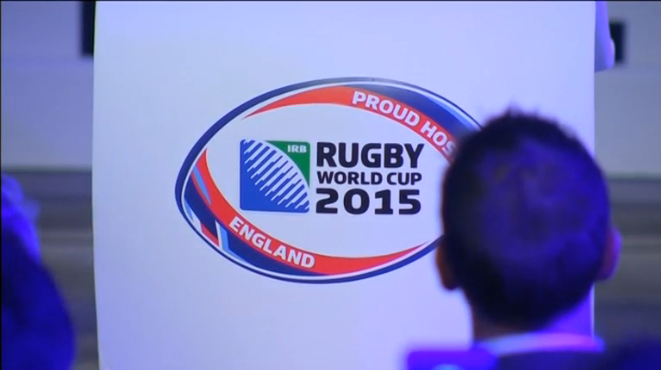 Britain’s Prince Harry attended a launch party for Rugby World Cup 2015 on Thursday (September 17) evening, as England prepares to open the tournament against Fiji in front of 80,000 expectant fans at Twickenham Stadium in London on Friday (September 18). Harry was joined by British Prime Minister David Cameron and rugby legend Jason Leonard, who’s also the president of Rugby Football Union (RFU), to celebrate the eve of the tournament in central London. “This […] 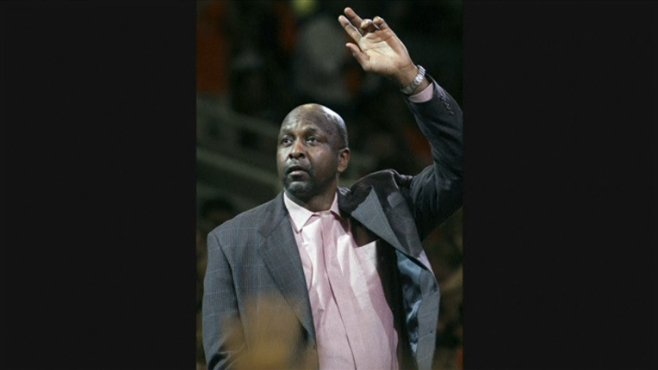 SEPTEMBER 14 (Reuters) — Basketball legend Moses Malone, a three-time most valuable player for the National Basketball Association, died early Sunday (September 13) in Virginia at age 60, authorities said. Malone was found unresponsive Sunday in the Norfolk Waterside Marriott hotel in Norfolk, Va., according to a statement from Norfolk police. He was pronounced dead at the scene a short time later, police said. The cause of his death has not been determined, police said. […] 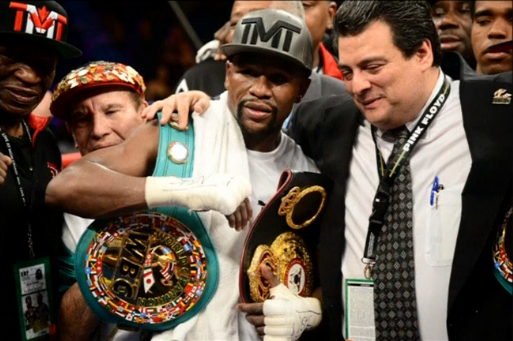 (Reuters) — Floyd Mayweather Jr. cemented his place among the pantheon of boxing greats with a unanimous decision over fellow American Andre Berto on Saturday (September 12) in what he has repeatedly said would be the final fight of his career. Mayweather, 38, outboxed his younger opponent over the 12 rounds to retain his WBC and WBA welterweight titles and improve his perfect career record to 49-0, matching the benchmark set by former heavyweight champion […] 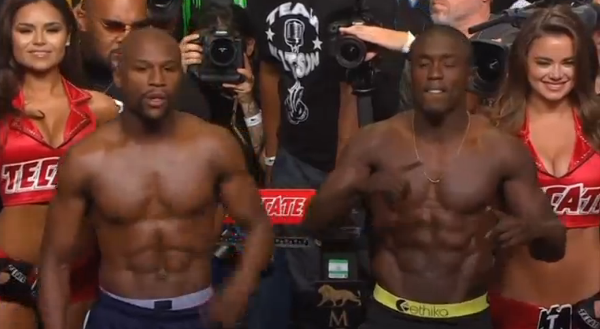 Berto not backing down from Mayweather challenge

(Reuters) — Challenger Andre Berto will go into Saturday’s welterweight fight against Floyd Mayweather as a heavy underdog but the fighter senses that something is brewing and that boxing fans will be treated to a real “rumble”. Berto, 32, will be aiming to end his fellow American’s perfect 48-0 record and his corner man, Virgil Hunter, has promised that his boxer is capable of fighting “over his head” in a bout scheduled for 12 […] 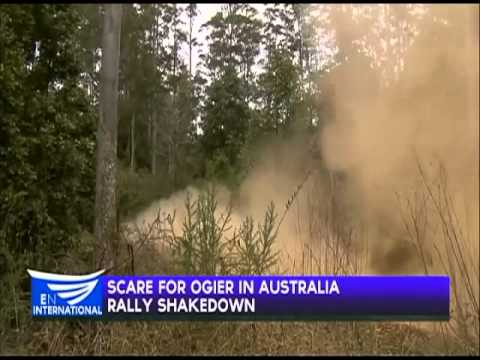 SEPTEMBER 11 (Eagle News) — Series leader Sebastian Ogier, who can secure his third consecutive world title this weekend, tipped his Volkswagen Polo R high onto two wheels at the opening corner of his first pass through the 4.98km Hydes Creek test. The Frenchman reacted quickly to prevent the car rolling and then went fastest by 1.1sec in his fourth and final run. A victory in Australia will be enough to secure Ogier his third […] 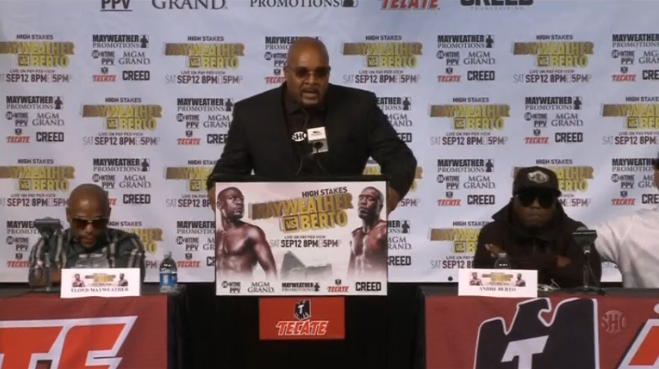 SEPTEMBER 10 (Reuters) — For Floyd Mayweather Jr., it was very familiar territory as he explained why he was the best boxer of his generation during the buildup to what he says will be the final bout of his career against Andre Berto on Saturday. The five-division world champion will put his unbeaten record on the line when he defends his WBC and WBA welterweight titles against fellow American Berto at the MGM Grand Garden […] 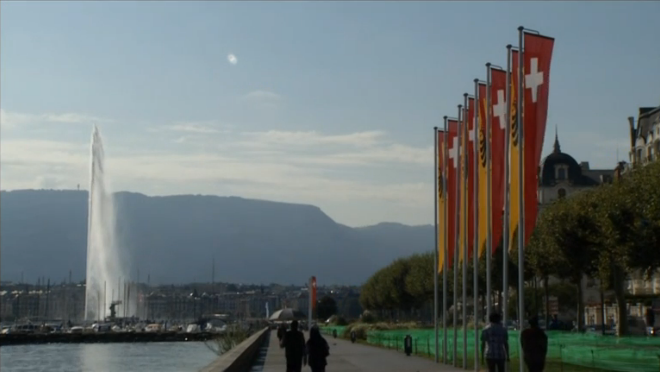 GENEVA, Switzerland, September 9 (Reuters) — The initiative from FC Porto proposing that European soccer clubs should help refugees has been adopted unanimously by the European Club Association (ECA) after the election of a new Executive Board in Geneva, Switzerland on Tuesday (September 8). As Europe struggles with a migration crisis with 380,000 people arriving in the continent by sea this year, according to the International Organization for Migration (IOM), European clubs have decided to […] 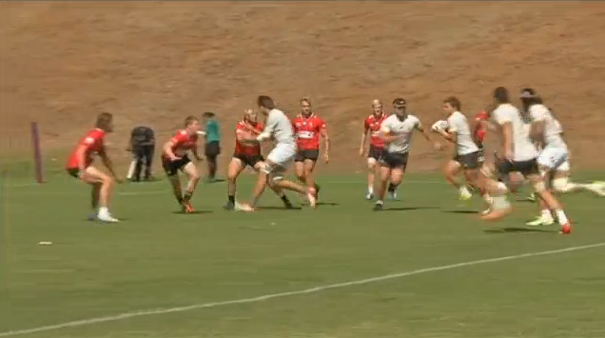 JOHANNESBURG, South Africa, September 8 (Reuters) — The South African rugby squad continued their World Cup preparations in Johannesburg on Monday (September 7), four days before they depart for England. South Africa will rely on players who have seen it all before as they bid to become the most successful nation in rugby World Cup history at this year’s tournament. Coach Heyneke Meyer has included nine players from the Springboks’ winning squad of 2007 as […]

MANILA, Sept. 4 (PNA) – Gilas Pilipinas returned to winning ways with a 92-88 overtime victory over New Zealand in the ongoing Jones Cup in Taipei on Friday. Veteran Dondon Hontiveros hit three triples in extra five minutes as the Filipinos completed a huge comeback from 16-point down for their fourth win against two losses. New Zealand led by as many as 16 points in the third quarter but Gilas Pilipinas rallied behind Jayson Castro. […]