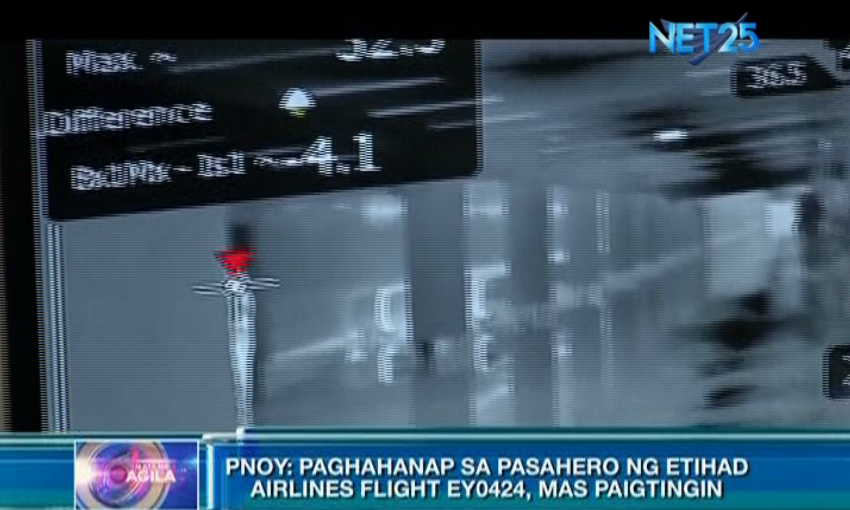 By Azer N. Parrocha MANILA, April 21 (PNA) — President Benigno S. Aquino III has directed the Department of Health (DOH) to intensify efforts in locating and contacting the passengers of the Etihad Airlines Flight EY 0424 who need to be screened for possible Middle East Respiratory Syndrome-Coronavirus (MERS-CoV) infection. Last April 15, a returning overseas Filipino worker (OFW) who worked as a nurse in the United Arab Emirates (UAE) was tested positive for MERS-CoV […] 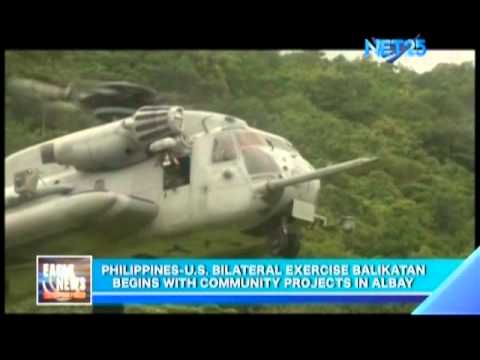 The Philippines-United States Balikatan exercise begins today. The military forces started the first phase by conducting preliminary work on community infrastructure projects in Legaspi City, Albay. The exercise aims to train military personnel of both countries to provide relief and assistance in the event of natural disasters and other crises that endanger public health and safety. 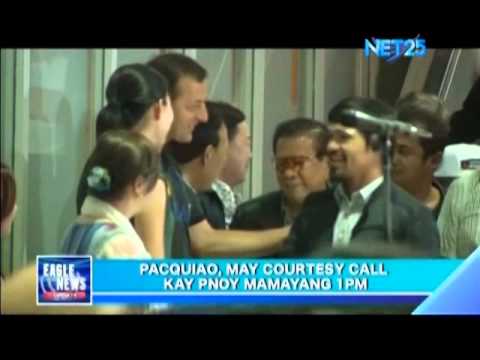 Manny Pacquiao will visit President Benigno Aquino III for a courtesy call at the music room of the Malacañang, after his victory against Timothy Bradley. 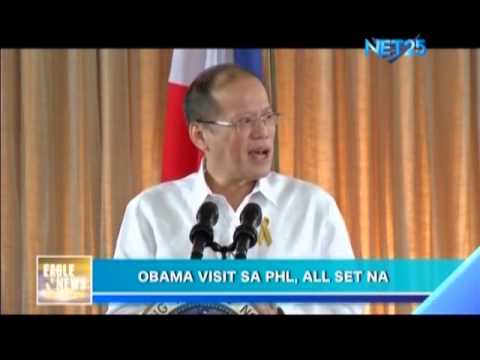 Everything is all set for the first visit of United States President Barack Obama, conducting bilateral programs with President Benigno Aquino III as well as a joint press conference. After the ultimate road re-blocking during the long vacation, the Department of Public Works and Highways is going to conduct two more projects. According to Metropolitan Manila Development Authority Chairman Francis Tolentino, the repair of the Magallanes Interchange may last eight to nine months. Another project is the laying of asphalt on EDSA from Balintawak, Quezon City to Heritage Hotel in Pasay City. A road re-blocking in EDSA Ayala, closing several lanes together with an incident in a tunnel caused heavy traffic as commuters go back to work. PAGASA is currently monitoring a low-pressure area 1010 km from Eastern Samar, with the possibility of entering Philippine Area of Responsibility tomorrow morning. An estimated 1,000 families were affected by a fire in Brgy. 120, Caloocan City. The fire started on Sunday, 5 in the afternoon and lasted until Monday morning at six. One was reported dead and several injured as the fire spread to nearby barangays. MANILA, Philippines — Saying she was ready to answer the charges against her, the former chief of staff of Senator Juan Ponce Enrile flew back to the country Saturday morning (April 19) from San Francisco to face a complaint for plunder filed against her in connection with the P10 billion pork barrel scam. Jessica Lucila “Gigi” Reyes arrived at about 4 a.m. aboard a Philippine Airlines flight no. PR105. Reyes, resigned as Enrile’s chief of […] MANILA, April 18 (PNA) – Filipino boxing superstar Manny Pacquiao returned to the country on Friday morning, five days after reclaiming the WBO welterweight title from erstwhile undefeated American Timothy Bradley in Las Vegas, Nevada. Pacquiao, 35, arrived at the Ninoy Aquino International Airport (NAIA) Centennial Terminal on board a Philippine Airlines flight at 4:30 a.m. The Filipino word champion was accompanied by his mother Dionisia, who earned attention of the boxing world after she […]