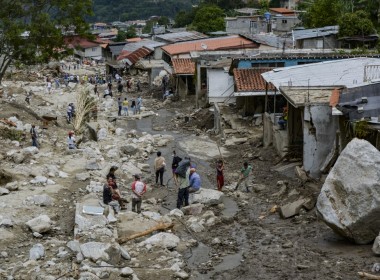 At least 20 dead after torrential rains in Venezuela

MÉRIDA, Venezuela (AFP) — The death toll from heavy rains that triggered mudslides and floods in western Venezuela has risen to 20, local authorities said Wednesday, with 17 other people missing. Nine states are in an “emergency” situation and more than 54,000 people have been affected by the downpours, Interior Minister Remigio Ceballos told state television. On Tuesday he warned it would continue to rain “for the next 10 days.” The hardest-hit areas are […] 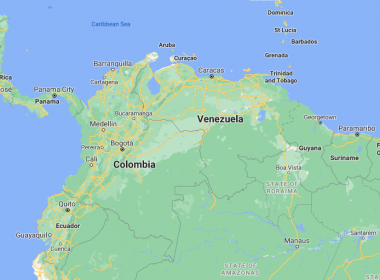 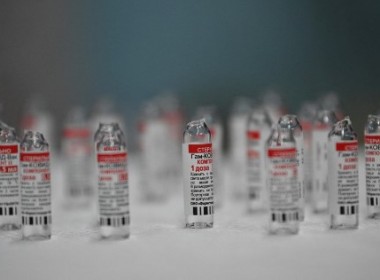 BUENOS AIRES, Argentina (AFP) — Argentina on Thursday began distributing the first batch of more than one million doses of the Russian Sputnik V Covid-19 vaccine produced domestically. The South American country announced in June that a local pharmaceutical company would manufacture the vaccine using an antigen provided by the Moscow-based maker of Sputnik. So far Laboratorios Richmond, the pharmaceutical company tasked with the effort, has produced 995,000 units of the first dose and 152,000 […]

MIAMI, United States (AFP) — Tropical Storm Fred, the sixth of this year’s Atlantic hurricane season, formed south of Puerto Rico and was expected to move westwards through the Caribbean, the US National Hurricane Center (NHC) said early Wednesday. The cyclone was about 40 miles (65 kilometers) southwest of Puerto Rico, the NHC said. Tropical storm warnings have been issued for Puerto Rico, the US Virgin Islands and the Dominican Republic, where the cyclone is […] 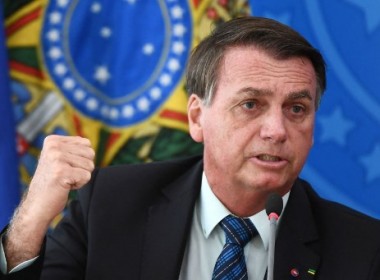 Bolsonaro lashes out at new probe: ‘Brazil is under attack’

BRASILIA, Brazil (AFP) — President Jair Bolsonaro lashed out Tuesday at electoral authorities for ordering an investigation of his campaign against Brazil’s electronic voting system, saying he refused to be “intimidated” and that the country “is under attack.” The far-right president, who is up for re-election next year, has recently stepped up his long-time criticism of Brazil’s voting system, claiming — without evidence — that it is riddled with fraud and insisting there will be […] 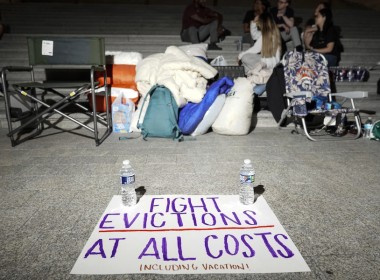 Millions of Americans could find themselves homeless starting Sunday as a nationwide ban on evictions expires, against a backdrop of surging coronavirus cases and political fingerpointing. With billions in government funds meant to help renters still untapped, President Joe Biden this week urged Congress to extend the 11-month-old moratorium after a recent Supreme Court ruling meant the White House could not do so. But Republicans balked at Democratic efforts to extend the eviction ban through […] 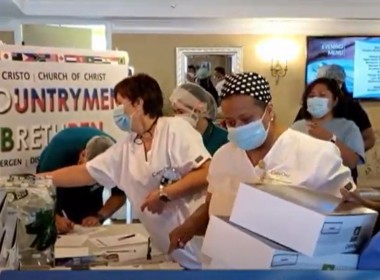 WATCH: Stories of how the INC’s Aid to Humanity helped communities in the Americas amid the pandemic

In this special report, Eagle News America continues its coverage of the Iglesia Ni Cristo’s (Church Of Christ’s) 107th Anniversary, and tells the stories of how the Church has made a positive impact on communities in the Americas amid the pandemic. EBC’s correspondents in North and South America report the various Aid to Humanity events and other socio-civic activities of the INC, through the Felix Y. Manalo Foundation, that helped various communities across the […] 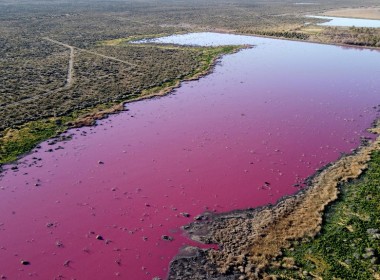 TRELEW, Argentina (AFP) — A lagoon in Argentina’s southern Patagonia region has turned bright pink in a striking, but frightful phenomenon experts and activists blame on pollution by a chemical used to preserve prawns for export. The color is caused by sodium sulfite, an anti-bacterial product used in fish factories, whose waste is blamed for contaminating the Chubut river that feeds the Corfo lagoon and other water sources in the region, according to activists. Residents […] 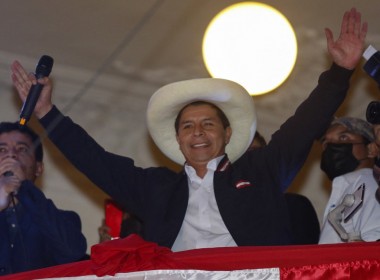 LIMA, Peru (AFP) — Rural school teacher Pedro Castillo on Monday was declared Peru’s president-elect, making him the country’s first leader with no ties to the elites that have governed the Andean country for decades. The 51-year-old far-left trade unionist was largely unknown until he led a national strike four years ago that forced the then-government to agree to pay rise demands. He was born to peasants in the tiny village of Puna in the […] 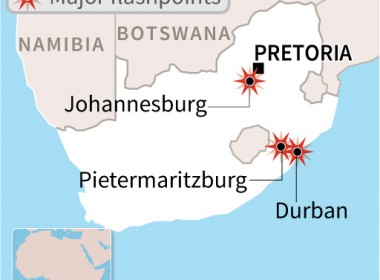 by Susan NJANJI Agence France Presse JOHANNESBURG, South Africa (AFP) — Stores and warehouses in South Africa were hit by looters Tuesday for a fifth day running despite the troops President Cyril Ramaphosa deployed to try to quell unrest that has claimed 72 lives. As pillaging erupted in the economic capital of Johannesburg and the southeastern province of KwaZulu-Natal, South Africa’s main opposition accused radicals of stoking the unrest. The armed forces were sending […] 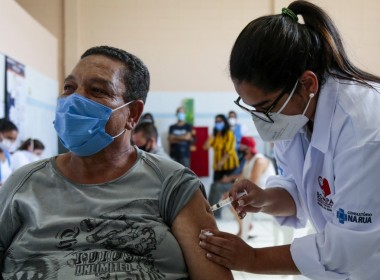 SAO PAULO, Brazil (AFP) — The highly contagious coronavirus Delta variant “is already circulating” in Brazil’s most populated state, Sao Paulo, said authorities Wednesday in the country with the world’s second-highest death toll. The variant, which has boosted infection numbers even in countries with high vaccination rates, “is already indigenous, that is to say, it is already circulating in our environment in people who have not traveled or have had contact with someone who had […] 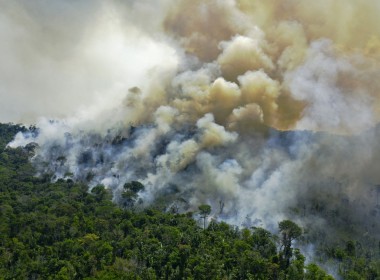 BRASILIA, Brazil (AFP) — The Brazilian Amazon has suffered its worst June for forest fires since 2007, official data showed Thursday, indicating another devastating dry season for the world’s largest rainforest. The INPE research institute said its satellites detected 2,308 fires last month, an increase of 2.3 percent from June 2020. The previous record for the month of June was in 2007 with 3,519 fires. The grim statistic comes after May this year saw the […]