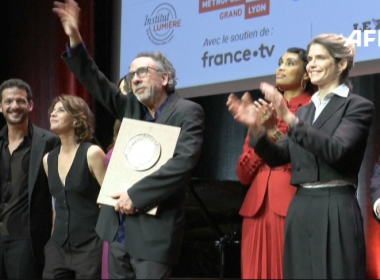 American director, screenwriter and producer Tim Burton receives the Prix Lumière 2022 from the actress Monica Bellucci, to a standing ovation from the audience. “It’s such an honour to be in the birthplace of cinema”, Burton told the audience. (AFP) 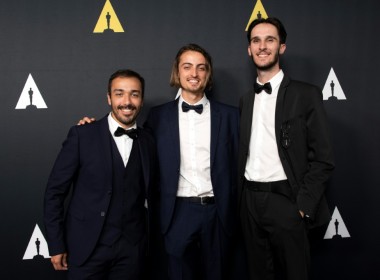 Los Angeles, United States (AFP) — A French animation about the deadly police crackdown on protests by Algerians in 1960s Paris was among the winners Thursday of the Student Academy Awards, held for the first time at Los Angeles’ recently opened film museum. The short film is the latest effort to spotlight a violent event which was covered up for decades by French authorities, before President Emmanuel Macron condemned it as “inexcusable” last year. “We […] 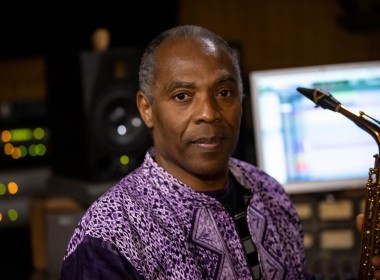 Fela Kuti, who used ‘music as weapon’, honoured in Paris

by Philippe GRELARD Agence France Presse Paris, France (AFP) — The son of Afrobeat legend Fela Kuti spoke of his father’s bravery in using “music as a weapon” ahead of an immersive exhibition opening at the Paris Philharmonic on Thursday. “Instead of picking up a gun, music was the only tool he had. It was a weapon to use against authority, against colonisation and corrupt African governments,” said Femi Kuti, 60, himself a hugely successful […] 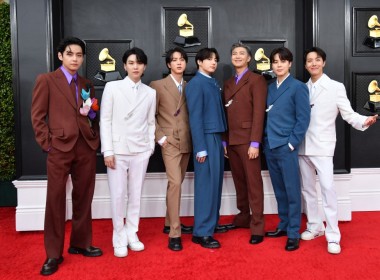 Seoul, South Korea (AFP) — The members of the K-pop supergroup BTS will enlist in the military, their agency said Monday, putting an end to a years-long debate on whether the stars deserved exemptions from mandatory service. All able-bodied South Korean men under the age of 30 must perform about two years of military service, mainly because the country remains technically at war with nuclear-armed North Korea. BTS are credited with generating billions for the […] 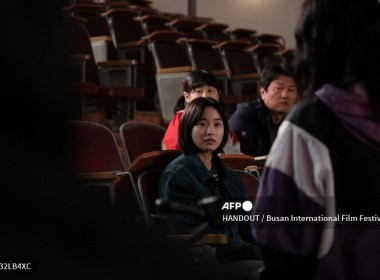 Seoul, South Korea (AFP) — An Indian movie about an impoverished woman involved in a pyramid scheme has won the key prize at this year’s Busan International Film Festival, organisers announced Friday. A total of 10 movies were in the running for the high-profile New Currents award at Asia’s largest festival, with two winners selected for the $30,000 prize.   The other recipient of the prestigious award — reserved for first or second-time Asian directors […]

Netflix to debut subscription with ads

SAN FRANCISCO, United States (AFP) — Netflix on Thursday said a subscription option subsidized by ads will debut in November across a dozen countries as the streaming service strives to jumpstart stalled growth. Netflix reported a loss of 970,000 subscribers in the second quarter along with stagnant profits, and its share price is down 63 percent from this time last year despite rising slightly on the ad-tier news. The new “Basic with Ads” subscriptions will […] 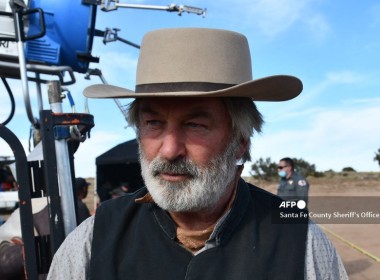 Los Angeles, United States | AFP | by Huw GRIFFITH Actor Alec Baldwin has reached a civil settlement with the family of the woman he shot dead on a film set last year, he said Wednesday, as it was announced production on the movie would restart in January. The US actor was holding a Colt gun during a rehearsal for “Rust,” a low-budget Western being filmed in New Mexico last October when it discharged […] 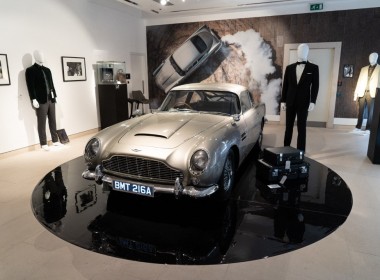 LONDON, United Kingdom (AFP) – A James Bond sale in London featuring the fictional superspy’s Aston Martin cars, suits and wristwatch has raised £6.9 million ($7.8 million) for charity — more than all previous 007 sales at the auction house combined. The two-part sale by Christie’s and EON Productions to mark 60 years since the premiere of first film “Dr. No” concluded on Wednesday — the official James Bond Day. The auction spanned all 25 […] 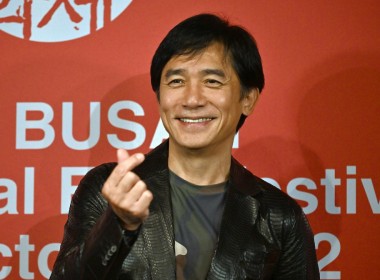 by Yelim Lee with Claire Lee in Seoul Agence France Presse Busan, South Korea (AFP) — Legendary Hong Kong film star Tony Leung said that after 40 years in the business, he’s having more fun than ever playing diverse roles — though he’s still hoping to be cast as a serial killer. Leung, who was awarded the “Asian Cineaste of the Year” prize at South Korea’s Busan International Festival, is best known for his work […]

Asia’s biggest film festival back in top form in 2022 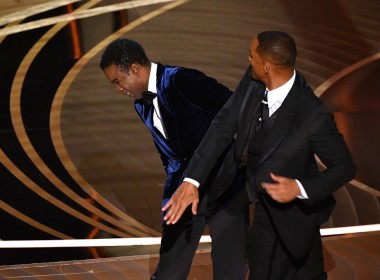 Apple to release Will Smith film this year despite Oscars slap

LOS ANGELES, United States (AFP) — Less than a year after Will Smith shocked millions around the world by slapping Chris Rock at the Oscars, his new film “Emancipation” will be released this December, Apple said Monday. The slavery drama was broadly assumed to have been delayed in the wake of Smith’s assault on comedian Rock, which drew widespread condemnation and resulted in Smith being banned from attending the Academy Awards ceremony for 10 years. […] 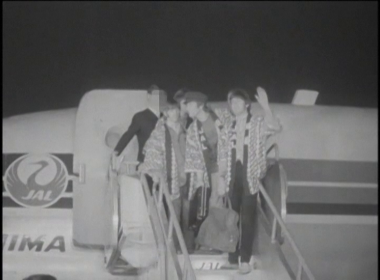 by Tomohiro OSAKI Agence France Presse Tokyo, Japan (AFP) — Beatles fans have hailed the release of never-before-seen footage showing the Fab Four on tour in Japan, following a fierce court battle over the 35-minute video. The silent black-and-white footage of the British band’s only visit to the country in 1966 was recorded by police as a security measure. It shows the musicians descending from a plane in matching kimonos and performing to a rapturous […]