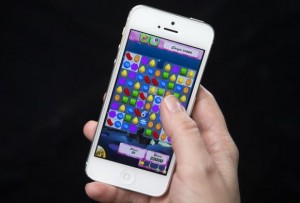 (Reuters) – King, the company behind the hit mobile phone game “Candy Crush Saga,” is planning a U.S. stock market debut that some analysts think could value it at more than $5 billion and herald a flurry of technology company listings this year.

The successful flotation of Twitter in November and a surge in Facebook’s share price have fueled speculation that a string of technology firms could come to market, including music-sharing service Spotify, lodging service AirBnB and payments company Square, as well as King.

But some analysts question whether King can maintain its breakneck pace of growth, particularly given the difficulty of some other games makers in maintaining success.

Zynga, the creator of “Farmville,” has seen its share price halve since its initial public offering in late 2011, while Finland’s Rovio has struggled to replicate the success of its 2010 hit “Angry Birds.”

Asian markets did see some successful IPOs last year, like Japanese mobile game maker GungHo Online Entertainment, but there has not been a recent stellar debut story on the mobile game front in Western markets that has excited investors.

“There’s going to be a fair amount of demand,” for King’s IPO, said Mike Hickey, an analyst at the Benchmark company,. “In the mobile market in general, I think there’s an appetite for people to find ways to participate and in a lot of ways this is a best-of-breed-type play.”

“Candy Crush Saga,” which involves moving candies to make a line of three in the same color, was the most downloaded free app of 2013 and the year’s top revenue-grossing app.

It has been downloaded more than 500 million times since its launch in 2012. The basic games are free, but players must pay for add-ons or extra lives.

The IPO prospectus offered a first glimpse into King’s money-making machine, which generated $1.9 billion in revenues in 2013, or $5 million a day. It posted adjusted earnings before interest, tax, depreciation and amortization of $825 million in the year, up from $28.5 million in 2012.

In comparison, Zynga and Supercell, the company behind “Clash of Clans,” both earned around $900 million in revenues last year.

While King’s revenue skyrocketed in 2013 from the prior year, its fourth-quarter revenue declined sequentially, falling to $602 million from $621 million in the third quarter.

King, in its filing, attributed the decline to “a decrease in ‘Candy Crush Saga’ gross bookings, which was mostly offset by an increase in gross bookings across all of our other games.”

“The market is going to kick back a little bit after the Zynga experience,” Hickey said. “The challenge then for King is that they can maintain engagement on ‘Candy Crush,’ which is the majority of their performance, and that’s the issue they’ll have to work investors through.”

The company, which released its most recent puzzle game, “Farm Heroes Saga,” in January, said profit for the fourth quarter was $159 million, up from $6 million a year ago but a 31 percent drop from the third quarter.

King will have to prove it is not a one-hit wonder with “Candy Crush Saga” by delivering a series of money-making games, Hickey said.

King’s co-founder and chief executive officer, Riccardo Zacconi, said the group, which is 48.2 percent-owned by private equity firm Apax Partners, has so far launched five games for mobile phones and all have attracted substantial fan bases.

“Mobile usage is exploding and games are commanding the lion’s share of time spent,” he said in the prospectus.

“NO ROOM FOR UPSIDE’

Japanese tech and telecoms group Softbank bought 51 percent of Supercell late last year, valuing the firm at $3 billion, or around 6.5 times its 2013 EBITDA.

Applying the same multiple to King’s 2013 EBITDA would value the firm at around $5.3 billion.

“The risk here is that the company is valued beyond the 7-10-billion-dollar range because it is a hot company,” Josef Schuster, founder of IPOX Schuster, a Chicago-based IPO research and investment house, said. “On the first or the second day of trading the company is going to be an expensive buy, and if the stock does well in the first month or so there is no room for upside.”

King, which plans to list on the New York Stock Exchange under the symbol “KING”, intends to raise up to $500 million in the listing; the amount a company says it plans to raise in its first IPO filings is used to calculate registration fees and the final size of the IPO could be different.

Founded in Sweden in 2003, King was profitable in 2005 and has not had a funding round since September of that year, when it raised 34 million euros ($46 million) from Apax and Index Ventures.

In the last few months, it has made more than $500 million in dividend payments – including a $217 million payout this month – to its board of directors, its top executives and major investors. Index Ventures owns 8.3 percent of King.

King offers 180 games in 14 languages through mobile phones, Facebook and its own website, but is heavily reliant on “Candy Crush Saga,” which brings in about three quarters of its revenues. The company says its games are played more than 1 billion times a day.

JP Morgan, Credit Suisse and BofA Merrill Lynch have been appointed to lead the IPO.