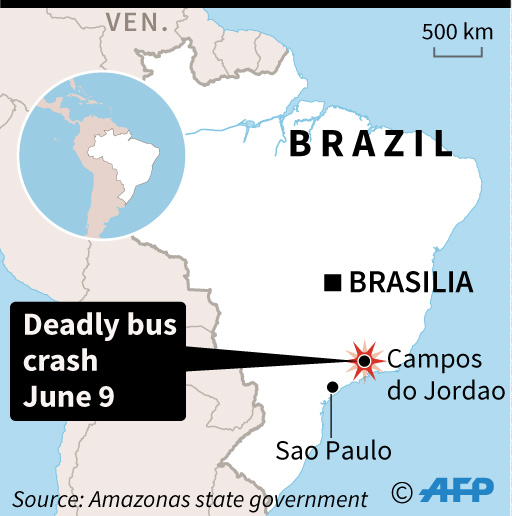 The fire brigade in the Campos de Jordao area, about 180 kilometers (110 miles) from Sao Paulo, confirmed to AFP that the accident was caused when a bus overturned, hitting other vehicles.

Media reported at least 17 deaths and a video shot by a witness shows a car involved in the accident turned into a tangled mass of scrap metal.

About 41,000 people died on Brazil’s roads in 2016, according to estimates in the World Health Organization’s 2018 global road safety report.