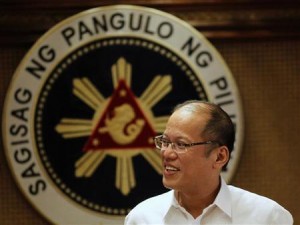 MANILA, Feb. 19 (PNA) — President Benigno S. Aquino III on Wednesday said the government has no verification if reports of alleged human rights violations against Filipino workers in Malaysia were at all true.

“I have not seen any proof of alleged human rights violations,” the President said in Filipino, during an ambush interview after the inauguration of the Estero de San Miguel Micro Medium-Rise building in Sampaloc, Manila.

He added the Department of Foreign Affairs (DFA) has not reported any case of abuses to OFWs in Malaysia.

The President, however, said that he did hear reports of deportation of Filipino workers in Malaysia caught without working permits.

He also assured that the DFA was working to look into alleged cases of maltreatment if there were any and to address them immediately.

President Aquino maintained that the rights of Filipino workers in Malaysia will be protected through fair and due process.

The issue on alleged maltreatment rose following the crackdown of undocumented foreign workers in Malaysia.

Many Filipinos work in Malaysia, and the issue of alleged maltreatment affected many of them, particularly those residing in Sabah which is a territory being claimed by the Philippines.

Although the President is scheduled to fly to Malaysia next week, he said that the country’s claims on Sabah will not be discussed.

Instead, he said discussion will be related to peace, trade and commerce. (source: Philippine News Agency)