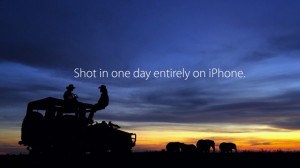 Would you believe that this short film was only shot using iPhone5s? Yes, and in fact , with crews working in 15 locations spread around five continents by none other than Jake Scott — the son of Ridley Scott, who directed Apple’s iconic “1984” Super Bowl commercial and also collaborated on the latest project. The  short film shows how the Mac changed everyone’s daily lives that include education, exploration, invention ,creation and how technology put us together.

“From sunrise in Melbourne to nightfall in Los Angeles, they documented people doing amazing things with Apple products,” the website explains. “They shot over 70 hours of footage — all with the iPhone 5s. Then it was edited and scored with an original soundtrack. Thanks to the power of the Mac and the innovations it has inspired, an effort that normally takes months was accomplished in a matter of days.”