The Department of Health’s latest update showed that active virus cases reached 50,473 but 90.9 percent of these are only mild, while 7.8 percent are considered asymptomatic.

As before, most of the active new cases added to the list came from Metro Manila at 2,041, followed by Laguna with 222 cases, Cebu with 221 cases, Cavite with 100 cases, and Rizal with 81 cases.

Recoveries added on Thursday, Aug. 6 were 569, bringing the total to 66,837. Deaths added were 28, but these occurred at various dates from May to August, all previously not reported. This brought the total COVID-19 fatalities to 2,150. 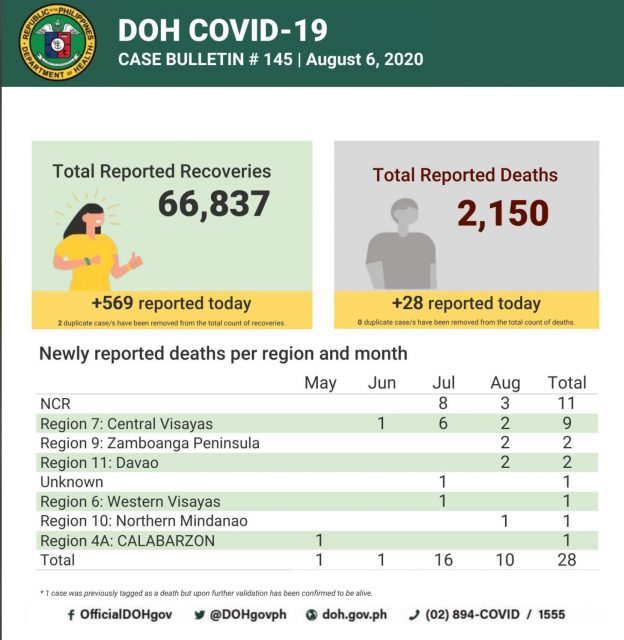 Most of the deaths added were from Metro Manila (11), followed by Central Visayas (9), Zamboanga Peninsula (2), Davao region (2), and one each from Western Visayas, Northern Mindanao, and CALABARZON, including one whose region was not known.

Early Thursday, Aug. 6, the DOH inaugurated its “one hospital command” to decongest hospitals of mild and asymptomatic COVID cases.